Super 78 has announced today the addition of veteran entertainment executive and entrepreneur Jay Williams to the newly created position of Executive Producer/Head of Growth, it was jointly announced by CEO Dina Benadon and President and Creative Director Brent Young. Williams will report directly to Benadon and Young.

In his position, Williams will oversee the day-to-day growth and operations of the Studio. He will manage the overall branding and positioning of Super 78 including Direct to Consumer and B2B. Additionally, he will focus on the Company’s growing lines of business including real-time “live” animation production tool, Geppetto; Collaboration platform tool, Mushroom VR; High Capacity VR Attraction “Reef Rescue’; and the product growth and distribution for O-zell Soda. Williams will continue on the Studio’s mission to create and grow additional IP and technology that is being developed through Super 78’s core attractions business. 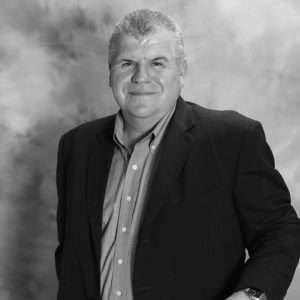 Williams will also work alongside Benadon and Young to further develop the non-profit initiative CECCI: The Center for Early Childhood Creativity and Innovation located at the Walt Disney Birthplace in Chicago and owned by Benadon and Young.

In making the announcement, Benadon said, “As we look to the next 20 years of Super 78 with our roots firmly planted in the theme park attraction and experience design space, we are thrilled to have Jay join our team and expand the growth of our studio along with our growing portfolio of IP and brands.”

Young added, “Dina and I have known Jay for many years and we are excited to have him officially become part of the Super 78 family. It is rare to find an executive with such a diverse background – ranging from over two decades of creative experience in Disney Theme Parks to motion picture and television marketing to producing…we hit the jackpot with Jay!”

Williams, who brings a wealth of entertainment marketing, branding, creative management and production expertise to Super 78 said, “Brent and Dina are talented leaders; they’ve built an amazing and unique company with a team of creative minds. As entertainment becomes more direct to consumer and immersive, I’m excited to be part of the team bringing a diverse portfolio of IP and technology to market and investors.”

Prior to joining Super 78, Williams was part of the team that won the first Primetime Emmy Award for Virtual Reality in 2015 and he was recently nominated for his second Emmy, for his work on the “The Walking Dead” Digital series “Red Machete” which was nominated for- Outstanding Short Form Comedy Or Drama Series in 2018. Before that, he served as president K/O Paper Products working along side Alex Kurtzman and Roberto Orci and cofounded Sneaky Shark with Roberto Orci where they produced Star Trek Beyond in 2016. His vast experience also includes nearly two decades as a senior executive for The Walt Disney Company including Walt Disney Attractions where he helped launch a variety of resorts, theme parks and attractions including Disney’s Animal Kingdom, Disneyland Paris Resort and the launch of Disney Cruise Line. Williams, who was handpicked from the theme parks, became SVP of Creative Content for The Walt Disney Studios. He worked on over 200 motion picture campaigns for all the Studio’s releases including “Finding Nemo,” “The Incredibles,” and the “Pirates of the Caribbean” franchise. Williams teaches part time for Loyola Marymount University school of Film and Television. He also taught marketing films at for many years at the American Film Institute. Williams is an active member of the Television Academy and Producers Guild of America.

FROM THE INPARK MAGAZINE ARCHIVES:

Jay Williams of Super 78 on The Five Spot

Joe Kleimanhttp://www.themedreality.com
Raised in San Diego on theme parks, zoos, and IMAX films, Joe Kleiman would expand his childhood loves into two decades as a projectionist and theater director within the giant screen industry. In addition to his work in commercial and museum operations, Joe has volunteered his time to animal husbandry at leading facilities in California and Texas and has played a leading management role for a number of performing arts companies. Joe has been News Editor and contributing author to InPark Magazine since 2011. HIs writing has also appeared in Sound & Communications, LF Examiner, Jim Hill Media, and MiceChat. His blog, ThemedReality.com takes an unconventional look at the attractions industry. Follow on twitter @themedreality Joe lives in Sacramento, California with his fiancé, two dogs, and a ghost.
Share
Facebook
Twitter
Linkedin
Email
Print
WhatsApp
Pinterest
ReddIt
Tumblr
Previous articleAudubon Butterfly Garden and Insectarium celebrates tenth “ANT-iversary”
Next articleTigris multi-launch coaster roaring into Busch Gardens Tampa Bay in 2019