Fantasy Springs to be name of newest themed port at Tokyo DisneySea, opening 2022 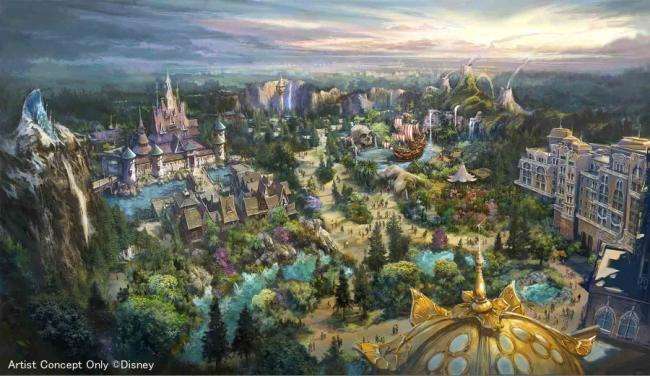 Oriental Land Co., Ltd. has announced that Fantasy Springs will be the name of the eighth and newest Tokyo DisneySea® themed port which is being developed together with a new Disney hotel. The themed port and hotel are scheduled to open in fiscal year 2022 as part of the large-scale expansion of Tokyo DisneySea Park. For this project, Oriental Land is investing 250 billion yen, the largest additional investment to date for existing facilities.

Themed to a magical spring that leads to a world of Disney fantasy, Fantasy Springs consists of three areas inspired by Disney films that are beloved by guests of all ages—Frozen, Tangled and Peter Pan. Stepping into this new themed port, guests will find waterfalls and ponds flowing with the magical spring waters. The themed port’s attractions and restaurants will give guests the opportunity to experience the story of each film. Overlooking Fantasy Springs and situated inside Tokyo DisneySea will be a Disney hotel that offers deluxe and luxury level accommodations.

The four attractions, three restaurants and one shop in Fantasy Springs, as well as the new Disney hotel, have all been newly developed exclusively for this expansion. With the opening of Fantasy Springs, Guests of Tokyo DisneySea will enjoy a first-of-its-kind, new world of fantasy in the only Disney Park themed to the myths and legends of the sea.