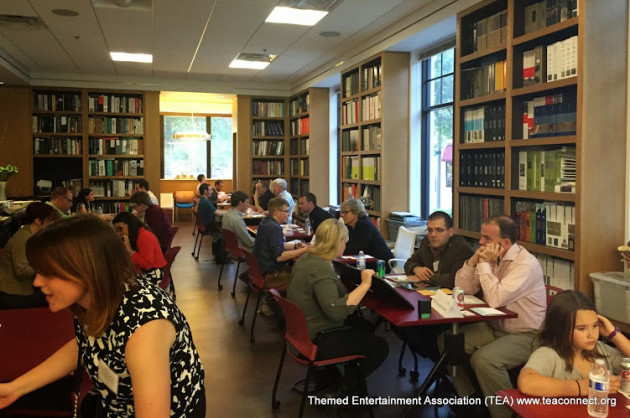 A TEA GibGab event enables up to 36 candidates to present themselves to as many as 18 different companies, in fields ranging from design and media to engineering and AV, from economics and project management to theme park operations, master planning and more.

“These young people are remarkable,” said TEA President Steve Birket (Birket Engineering) who participated in TEA GibGab East. “My own company has hired two TEA NextGen members in the past year. The large entertainment owner/operators tell me that TEA’s member companies are their lifeblood. The talent we cultivate is our industry’s future.” 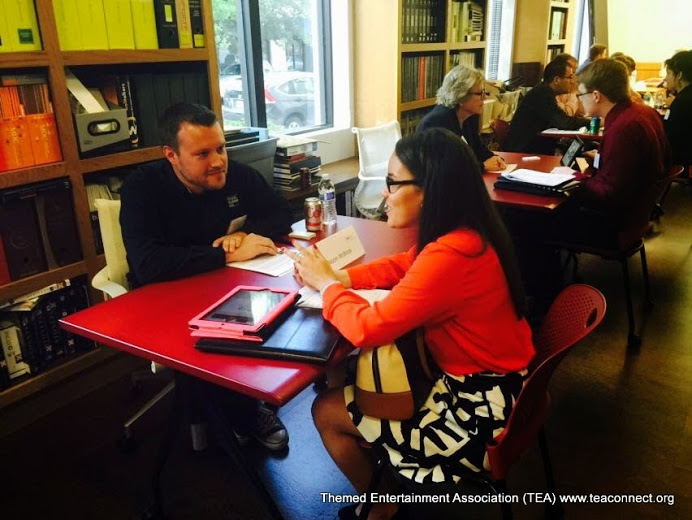 At TEA GibGab East, April 2 in Orlando, Florida, sponsored by and hosted at the offices of VOA Associates, with additional sponsors FUNA International and Nickelodeon, TEA NextGen Committee Chair Clara Rice of JRA reported that several attendees traveled to Orlando specifically to attend the event, including from as far away as Colorado and Montana. “Now that’s dedication!” said Rice. 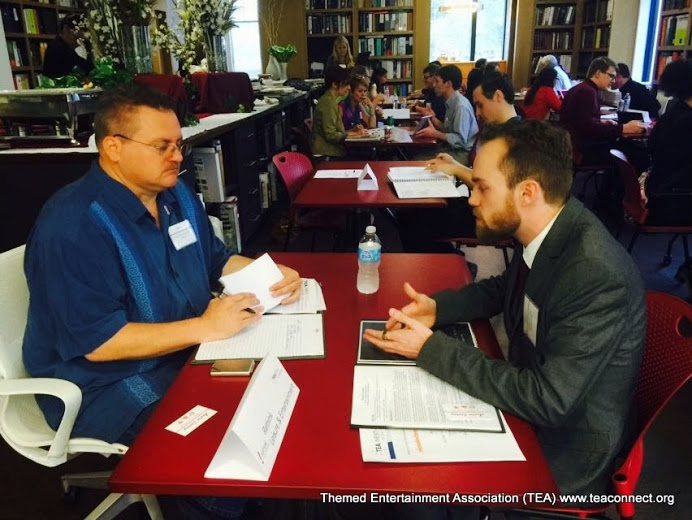 Future of the visitor attractions industry

Programs such as GibGab help perpetuate the unique culture of our industry,” said TEA COO Jennie Nevin.  “Especially in Asia, we are seeing dramatic growth in the leisure sector, and there is huge demand for what our members can provide. TEA is pleased to do its part to mentor new generations in the creation of compelling experiences and places.”

TEA activities of this nature are taking place around the world – in the Association’s Europe & Middle East Division and Asia Pacific Division, as well as its Eastern and Western North American Divisions. They include outreach to academics as colleges and universities develop themed entertainment curricula, and the formation of [email protected] clubs; mentoring programs, webinars and opportunities to volunteer at TEA conferences. TEA’s annual SATE conference (Storytelling + Architecture + Technology = Experience) in September is traditionally hosted on a college campus to make the most of the Association’s growing international dialog with students and the academic community.

Joe Kleimanhttp://wwww.themedreality.com
Raised in San Diego on theme parks, zoos, and IMAX films, InPark's Senior Correspondent Joe Kleiman would expand his childhood loves into two decades as a projectionist and theater director within the giant screen industry. In addition to his work in commercial and museum operations, Joe has volunteered his time to animal husbandry at leading facilities in California and Texas and has played a leading management role for a number of performing arts companies. Joe previously served as News Editor and has remained a contributing author to InPark Magazine since 2011. HIs writing has also appeared in Sound & Communications, LF Examiner, Jim Hill Media, The Planetarian, Behind the Thrills, and MiceChat His blog, ThemedReality.com takes an unconventional look at the attractions industry. Follow on twitter @ThemesRenewed Joe lives in Sacramento, California with his wife, dog, and a ghost.
Share
Facebook
Twitter
Linkedin
Email
Print
WhatsApp
Pinterest
ReddIt
Tumblr
Previous articleElectrosonic Engages Nature at Biomuseo in Panama City
Next articleWhiteWater Awarded Among Canada’s Best Managed Companies