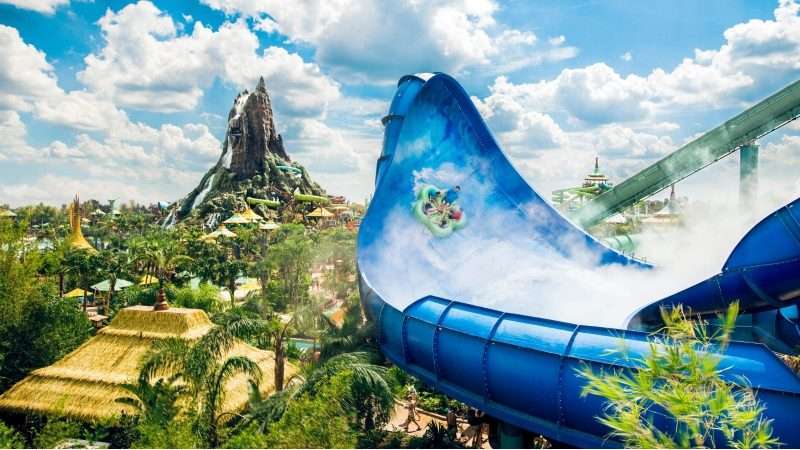 2019 is a monumental year for Technifex. Celebrating 35 years in business together, Rock Hall and Monty Lunde followed their dreams after years as Disney Imagineers to become small business owners.  Opening the doors of Technifex in 1984, they filled a niche providing design, engineering, and fabrication of technical special effects for corporate America. The Baltimore Power Plant, a Six Flags theme park, was their first project and it leapfrogged into work for telecom giant AT&T which solidified Technifex as a legitimate company.  Technifex eventually gained the attention of Universal Studios and history was made when Technifex was invited to work on the original King Kong attraction, in Hollywood, which launched their themed entertainment legacy.

Today Technifex is a very well-established themed entertainment supplier, taking on more and bigger projects year after year, in multiple verticals, including location-based entertainment, military, augmented reality, cruise lines, casinos, museums, hotels, and experiential events (what was exhibits).  The Technifex team continues to expand as Rock and Monty continue to add engineers, fabrication experts and senior management to meet the demands of their extensive project work.

Monty Lunde, Technifex’ President, remarks “Rock and I are very proud of Technifex’s 35-year legacy and the team we have assembled that really make the magic at Technifex happen. We are also extremely grateful to our clients who have had faith in our team’s ability to solve complex challenges and meet critical deadlines.  All in the name of fun!”

Technifex Products division has completed R&D and are in production of their expanded FauxFire® product line which features the world’s most realistic fake flame effects, packaged in several formats including a campfire, torch, and “afterburner” as turnkey products.  More information at http://technifex.com/products/.

This year, at the 2019 Thea’s gala in Anaheim on April 13th, Technifex was the proud recipients of their 26th Thea Award for Outstanding Achievement for their work on Universal Orlando Resort’s Volcano Bay water theme park.

Joe Kleimanhttp://www.themedreality.com
Raised in San Diego on theme parks, zoos, and IMAX films, Joe Kleiman would expand his childhood loves into two decades as a projectionist and theater director within the giant screen industry. In addition to his work in commercial and museum operations, Joe has volunteered his time to animal husbandry at leading facilities in California and Texas and has played a leading management role for a number of performing arts companies. Joe has been News Editor and contributing author to InPark Magazine since 2011. HIs writing has also appeared in Sound & Communications, LF Examiner, Jim Hill Media, and MiceChat. His blog, ThemedReality.com takes an unconventional look at the attractions industry. Follow on twitter @themedreality Joe lives in Sacramento, California with his fiancé, two dogs, and a ghost.
Share
Facebook
Twitter
Linkedin
Email
Print
WhatsApp
Pinterest
ReddIt
Tumblr
Previous articleVIDEO: Interviews from the 2019 TEA Summit
Next articleScruffy Dog project Dreamwood Park Russia wins Golden Pony Award

Blackpool Pleasure Beach: Coasters and carousels by the sea