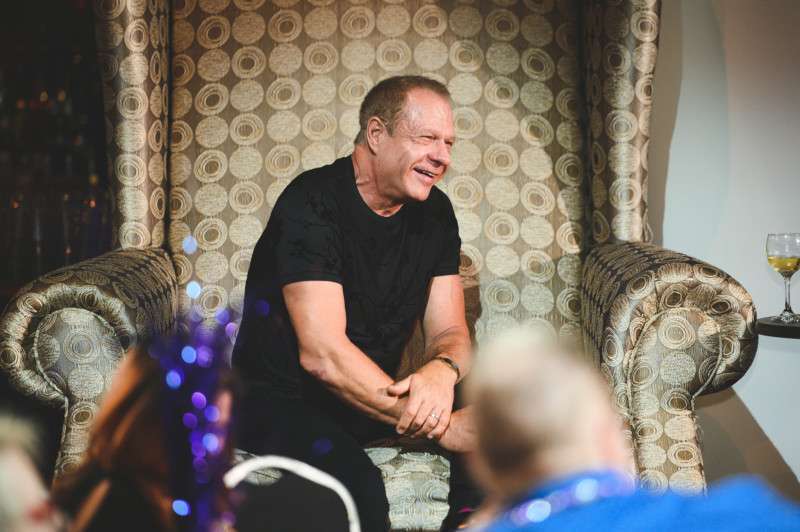 Technifex will be exhibiting in an even larger booth at the top of the aisle, Booth 1869, at this year’s IAAPA Expo in Orlando, November 19-22, 2019.  To help commemorate an amazing 35 years in the themed entertainment business, stop by the Technifex booth on Thursday, November 21st to pick up your very own Technifex Mardi Gras beads and lapel pins.  You can also wish Rock a fond farewell and meet the rest of the Technifex team: Monty Lunde (President), John Polk (VP – Senior Project Director), Joe Ortiz (VP Engineering), and Ryan Lunde (Manager, Technifex Products).

At a recent private celebration marking Technifex’s anniversary, Rock Hall’s birthday and retirement bash, Rock commented to the crowd of 200 close business clients, friends and family, “It’s been an amazing journey, working alongside my business partner and friend Monty Lunde for the past 35 years, and it is certainly bittersweet that I will be transitioning into retirement soon, but I couldn’t be happier that Technifex is in such great hands and the company is positioned to continue to grow and thrive.”

You can read about Monty and Rock’s career in the highlight articles featured in the November IAAPA issue of InPark Magazine and Blooloop. Technifex will continue the celebration at IAAPA Expo in Orlando with a cocktail and cake reception hosted by Panasonic Hollywood Lab in honor of the 35th anniversary of Technifex, Miziker Entertainment and Entertainment Technologies Inc, Thursday, November 21, 3-5pm in Panasonic Booth 857.