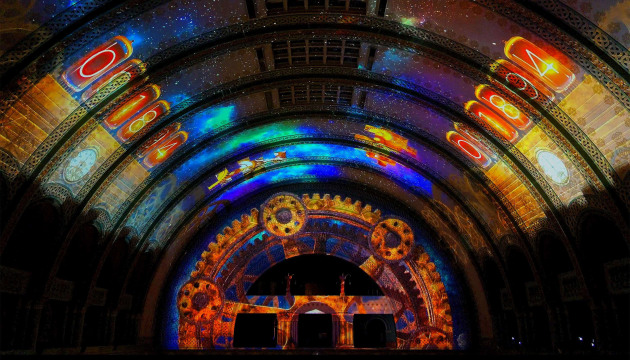 Austin, TX, USA /BUSINESS WIRE/ —The Themed Entertainment Association (TEA) and the International Association of Amusement Parks and Attractions (IAAPA) recently announced that the “Grand Hall Experience,” an immersive video and sound experience installed in St. Louis’s Union Station by Technomedia Solutions, has received the 2015 THEA Award for Outstanding Achievement Live Show and the IAAPA Brass Ring Award for Show Production and Entertainment/Displays and Sets. Part of a $66.3 million restoration project of the Grand Hall, the experience takes the audience from through a journey of adventure, illusion and exciting historic recreations through a series of inspiring vignettes projected on the walls and ceilings of The Grand Hall.

The THEA Award, created in 1994, recognizes excellence in the themed entertainment industry. The recipients of the awards are judged on guest experience, innovation/originality, creativity and viability. More than a hundred achievements compete every year and TEA gives between 12 and 18 awards at their annual Awards Gala. This award is not Technomedia’s first involvement in a recognized project by TEA – Technomedia was also a part of the Kennedy Space Center Launch Experience and Michael Jackson “ONE” by Cirque du Soleil, which were THEA award winners in 2008 and 2014 respectively, as well as five in total for 2015.

In 2012, Lodging Hospitality Management purchased the 120-year-old Union station with the goal of driving attendance to the station’s Grand Hall and adjacent bar/hotel. Their challenge for the renovation was how to accomplish this transformation without disturbing the hall’s historic architecture. One component of their overall solution was The Grand Hall Experience – an ultra high definition site and sound, projection mapping show. Offered several times nightly and free to the public, the show is the first of its kind in the United States. 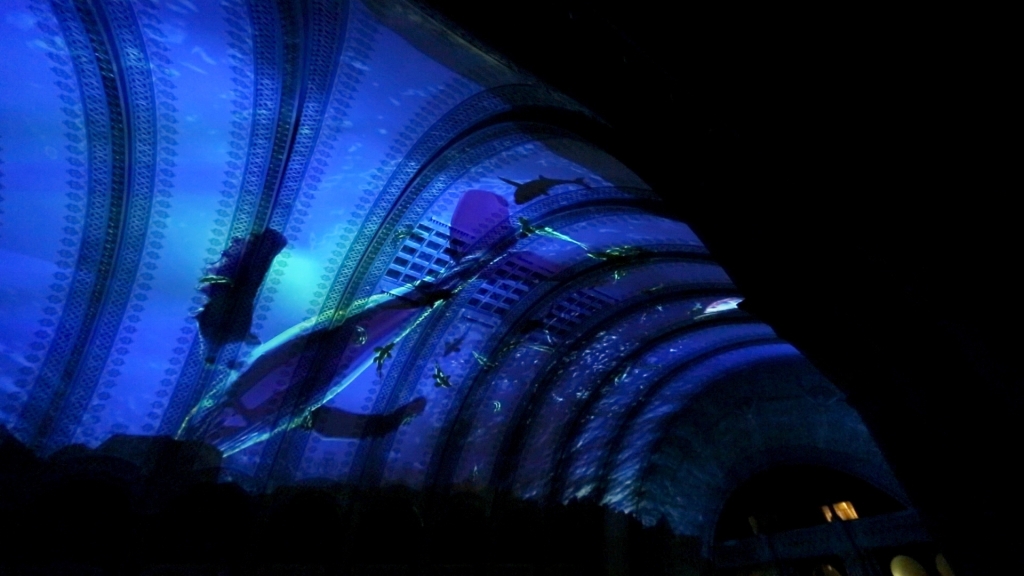 Technomedia, Mood Media’s Creative Innovation Division, designed this award-winning installation for the owners of Lodging Hospitality Management (LHM), Bob and Steve O’Loughlin, who were searching for a solution to drive traffic to Union Station and the adjacent bar and hotel. Technomedia provided the concept, design, media and technology turn-key to revitalize the historic landmark with the dramatic audiovisual content. The show was created and directed by John Miceli, President and Chief Creative Officer of Technomedia, in collaboration with Jack Rouse Associates.

“It is an honor to be recognized with the THEA Award for the Grand Hall Experience. The large, incredibly detailed 65-foot ceilings made for a fantastic and challenging creative canvas,” said Miceli. “Along with Bob O’Loughlin, Chad Smith and Steve O’Loughlin of LHM, our collaborative team led by Drew Atienza worked meticulously to turn the lobby venue into one of St. Louis’s most exciting and popular new attractions. We plan to keep the experience fresh with new content and even allow college students of film and creative design to create their own vignettes and art for the show in 2015. We are excited to continue working with LHM bringing more new and exciting experiences to Union Station.”

Joe Kleimanhttp://wwww.themedreality.com
Raised in San Diego on theme parks, zoos, and IMAX films, Joe Kleiman would expand his childhood loves into two decades as a projectionist and theater director within the giant screen industry. In addition to his work in commercial and museum operations, Joe has volunteered his time to animal husbandry at leading facilities in California and Texas and has played a leading management role for a number of performing arts companies. Joe has been News Editor and contributing author to InPark Magazine since 2011. HIs writing has also appeared in Sound & Communications, LF Examiner, Jim Hill Media, and MiceChat. His blog, ThemedReality.com takes an unconventional look at the attractions industry. Follow on twitter @ThemesRenewed Joe lives in Sacramento, California with his fiancé, two dogs, and a ghost.
Share
Facebook
Twitter
Linkedin
Email
Print
WhatsApp
Pinterest
ReddIt
Tumblr
Previous articleChance Rides Now Offering Zipper with LED Lighting Package
Next articleIMPLY Introduces MiniBowling and Licensed Games at IAAPA Attractions Expo