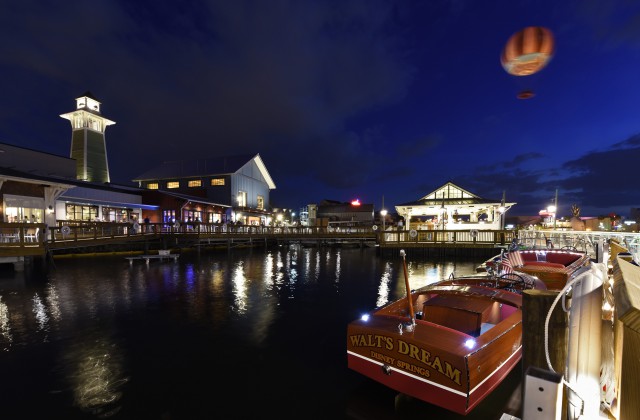 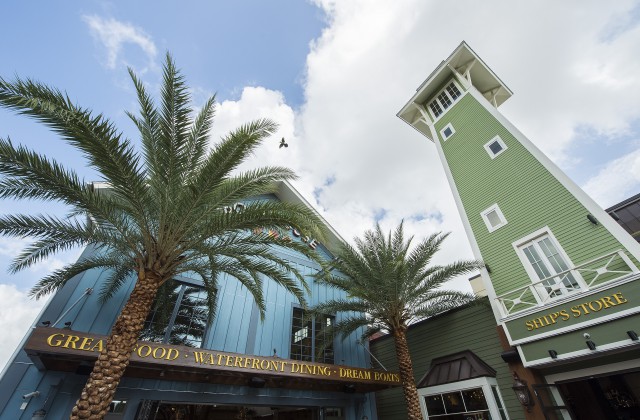 The BOATHOUSE officially opened its doors on April 13, 2015 as one of the new venues in The Landing, the first of four planned neighborhoods as Downtown Disney transitions into Disney Springs, an exciting new waterfront district for shopping, dining and entertainment. Completion of Disney Springs is set for 2016.

The BOATHOUSE is an upscale, waterfront dining experience featuring spectacular floating artwork: dream boats from the 30’s, 40’s & 50’s. The restaurant is 24,000 square feet, with 8,000 feet devoted to the state-of-the-art kitchen where an extensive menu is prepared, showcasing steaks, chops, fresh seafood and a raw bar. The BOATHOUSE will seat up to 600 guests and will serve guests until 2 a.m. The restaurant is designed with spectacular nautically-themed rooms including The Runabout, Twin Transoms, and The Lake House. 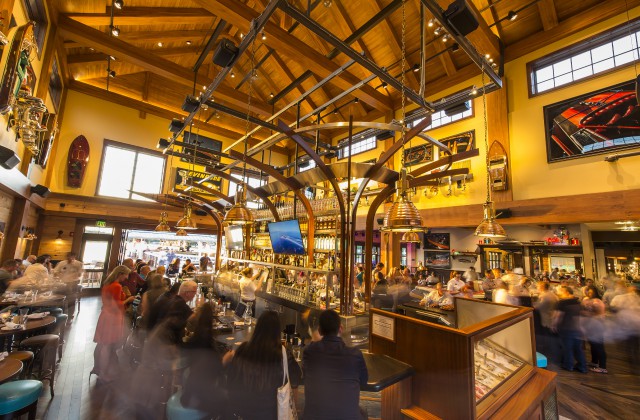 There are also two private dining rooms: The Regatta and The Trophy Room for hosting special events, receptions, and corporate presentations. In addition, there are three distinctive bars featuring classic craft cocktails, along with an extensive list of wines, anchored by iconic American vineyards. Bars include: The Captain’s Raw Bar, The Admiral’s Club Bar and The Dock Bar, which is built over the water and attached to over 300 feet of boardwalk and docks, connecting all areas of the restaurant. The BOATHOUSE restaurant will be managed by the award-winning Gibsons Restaurant Group, internationally renowned and celebrated for exceptional food, service and hospitality. 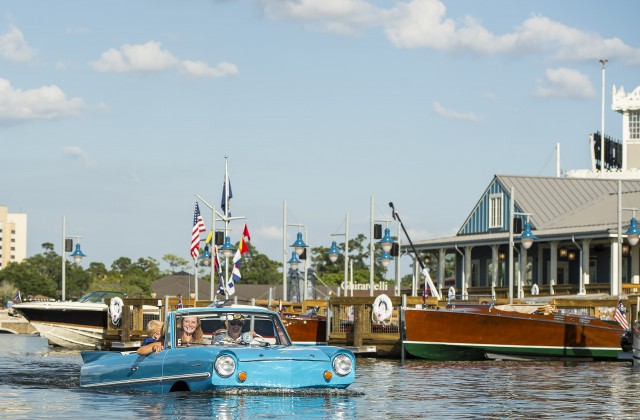 More than a dining experience, The BOATHOUSE immerses guests inside and out with waterfront adventures including live music and romantic Captain’s guided tours aboard The Venezia, a beautifully crafted 40-foot wooden Italian Water Taxi featuring champagne toasts and chocolate-covered strawberries. There is also a multi-million dollar fleet of 19 rare boats on display, gathered from museums, private collectors, and boat shows from around the world. 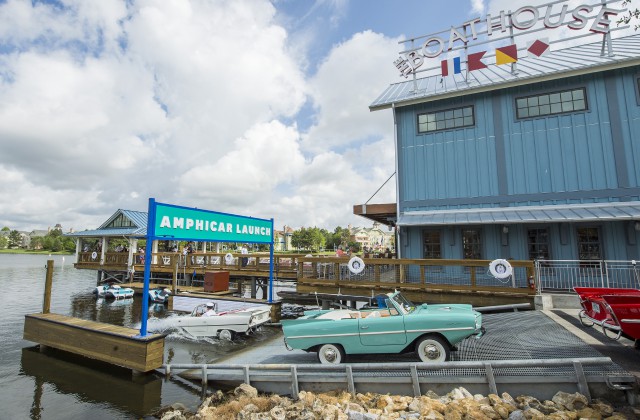 Among the star attractions are Captain-guided tours from The BOATHOUSE Amphicars. These amphibious autos launch from land, entering the water with a splash, taking guests on a 20-minute tour of the landmarks of Downtown Disney. Most people have never seen an amphicar because there were only 3,878 of these unique vehicles produced from 1961 to 1968. The BOATHOUSE Amphicars have all been completely restored in order to delight guests with the ride of a lifetime.

Throughout each day and evening, The BOATHOUSE Harbor Master will orchestrate flag ceremonies, accompanied by a lively musical performance of beloved bugle songs, performed aboard a classic 1800’s antique steam boat.

The Ship’s Store, adjacent to The BOATHOUSE restaurant, sports an All-American look, reminiscent of the art deco period of 1939 to 1959, updated with modern mahogany accents. Authentic nautical items are featured at The Ship’s Store such as custom engraved paddles and life rings personalized with a guest’s name or favorite saying, along with Rubba Ducks, distinctive lake-themed merchandise, fine apparel, jewelry, and unique items “Made on Earth.” 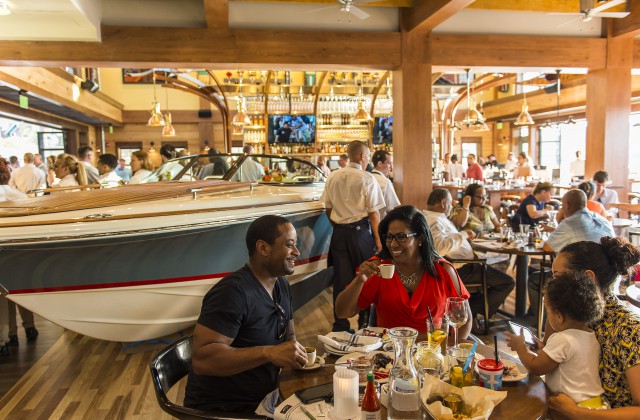 “We are extremely honored to open The BOATHOUSE at Downtown Disney, and to be part of the upcoming and exciting transformation into Disney Springs,” said creator Steven Schussler. “We are very proud of our menu and the upscale experience that we have created for our guests. Unbelievable food and service are the top priority, so we chose to partner with Gibsons Restaurant Group to bring their culinary expertise and legendary great service to The BOATHOUSE. In addition to the amazing food, The BOATHOUSE offers a number of water adventures including the guided Captain’s tours on our 40-foot Italian Water Taxi and Amphicars, as well as live music daily.”

Joe Kleimanhttp://wwww.themedreality.com
Raised in San Diego on theme parks, zoos, and IMAX films, InPark's Senior Correspondent Joe Kleiman would expand his childhood loves into two decades as a projectionist and theater director within the giant screen industry. In addition to his work in commercial and museum operations, Joe has volunteered his time to animal husbandry at leading facilities in California and Texas and has played a leading management role for a number of performing arts companies. Joe previously served as News Editor and has remained a contributing author to InPark Magazine since 2011. HIs writing has also appeared in Sound & Communications, LF Examiner, Jim Hill Media, The Planetarian, Behind the Thrills, and MiceChat His blog, ThemedReality.com takes an unconventional look at the attractions industry. Follow on twitter @ThemesRenewed Joe lives in Sacramento, California with his wife, dog, and a ghost.
Share
Facebook
Twitter
Linkedin
Email
Print
WhatsApp
Pinterest
ReddIt
Tumblr
Previous article“TORUK – The First Flight” Announced as Name of Cirque du Soleil’s Avatar-inspired Show
Next articleWho are the people in your MuseumExpo neighborhood?