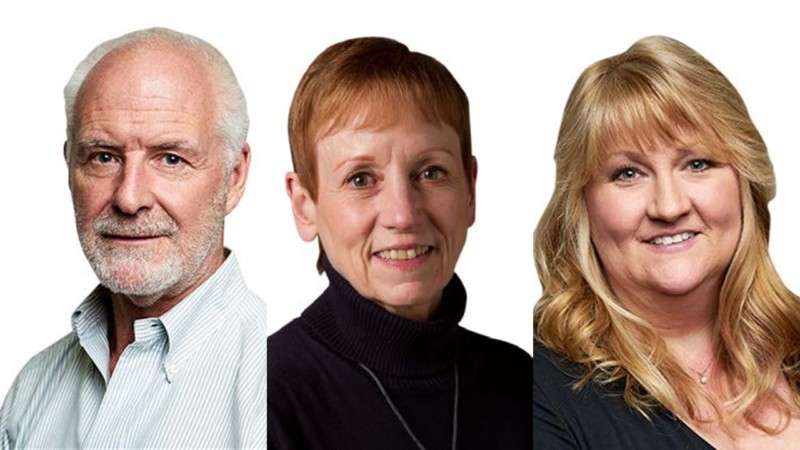 Scott Sinclair has been promoted to Executive Director of Design. In his newly expanded role, Scott will have executive responsibility over all design efforts  at The Hettema Group (THG), making sure they meet the highest standards of quality for the company’s clients. Since 2013 Scott has designed or overseen dozens of high-profile projects at THG. The speed and quality of his work have made him well regarded in the industry. Prior to joining The Hettema Group, Scott led the design of numerous large projects at Sony, Walt Disney Imagineering and Warner Bros.

After 12 years as General Manager for The Hettema Group, Debbie Saale has retired. Debbie was responsible for day-to-day administrative operations and helped infuse the company with a culture of caring and kindness. She oversaw multiple expansions of both personnel and office space as the company grew from a boutique consultancy to the full-service design studio it is today. Debbie played a key role in the Hettema Group’s continual development.

Assuming the role of General Manager will be Kelley Ritch. Previously, Kelley was a Senior Producer, overseeing large multi-disciplinary teams on multi-year efforts for major international projects. Her ability to handle day-to-day details while having an eye on  the  big  picture will be as invaluable as her deep experience in themed entertainment production and management. Pre-Hettema Group, Kelley was the  Director of  Operations at  Lexington Design &  Fabrication, where she was responsible for policies and procedures for the  250+ employee organization.

Joe Kleimanhttp://wwww.themedreality.com
Raised in San Diego on theme parks, zoos, and IMAX films, InPark's Senior Correspondent Joe Kleiman would expand his childhood loves into two decades as a projectionist and theater director within the giant screen industry. In addition to his work in commercial and museum operations, Joe has volunteered his time to animal husbandry at leading facilities in California and Texas and has played a leading management role for a number of performing arts companies. Joe previously served as News Editor and has remained a contributing author to InPark Magazine since 2011. HIs writing has also appeared in Sound & Communications, LF Examiner, Jim Hill Media, The Planetarian, Behind the Thrills, and MiceChat His blog, ThemedReality.com takes an unconventional look at the attractions industry. Follow on twitter @ThemesRenewed Joe lives in Sacramento, California with his wife, dog, and a ghost.
Share
Facebook
Twitter
Linkedin
Email
Print
WhatsApp
Pinterest
ReddIt
Tumblr
Previous articleFarbound: Game masters
Next articleGreen Hippo’s Hippotizer Media Servers control the show at Cairo’s Panorama 6th October Museum