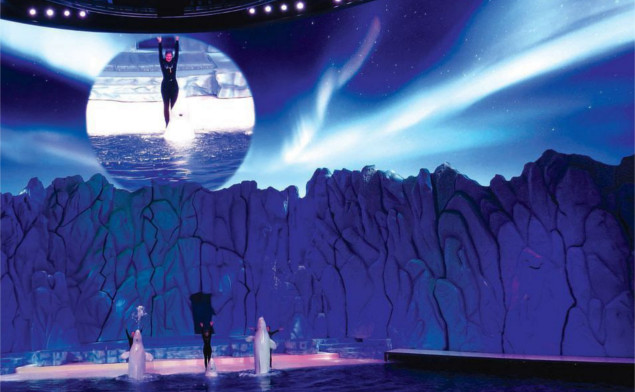 ABOVE: “Under the Polar Moon” beluga whale show at Chimelong Ocean Kingdom. Technical direction and project management provided by The Producers Group. “With Brian’s resources and connections in both Asia and the Middle East, as well as the United States, we are looking forward to continued expansion in all three markets,” said Edward Marks of TPG’s newest hire.

“We’ve known Brian for several years now, and have seen the dedication he brings to every project he finds,” said Bob Chambers. “We’re excited to see the kinds of projects he’ll be bringing through the door.”

The Producers Group continues to build upon an international reputation, having completed an extensive list of projects in China, South East Asia, and the Middle East. “The addition of Brian Paiva increases our commitment to continue bringing best practices in project management and turnkey production to today’s fastest growing markets of the Themed Entertainment industry,” said Marks.