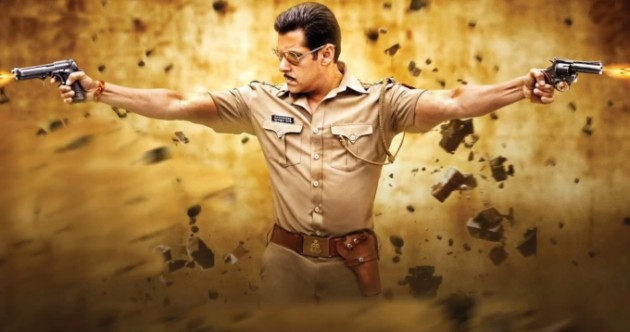 “Bringing the elaborate Dabangg movie stunts to a live show is a challenge requiring precise choreography of live actors with high-end gear, special effects and complex technical integration,” said Dubai Parks & Resorts Chief Technology Officer Matthew Priddy. “We selected The Producers Group because they have the technical skillset as well as the experience of keeping this kind of unique project moving with an international team on a tight schedule.”

“We’re thrilled and honored to be part of the team that brings the Dabangg franchise to a theme park platform,” said Edward Marks, co-CEO of The Producers Group. “Dabangg has a huge fan base and we know that we must meet their expectations with an authentic, high-quality Dabangg experience.” 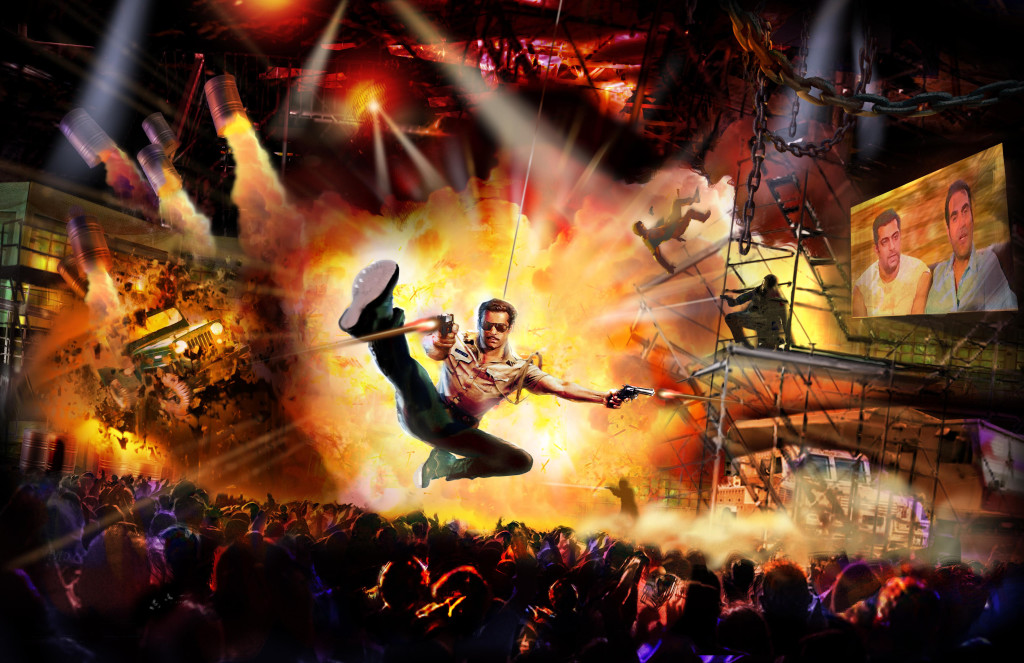 The first Dabangg movie was released in 2010 from Arbaaz Khan Productions. Its protagonist, Chulbul Pandey, is a bold, athletic police officer. Its popularity spawned a franchise: Dabangg 3 is currently in the works.

The Dabangg stunt show is part of the park’s Rustic Ravine zone which combines several cinema-themed attractions. The 2.1 million square foot Bollywood Parks™ Dubai includes five themed zones and 16 rides and attractions, will be operated by Parques Reunidos Servicios Centrales and is billed as “dedicated to all things Bollywood.”

Bollywood Parks™ Dubai is part of Dubai Parks and Resorts which will also feature motiongate™ Dubai – a unique theme park showcasing some of Hollywood’s most beloved characters from DreamWorks Animation, Sony Pictures Studios and Lionsgate as well as the region’s first LEGOLAND® Park and a LEGOLAND® Water Park. The entire destination will be connected by Riverland™ Dubai – a retail, dining and entertainment walkway and guests can stay at the Lapita™ Hotel, Autograph Collection, a Polynesian-themed resort catering to families.

Joe Kleimanhttp://wwww.themedreality.com
Raised in San Diego on theme parks, zoos, and IMAX films, Joe Kleiman would expand his childhood loves into two decades as a projectionist and theater director within the giant screen industry. In addition to his work in commercial and museum operations, Joe has volunteered his time to animal husbandry at leading facilities in California and Texas and has played a leading management role for a number of performing arts companies. Joe has been News Editor and contributing author to InPark Magazine since 2011. HIs writing has also appeared in Sound & Communications, LF Examiner, Jim Hill Media, and MiceChat. His blog, ThemedReality.com takes an unconventional look at the attractions industry. Follow on twitter @ThemesRenewed Joe lives in Sacramento, California with his fiancé, two dogs, and a ghost.
Share
Facebook
Twitter
Linkedin
Email
Print
WhatsApp
Pinterest
ReddIt
Tumblr
Previous articleExpo 2020 Dubai Logo Links Past to Future
Next articleLeading Themed Entertainment and Creative Designers Honor Ryman Arts and its Dedication to Fostering Teen Artists at “Power Up” Celebration