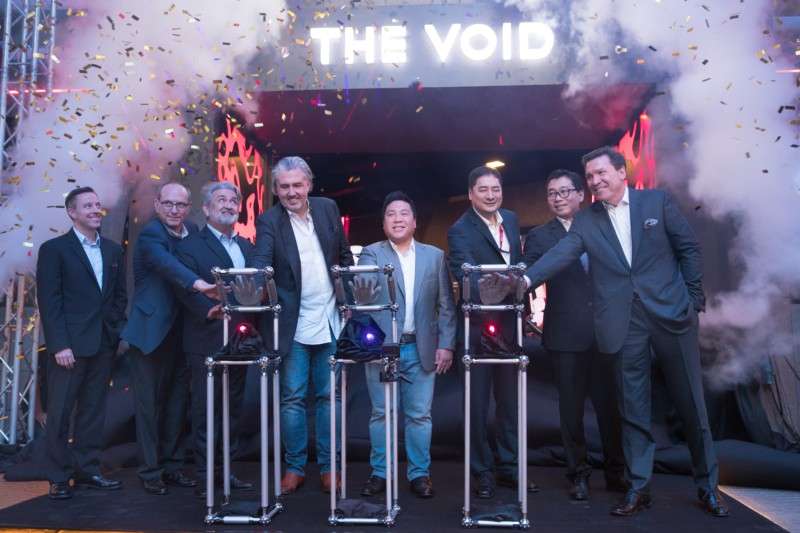 A highly anticipated hyper reality experience was unveiled on December 6 at the new fully immersive experience center The VOID which spans nearly 7000 sq. ft. at Skytropolis Funland, Resorts World Genting, Malaysia. It is the biggest The VOID center outside of North America and the first and biggest in Asia.

Guests from across the region visiting the iconic resort, sitting high in the 130 million-year-old jungle will be able to enjoy The VOID’s ground-breaking entertainment for the first time in Asia.

Dato Edward Holloway, Executive Vice President of Leisure & Hospitality said: “Genting strives to partner with global leaders in their fields and when it comes to virtual reality, The VOID represents the success of technology in extending the frontiers of hyper reality. We are indeed honored to be The VOID’s first location in their expansion plan in Asia.

“As for Resorts World Genting, this is a great leap forward in entertainment for us and we have invested an initial RM10 million to present this unparalleled level of immersion and interactivity to our visitors in Asia. Bringing The VOID’s experience to our guests and visitors fits perfectly with our mission to offer world-class unforgettable experiences at Resort World Genting.”

Craig Watson, Chairman and CEO of The VOID said: “Our partnership and collaboration with Resorts World Genting has provided many proud moments for the team at The VOID. We strive to bring The VOID’s acclaimed immersive hyper-reality experience to fans around the world. Opening our very first center in Asia at such an iconic location in Malaysia is a great start to our introduction to the region.”

Over 200 special guests, including Star Wars fans, gathered for the grand opening where — instead of a traditional ribbon cutting — the opening ceremony was taken up a notch with laser palm pads shooting up beams of light as a nod to the Star Wars universe with representation by the guests of honor to officially launch The VOID with Star Wars: Secrets of the Empire by ILMxLAB and The VOID.

The attendees were awed by the arrival of Stormtroopers from a galaxy far, far away who were on hand for the opening. The VOID opened to the public on December 6 after an exclusive preview for partners of Resorts World Genting from 1-5 December.

The VOID’s hyper-reality experience center effortlessly switches between different titles to bring two of most iconic experiences available at The VOID to guests:

Star Wars: Secrets of the Empire will take guests through a breath-taking journey where guests will feel the impact of blaster bolts, smell smoke from the surrounding environment, push buttons to solve an interactive puzzle to escape enemies, all while coordinating directly with their unit in real time through the blended virtual and physical world.

Ralph Breaks VR, an original hyper-reality experience created by ILMxLAB and The VOID in collaboration with Walt Disney Animation Studios, based on their latest hit film Ralph Breaks the Internet. In Ralph Breaks VR, guests will sneak onto the internet disguised as netizens to play the newest, coolest video game ever. Guests will shoot retro alien spaceships, squash pixel bugs, and fend off hordes of bunnies, and kitties in the Pancake Milkshake Diner while they team up with Ralph and Vanellope in the race against time to see who can rack up the highest score! It’s all fun and games until an evil security system shows up and threatens to take everyone offline…permanently.

Tickets for Star Wars: Secrets of the Empire and Ralph Breaks VR at The VOID are available for pre-order on www.rwgenting.com.

Joe Kleimanhttp://wwww.themedreality.com
Raised in San Diego on theme parks, zoos, and IMAX films, InPark's Senior Correspondent Joe Kleiman would expand his childhood loves into two decades as a projectionist and theater director within the giant screen industry. In addition to his work in commercial and museum operations, Joe has volunteered his time to animal husbandry at leading facilities in California and Texas and has played a leading management role for a number of performing arts companies. Joe previously served as News Editor and has remained a contributing author to InPark Magazine since 2011. HIs writing has also appeared in Sound & Communications, LF Examiner, Jim Hill Media, The Planetarian, Behind the Thrills, and MiceChat His blog, ThemedReality.com takes an unconventional look at the attractions industry. Follow on twitter @ThemesRenewed Joe lives in Sacramento, California with his wife, dog, and a ghost.
Share
Facebook
Twitter
Linkedin
Email
Print
WhatsApp
Pinterest
ReddIt
Tumblr
Previous articleBusch Gardens Tampa Bay granted American Humane Seal for positive treatment of animals
Next articleGermany’s Tropical Islands acquired by Parques Reunidos for €226 million