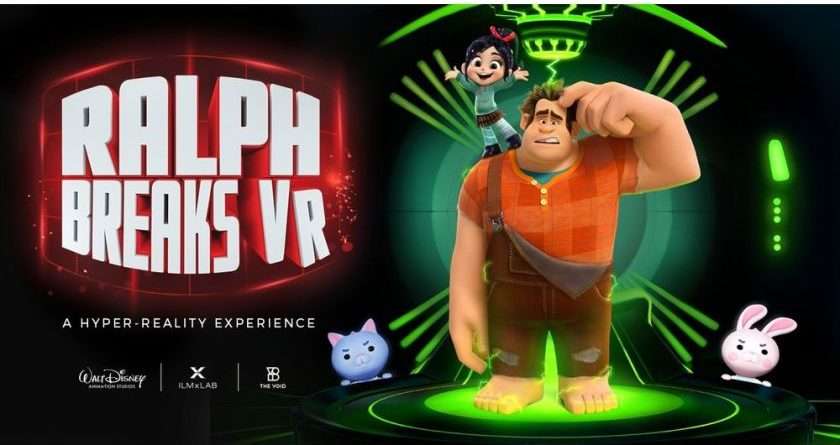 The VOID and ILMxLAB announced their upcoming hyper-reality production slate to be released through 2019. The two companies will collaborate on five original Disney IP hyper-reality experiences, the first two to be created in collaboration with Walt Disney Animation Studios and Marvel Studios:

The overwhelming success of Star Wars™: Secrets of the Empire has made it clear there is a high demand for world class hyper-reality experiences set within beloved Disney universes. As a result, ILMxLAB has been named as the exclusive producer for the Marvel Studios and Walt Disney Animation Studios hyper-reality experiences and three more Disney titles to follow, in collaboration with The VOID.

“Partnering with the creative teams at ILMxLAB & The VOID on this new type of immersive storytelling adventure is an exciting opportunity. For the first time, we will give fans the chance to walk into the Marvel Cinematic Universe and interact with some of their favorite characters,” said Kevin Feige, President of Marvel Studios.

“Our filmmakers and the terrific people at ILMxLAB have collaborated to bring an incredible hyper-real experience, for all ages, to The VOID,” said Oscar®-winning “Ralph Breaks the Internet” producer Clark Spencer. “We can’t wait for people to be immersed in the worlds of the internet and online gaming with Wreck-It Ralph and Vanellope.”

“At ILMxLAB, we are truly excited for fans to ‘Step Inside Our Stories’ by extending our award-winning creative collaboration with The VOID across The Walt Disney Company. Together, we will soon invite guests into other beloved Disney franchises where they can explore rich worlds, engage with compelling characters, embark upon heart-pounding adventures, and indulge the senses — experiencing the magic as never before,” said Vicki Dobbs Beck, ILMxLAB Executive in Charge.

“Working with our friends at ILMxLAB to help bring Star Wars fans directly into that galaxy far, far away in such a strong creative process, it became apparent we needed to continue on this path as The VOID establishes itself as a leader in location-based entertainment,” said Craig Watson, Chairman & CEO of The VOID. “This is just the beginning of our collaboration with ILMxLAB, Marvel Studios, and Walt Disney Animation Studios as together we broaden the possibilities for immersive storytelling experiences to reach places previously only available in the imagination.”

Additional experience details including specific release dates, locations, trailers and ticket availability will be announced at a later date. Tickets for Star Wars: Secrets of the Empire are available at www.thevoid.com and “Ralph Breaks the Internet” is in theaters November 21, 2018.

Joe Kleimanhttp://wwww.themedreality.com
Raised in San Diego on theme parks, zoos, and IMAX films, Joe Kleiman would expand his childhood loves into two decades as a projectionist and theater director within the giant screen industry. In addition to his work in commercial and museum operations, Joe has volunteered his time to animal husbandry at leading facilities in California and Texas and has played a leading management role for a number of performing arts companies. Joe has been News Editor and contributing author to InPark Magazine since 2011. HIs writing has also appeared in Sound & Communications, LF Examiner, Jim Hill Media, and MiceChat. His blog, ThemedReality.com takes an unconventional look at the attractions industry. Follow on twitter @ThemesRenewed Joe lives in Sacramento, California with his fiancé, two dogs, and a ghost.
Share
Facebook
Twitter
Linkedin
Email
Print
WhatsApp
Pinterest
ReddIt
Tumblr
Previous articlePam Lifford named President of Warner Bros. Global Brands and Experiences
Next articleInaugural Marty and Leah Sklar Creative Visionary Award to be awarded by Ryman Arts to Marvel Studios President Kevin Feige