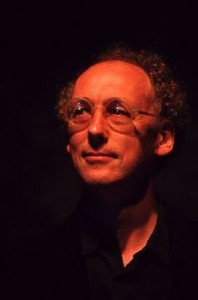 (June 25, 2013) —  InPark News has received word  that architect and stage designer Mark Fisher passed away yesterday.  His impressive portfolio includes concert tours for U2, the Rolling Stones, and Pink Floyd, as well as Cirque du Soleil shows in Las Vegas and the Beijing Olympics Opening Ceremonies.  He was also an executive produce on the Opening and Closing Ceremonies of the London Olympics and Paralympic Games.  Two of his more iconic creations were The Wall concerts (the original 1980 Pink Floyd tour, Roger Waters 1990 Berlin event at Potsdamer Platz, and the current Roger Waters tour) and the Rolling Stones Steel Wheels tour, which appeared in IMAX theaters in “Rolling Stones at the Max.”  His design for Metallica’s 2012 concert tour will be featured in the upcoming IMAX 3D film “Metallica: Through the Never,” produced by 3D and giant screen veteran Charlotte Huggins.  Fisher was also the architect of The Big O at Yeosu Expo 2012, which earlier this year was awarded at Thea Award by the TEA.

Here is his official biography from the Mark Fisher Studio:

Mark Fisher is a chartered architect registered in the UK. He is the founder and managing director of Stufish, the Mark Fisher Studio. He has specialized in the design of entertainment projects for the whole of his professional career.

His permanent theatre designs include the 2000 seat theatre and stage machinery for KÀ by Cirque du Soleil in Las Vegas and the design of the water stadium and scenic effects for the Opening Ceremony of the Asian Games in Guangzhou in November 2010.

His portable architecture projects include twelve of the most complex stadium rock shows ever toured. His artistically and technically innovative portable concert stages have been constructed several thousand times in cities all over the world. Mark’s rock show design credits include ‘The Wall’ (for Pink Floyd in 1980, for Roger Waters solo in Berlin in 1990, and as a world tour in 2010-12); every Rolling Stones show since 1989 and every U2 concert since 1992. Recent shows include ‘The Immortal Michael Jackson’ for Cirque du Soleil and Elton John’s ‘Million Dollar Piano’ at Caesar’s Palace in Las Vegas. Touring shows in 2012 include Lady Gaga’s ‘Born This Way’ Ball’, Madonna’s ‘MDNA’ tour and Metallica’s ‘Death Magnetic tour.

His event design credits include the Queen Victoria Memorial stage at Buckingham Palace for HM the Queen’s Diamond Jubilee in 2012, the Opening Ceremony for the 2010 Asian Games in Guangzhou and the Opening and Closing Ceremonies for the 2008 Beijing Olympic Games. His theatre shows include the London West End hit ‘We Will Rock You’, and two permanent shows – ‘KÀ’ and ‘Viva Elvis’- for Cirque du Soleil in Las Vegas. Expo installations include the Big O multimedia lagoon landmark for Yeosu Expo 2012 in South Korea, the Millennium Show in London and Aquamatrix at Lisbon Expo98.

Mark is an Executive Producer for the London 2012 Olympic and Paralympic Opening and Closing Ceremonies. His current projects include the design of several entertainment buildings in China for the Dalian Wanda Group, and the production design of a high-tech water show in China with Franco Dragone.

Joe Kleimanhttp://wwww.themedreality.com
Raised in San Diego on theme parks, zoos, and IMAX films, InPark's Senior Correspondent Joe Kleiman would expand his childhood loves into two decades as a projectionist and theater director within the giant screen industry. In addition to his work in commercial and museum operations, Joe has volunteered his time to animal husbandry at leading facilities in California and Texas and has played a leading management role for a number of performing arts companies. Joe previously served as News Editor and has remained a contributing author to InPark Magazine since 2011. HIs writing has also appeared in Sound & Communications, LF Examiner, Jim Hill Media, The Planetarian, Behind the Thrills, and MiceChat His blog, ThemedReality.com takes an unconventional look at the attractions industry. Follow on twitter @ThemesRenewed Joe lives in Sacramento, California with his wife, dog, and a ghost.
Share
Facebook
Twitter
Linkedin
Email
Print
WhatsApp
Pinterest
ReddIt
Tumblr
Previous article
Launching in Four Days….
Next article
Exploratorium to Offer Summer Events on Waterfront Farmers Market Days