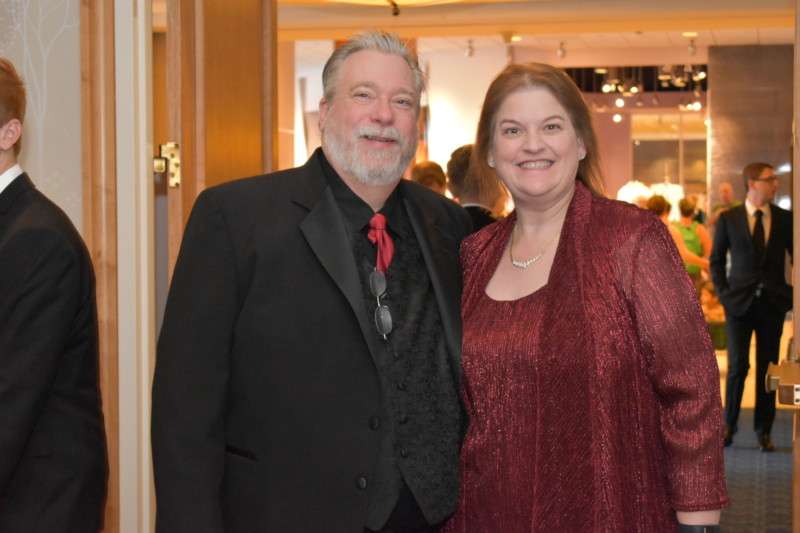 AVIXA™, the Audiovisual and Integrated Experience Association, is pleased to announce the 2019 recipients of its annual awards. Honorees will be recognized in a ceremony on InfoComm 2019’s Center Stage at the Orange County Convention Center in Orlando, Fla., on Wed., June 12, at 4 p.m.

Each year, AVIXA recognizes outstanding AV professionals for their contributions, leadership, and commitment to excellence. Members of the industry nominate individuals for the Adele De Berri Pioneers of AV, Mackey Barron Distinguished Achievement, Fred Dixon Service in Education, CTS® Holder of the Year, Educator of the Year, Women in AV, and Young AV Professionals awards. The Harald Thiel Volunteer of the Year Award is bestowed by AVIXA staff.

“Congratulations to all this year’s winners,” said David Labuskes, CTS, CAE, RCDD, Chief Executive Officer, AVIXA. “This industry continues to be lifted and enriched by the many creative, innovative, committed professionals who devote their time and expertise. AVIXA is especially fortunate to benefit from so many of their contributions.”

Danley was interested in radio, electronics, loudspeakers, and “hi-fi” since childhood. In 1979, he went to work for Intersonics, a NASA contractor, where he invented an acoustic levitation sound source 100 times more efficient than previous technology. He was awarded 17 patents for acoustic and electromagnetic levitation devices and designed and built major portions of the hardware flown on space shuttle flights. In 2005, Danley and Mike Hedden founded Danley Sound Labs, where, among other inventions, he created the Synergy Horn, which combines the output of multiple drivers into a single horn.

Somers helped lead Extron since 1988, most recently as Vice President of Engineering, growing the company’s catalog to more than 5,000 products. He was an integral leader of and contributor to the InfoComm Projection Shoot-Out from 1992 to 2001, a bellwether industry event that contributed to the trade show’s success. Somers was named AVIXA’s Volunteer of the Year in 2009 and served the association in various capacities, including as an adjunct instructor and member of the Professional Education and Training Committee (PETC).

In 1991, AV industry pioneer Fred Dixon asked Moore to teach part of Dixon’s AV design class for InfoComm and it launched “Mr. Audio,” as Moore would become known by AVIXA staff, on his decades-long involvement with the association’s audio curriculum. He joined Lectrosonics in 1971, and under his guidance, members of the company’s engineering team received a 2017 Academy Award for Technical Achievement. Moore was an AVIXA Senior Instructor, received AVIXA’s Educator of the Year Award in 2000, and served as Chairman of PETC in 2015.

A CTS holder since 2006, Carselle began volunteering at InfoComm shows in 2011, teaching CTS Prep and CTS-D Prep courses at AVIXA’s Colombia- and Mexico-based events. He was a founding member of AVIXA’s Mexican Advisory Group, offering webinars and training in Latin America while also teaching at the U.S. trade show. In 2013, Carselle translated training material for AVIXA’s Networking Technology class into Spanish, ensuring the important coursework was available locally within just months of its English debut. He currently chairs AVIXA’s Content and Learning Committee, which evaluates education sessions for InfoComm and advises the association on program design and content development.

CTS Holder of the Year Award

Ziv’s commitment to certification as a pathway for improving pro AV and industry professionals is infectious. As the only dual CTS-D/CTS-I at Almo Professional A/V (he attained both in the same year), Ziv has dedicated himself to mentoring other Almo employees through the certification process. He runs prep classes at Almo, while also serving as an adjunct instructor of audio production at Anne Arundel Community College.Ziv has also been an advisory board member of music production and recording for Community College of Baltimore County and a multimedia subject matter expert for the Accrediting Council for Independent Colleges and Schools.

Educator of the Year Award

In addition to being president of a national AV integrator, colleagues call Elsesser “a born educator.” For several years, he has taught AVIXA’s CTS-D Prep coursework, and this year he adds CTS-I Prep to his repertoire. He is known to teach AVIXA classes at the company’s Mesa, Az., headquarters not just to Level 3 employees, but also to anyone wanting to improve their craft, raising the bar for excellence throughout the AV industry. Elsesser currently serves on AVIXA’s Content and Learning Committee.

While at Milestone AV Technologies, before it became part of Legrand, Englert was a driving force behind the company’s focus on customer experience. That commitment continues today, as she shares her expertise in design thinking across Legrand AV. While at Chief, Englert launched Community Connections, an employee-driven committee that organized company volunteer opportunities. Now part of Legrand’s Better Communities initiative, she continues as the group’s executive sponsor.

Thorburn co-founded Thorburn Associates, specialists in acoustical consulting, technology engineering, and lighting design, in 1992. Over the course of her career, she has been dedicated to sharing technical knowledge, not only with InfoComm attendees and AV professionals, but also with members of the architecture, engineering and construction (AEC) industry. While leading her firm of five national offices through 3,000 projects across all markets, Thorburn has shared her insight with related industry groups such as the Themed Entertainment Association, Society for Marketing Professional Services, and Construction Specifications Institute.

In 2010, after earning his bachelor’s degree in Audio Production and Technology from Michigan Technological University, Boeshans joined the team that would become AV design firm Idibri with a strong background in live production. His clients have included the Circuit of the Americas Formula 1 Race Track, Trinity Church Wall Street, and US Bank Stadium, home of the NFL’s Minnesota Vikings. A freelance audio engineer, Boeshans serves on the AVIXA Standards Steering Committee and the Audio Coverage Uniformity Task Group. He’s also been an instructor for three consecutive InfoComm shows.