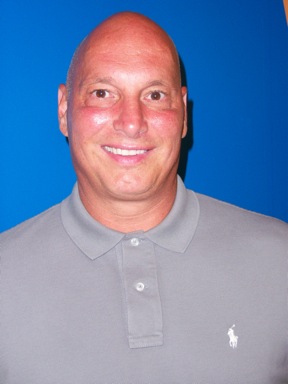 LOGAN, UT – February 12, 2014 – S&S Worldwide, Inc. (“S&S”) is pleased to announce the promotion of Tim Timco to the position of Vice President of Sales and Marketing. In his new role, Timco will be responsible for the oversight of all sales and marketing efforts and direction of the company’s global sales team.

Tim Timco joined S&S in 2013, as a Certified Attractions Executive, bringing over 30 years of experience within the amusement, attractions, and entertainment industries. During his 26 years with major international ticketing suppliers, he oversaw all planning, marketing, and sales efforts while also assisting in the management of all aspects of operations. Timco’s broad knowledge of the amusement industry and his depth of experience have proven already to be tremendous assets for S&S.

Rich Allen, S&S President and CEO, said the promotion of Timco “will only strengthen the position of S&S in the amusement industry. Tim’s strong leadership skills, his relationships within the industry, and his highly effective planning abilities and integrity will continue to enable the company’s organizational growth and business success.”

It is anticipated that Timco’s efforts in his new role will strengthen the company’s rising position in the industry since its 2012 alliance with Sansei Technologies,Inc. According to Rich Allen, “with the company’s on-going introduction of new and improved products, such as the exciting 4-D Free Spin, with the solid backing of our ownership, and with our excellent team of some of the best people in the industry, I only expect S&S to continue to gain further market share in the roller coaster and high-end segment in the amusement industry.”

Joe Kleimanhttp://wwww.themedreality.com
Raised in San Diego on theme parks, zoos, and IMAX films, InPark's Senior Correspondent Joe Kleiman would expand his childhood loves into two decades as a projectionist and theater director within the giant screen industry. In addition to his work in commercial and museum operations, Joe has volunteered his time to animal husbandry at leading facilities in California and Texas and has played a leading management role for a number of performing arts companies. Joe previously served as News Editor and has remained a contributing author to InPark Magazine since 2011. HIs writing has also appeared in Sound & Communications, LF Examiner, Jim Hill Media, The Planetarian, Behind the Thrills, and MiceChat His blog, ThemedReality.com takes an unconventional look at the attractions industry. Follow on twitter @ThemesRenewed Joe lives in Sacramento, California with his wife, dog, and a ghost.
Share
Facebook
Twitter
Linkedin
Email
Print
WhatsApp
Pinterest
ReddIt
Tumblr
Previous articleGiant Screen and Filmed Attraction Veteran Peter Anderson Awarded the Prestigious Gordon E Sawyer Award at the Motion Picture Academy’s Sci-Tech Awards
Next articleGateway Ticketing to Hold Southern California User Group Meeting Feb 24-25