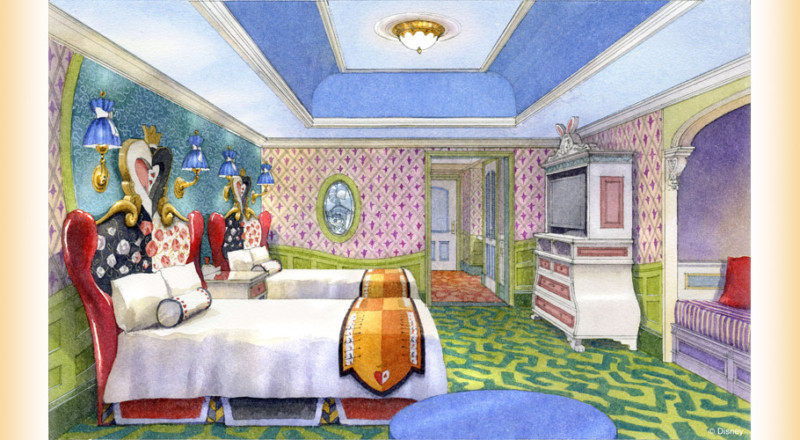 Urayusa, Chiba, Japan — Tokyo Disneyland Hotel celebrates its 6th anniversary soon with its new character category of  rooms.
Everything has changed and the new rooms are full of more fantasy than ever before.

In these rooms full of fantasy, the design is based on the characters that appeared in Disney films and the film’s interior furniture. Such an impressive scene is embraced by guests, and they enters the world of the Disney movie, where they can feel as if they were the hero of the story.

Joe Kleimanhttp://www.themedreality.com
Raised in San Diego on theme parks, zoos, and IMAX films, Joe Kleiman would expand his childhood loves into two decades as a projectionist and theater director within the giant screen industry. In addition to his work in commercial and museum operations, Joe has volunteered his time to animal husbandry at leading facilities in California and Texas and has played a leading management role for a number of performing arts companies. Joe has been News Editor and contributing author to InPark Magazine since 2011. HIs writing has also appeared in Sound & Communications, LF Examiner, Jim Hill Media, and MiceChat. His blog, ThemedReality.com takes an unconventional look at the attractions industry. Follow on twitter @themedreality Joe lives in Sacramento, California with his fiancé, two dogs, and a ghost.
Share
Facebook
Twitter
Linkedin
Email
Print
WhatsApp
Pinterest
ReddIt
Tumblr
Previous articleWorld’s Tallest Drop Ride Opens at Six Flags Great Adventure
Next articleEuropa-Park Holds Glasperlenspiel Concert at New ARTHUR Attraction