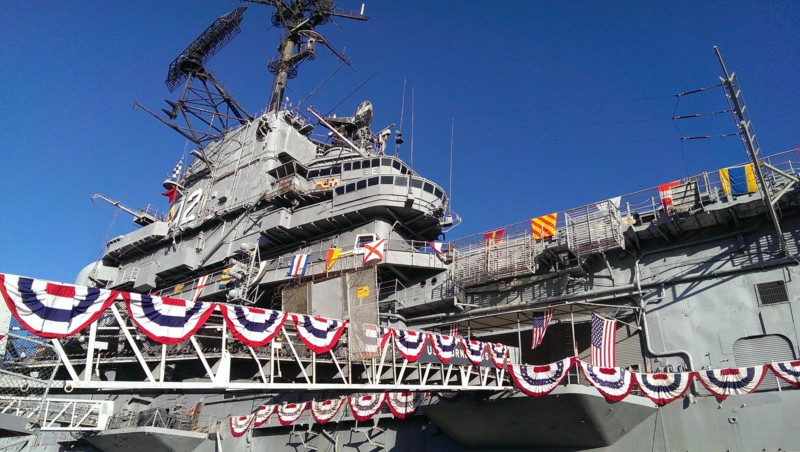 [quote]Tom’s extensive experience will enable him to focus on reaching out to existing and potential donors to ensure that their philanthropic support of the USS Hornet Museum is properly administered and acknowledged, and that all donations provide the maximum benefit.” — Randall Ramian, CEO, USS Hornet Museum[/quote]

Alameda, CA, USA — The USS Hornet Museum, a registered state and national historic landmark and home of the largest collection of Apollo space mission artifacts on the West Coast, is pleased to announce that it has hired Tom Hyland as the museum’s Director of Development. In his new role, Hyland, who has been a resident of Alameda, CA, since 1992, will oversee the institution of a full fundraising and stewardship operation for the carrier, the first formal program of its kind for the important Bay Area landmark. 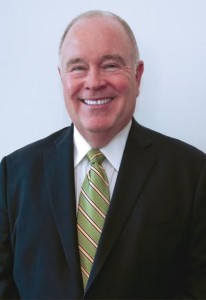 Over the past 30 years, Hyland has led the development efforts for numerous local, regional, and national organizations and has raised more than $40,000,000 for a variety of causes, including education, medical research and equipment, indigent health care, social services, and the arts. Some of the organizations he has served include the Alameda County Health Care Foundation, the National Brain Tumor Foundation, the Hiller Aviation Museum, the Museum of Craft and Folk Art, and the Jesuit School of Theology at Berkeley.

Hyland’s vast expertise includes the organization and implementation of policies and procedures, as well as budgeting and long-range planning. He specializes in annual and special appeals coordination, major donor cultivation and solicitation, capital campaign leadership and implementation, foundation and corporate grant writing (including his role as lead writer for a $10,000,000 national demonstration grant awarded by the Robert Wood Johnson Foundation), volunteer recruitment, management and training, and special events planning production.

“Of the many nonprofit organizations with which I have been associated, the USS Hornet Museum is by far the most unique environment, with the greatest potential to realize its goals through solid partnerships with its benefactors,” said Hyland. “I see my role as enabling donors to translate their love of the USS Hornet through their philanthropic support of the carrier’s notable history and inspiring mission.”

Hyland’s first major event for the USS Hornet Museum will be Splashdown 45, which celebrates the 45th anniversary of the historic Apollo 11 mission in 1969, when humans first walked on the moon, and the safe recovery of the astronauts and their command module by the aircraft carrier USS Hornet CVS-12. The popular festival will take place aboard the carrier on Saturday, July 26, 2014 from 10:00am to 5:00pm, followed by an evening reception from6:00pm-10:30 pm. Special guest speakers include Apollo 11 astronaut and best-selling author, Buzz Aldrin, one of the first two men to walk on the moon.

Hyland graduated with a B.S. in Journalism from Ohio University in Athens, OH.

Joe Kleimanhttp://wwww.themedreality.com
Raised in San Diego on theme parks, zoos, and IMAX films, InPark's Senior Correspondent Joe Kleiman would expand his childhood loves into two decades as a projectionist and theater director within the giant screen industry. In addition to his work in commercial and museum operations, Joe has volunteered his time to animal husbandry at leading facilities in California and Texas and has played a leading management role for a number of performing arts companies. Joe previously served as News Editor and has remained a contributing author to InPark Magazine since 2011. HIs writing has also appeared in Sound & Communications, LF Examiner, Jim Hill Media, The Planetarian, Behind the Thrills, and MiceChat His blog, ThemedReality.com takes an unconventional look at the attractions industry. Follow on twitter @ThemesRenewed Joe lives in Sacramento, California with his wife, dog, and a ghost.
Share
Facebook
Twitter
Linkedin
Email
Print
WhatsApp
Pinterest
ReddIt
Tumblr
Previous articleSeaWorld’s Interactive Marine Life Park “Discovery Cove” Awarded TripAdvisor Certificate of Excellence
Next articleUK Pavilion at Milan EXPO 2015 Will Place Visitors in “The Hive”