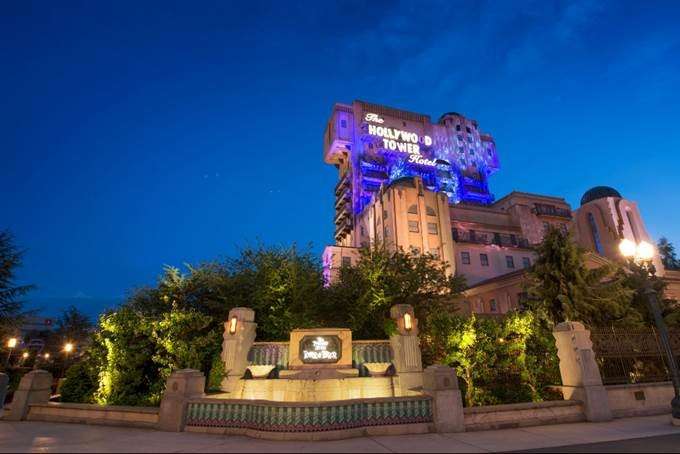 With the opening of the new Halloween season, the Twilight Zone Tower of Terror attraction, inspired by the Twilight Zone universe, will offer a new, permanent experience for guests, for even more surprises and thrills, starting Sept. 28.

Not just an experience but several

Once past the familiar corridors of the hotel, plunging directly into the disturbing atmosphere of a Twilight Zone episode, guests of the Hollywood Tower Hotel will embark in one of the elevator shafts, to live new stories, embellished with updated sound and visual effects, all punctuated by new and more impressive drop sequences than ever before. These alternative scenarios will “drop” the guests into the heart of the story, and will feature an iconic character already present in the attraction.

With several experiences and an even more immersive story, the attraction will attract longtime fans who will rediscover it, as well as a new generation of guests. “At Disneyland Paris, we regularly want to reinvent the guest experience to continue to surprise them and bring them new thrills and emotions. We look forward to unveiling the new drop sequences and effects at the Twilight Zone Tower of Terror, which will create memorable and terrifying memories for guests of the Hollywood Tower Hotel,“ said Bjorn Heerwagen, Show Design & Production Director for Walt Disney Imagineering.

Joe Kleimanhttp://wwww.themedreality.com
Raised in San Diego on theme parks, zoos, and IMAX films, InPark's Senior Correspondent Joe Kleiman would expand his childhood loves into two decades as a projectionist and theater director within the giant screen industry. In addition to his work in commercial and museum operations, Joe has volunteered his time to animal husbandry at leading facilities in California and Texas and has played a leading management role for a number of performing arts companies. Joe previously served as News Editor and has remained a contributing author to InPark Magazine since 2011. HIs writing has also appeared in Sound & Communications, LF Examiner, Jim Hill Media, The Planetarian, Behind the Thrills, and MiceChat His blog, ThemedReality.com takes an unconventional look at the attractions industry. Follow on twitter @ThemesRenewed Joe lives in Sacramento, California with his wife, dog, and a ghost.
Share
Facebook
Twitter
Linkedin
Email
Print
WhatsApp
Pinterest
ReddIt
Tumblr
Previous articleSpeakers announced for IAAPA Expo Europe 2019
Next articleFormer Disney Animation executive Kristina Reed Joins The Madison Square Garden Company as Senior Vice President, Creative Development and Strategy