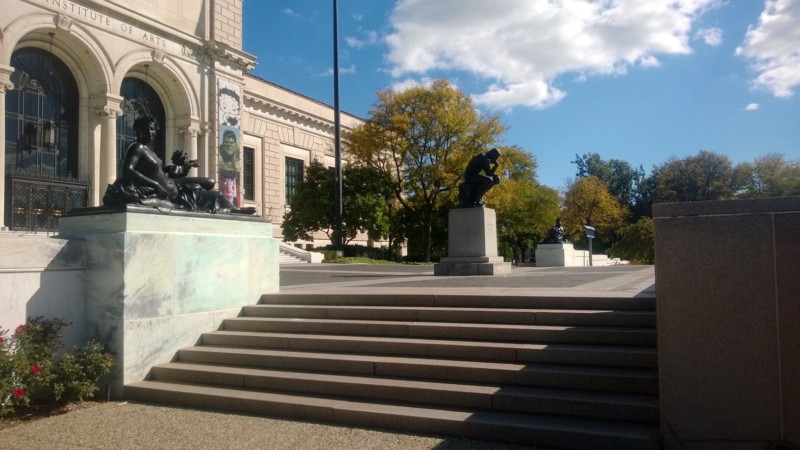 [quote]We are extremely grateful for Toyota’s generous support and know that it will motivate other donors and help pave the way for a bright future, both for the City of Detroit and the DIA.” — Eugene A Gargaro Jr., DIA Board Chairman[/quote]

Detroit, MI, USA /PRNewswire/ —  The Detroit Institute of Arts (DIA) has announced that Toyota Motor North America has pledged $1 million toward the DIA’s commitment to raise $100 million as part of a “grand bargain” that will help the City of Detroit emerge from bankruptcy, support city pensioners and protect the museum’s art collection for the public.

“Toyota has demonstrated its commitment to Detroit and Michigan by doing its part to secure the DIA’s future while helping Detroit’s retirees,” said Eugene A. Gargaro Jr., DIA board chairman.

“Detroit and the surrounding areas are vitally important to the automotive community. They deserve our support,” said Simon Nagata, president of Toyota Motor Engineering and Manufacturing, Inc.  “Together we can find solutions to help Detroit become the healthy and vibrant community that reflects the spirit of its people. This commitment is a way to demonstrate our gratitude to the people who have built this industry and support us every day.”

The grand bargain will provide Detroit’s pensioners more than $800 million from the DIA, local and national foundations and the State of Michigan over a 20-year period. The funds will be directed to a supporting organization of the Community Foundation for Southeast Michigan and then disbursed for city pension payments over the next 20 years. As part of the grand bargain, the City of Detroit will transfer ownership of the DIA’s collection, building and related assets to the private nonprofit corporation that currently operates the museum, Detroit Institute of Arts, Inc.

Joe Kleimanhttp://wwww.themedreality.com
Raised in San Diego on theme parks, zoos, and IMAX films, InPark's Senior Correspondent Joe Kleiman would expand his childhood loves into two decades as a projectionist and theater director within the giant screen industry. In addition to his work in commercial and museum operations, Joe has volunteered his time to animal husbandry at leading facilities in California and Texas and has played a leading management role for a number of performing arts companies. Joe previously served as News Editor and has remained a contributing author to InPark Magazine since 2011. HIs writing has also appeared in Sound & Communications, LF Examiner, Jim Hill Media, The Planetarian, Behind the Thrills, and MiceChat His blog, ThemedReality.com takes an unconventional look at the attractions industry. Follow on twitter @ThemesRenewed Joe lives in Sacramento, California with his wife, dog, and a ghost.
Share
Facebook
Twitter
Linkedin
Email
Print
WhatsApp
Pinterest
ReddIt
Tumblr
Previous articleSCISS Installing Colorspace 4K Digital Dome at Malta’s National Interactive Science Center
Next articleDreamworks Animation’s Puss In Boots Expands His Turf at Universal Studios Singapore with New Coaster and Show