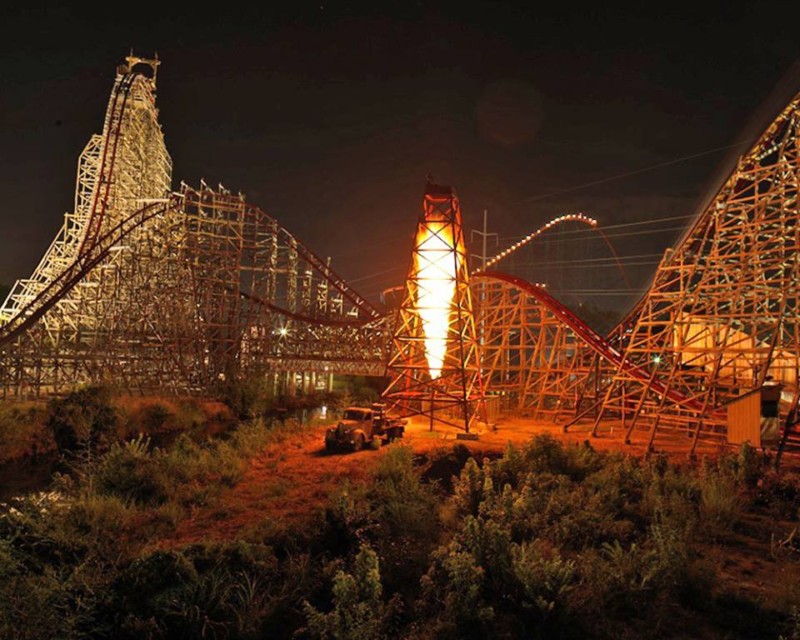 (July 22, 2013) — Over the weekend, four major theme park rides were closed indefinitely.  Two of the rides were closed after accidents occurred – one fatal – while the other two closures were precautionary in measure. 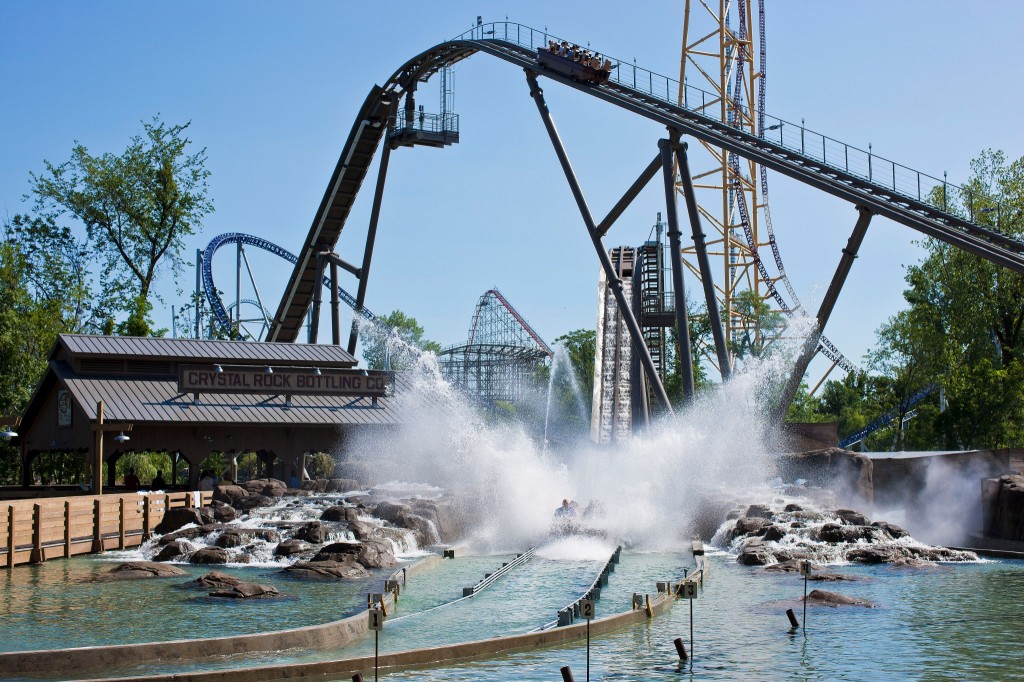 On Friday, July 19, a boat on Shoot the Rapids at Cedar Point, Ohio rolled backwards down the lift hill and flipped over, trapping its seven passengers.  According to spectators, bystanders assisted in lifting the boat, allowing those trapped underneath to surface.  All seven passengers were reported to have only minor injuries.  Shoot the Rapids, an Intamin Spillwater, remains closed while state investigators determine the cause of the accident. 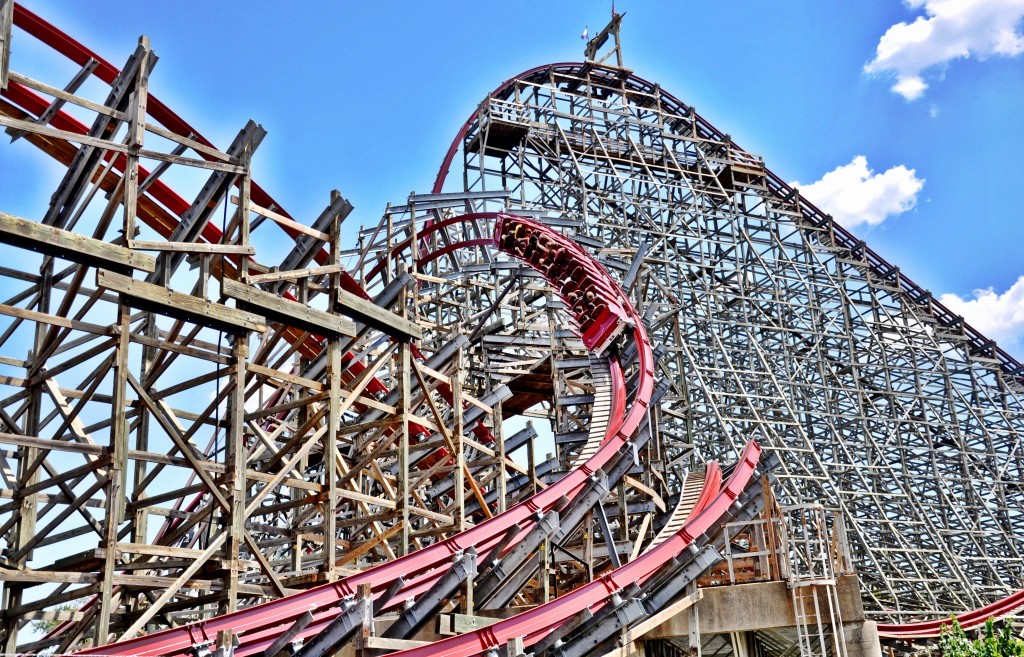 Also on Friday,  a 52-year old woman was flung from The New Texas Giant at Six Flags Over Texas in Arlington.  The coroner listed her cause of death as “multiple traumatic injuries due to fall from roller coaster.”  Texas Giant, one of the world’s tallest, fastest coasters, and manufactured by Dinn Corporation, opened in 1990.  It reopened in 2011 sporting modifcations, including 95 degree banked turns, designed by Rocky Mountain Coasters.  The Arlington police department has handed over the investigation of the incident to an internal Six Flags team working in conjunction with a team from Gerstlauer, which manufactured the ride vehicles for The New Texas Giant.  The ride remains closed indefinitely. 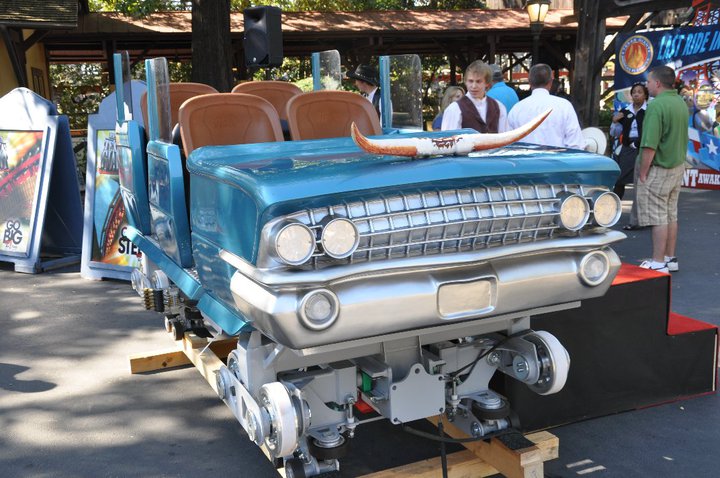 Also closed, as a precautionary measure, is the Iron Rattler at Six Flags Fiesta Texas in San Antoino.  The rebuilt wooden coaster from Rocky Mountain, also features overbanked turns and a 360 degree barrel roll.   Ride vehicles for the Iron Rattler are also manufactured by Gerstlauer. 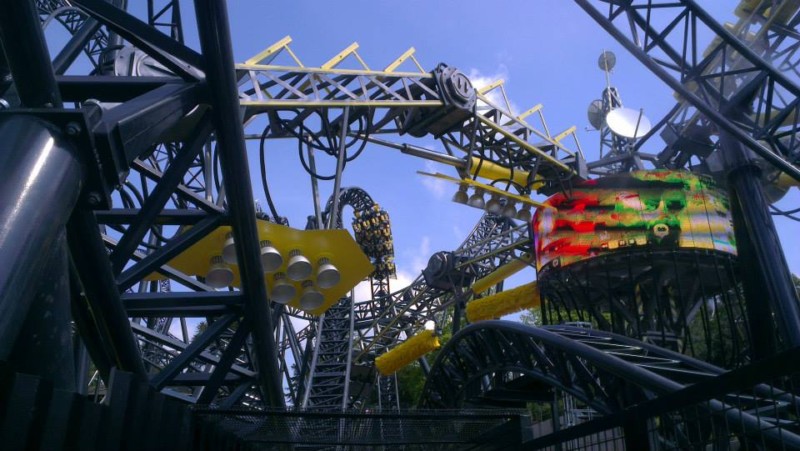 In the UK, Alton Towers Resort on Sunday, July 21, closed The Smiler, the new record-breaking 14-inversion coaster manufactured by Gerstlauer after witnesses in line heard something metallic fall from the structure.  One witness told the Express and Star: “We turned around and there was a metal bar not even a metre away on the floor behind us.  It was just under 1ft long and about two inches thick.”  Numerous photographs of a visible gap in the track were posted to twitter.

According to park spokeswoman Elizabeth West: “Yesterday morning, in line with our standard procedures, Alton Towers Resort closed The Smiler to investigate a small piece of debris that had allegedly fallen from the track.  At no time was any visitor at any risk, and 48 guests on the ride at the time were safely disembarked. As the health and safety of our guests is our primary concern, the ride will remain closed whilst the resort’s technical teams investigate.”

Joe Kleimanhttp://wwww.themedreality.com
Raised in San Diego on theme parks, zoos, and IMAX films, InPark's Senior Correspondent Joe Kleiman would expand his childhood loves into two decades as a projectionist and theater director within the giant screen industry. In addition to his work in commercial and museum operations, Joe has volunteered his time to animal husbandry at leading facilities in California and Texas and has played a leading management role for a number of performing arts companies. Joe previously served as News Editor and has remained a contributing author to InPark Magazine since 2011. HIs writing has also appeared in Sound & Communications, LF Examiner, Jim Hill Media, The Planetarian, Behind the Thrills, and MiceChat His blog, ThemedReality.com takes an unconventional look at the attractions industry. Follow on twitter @ThemesRenewed Joe lives in Sacramento, California with his wife, dog, and a ghost.
Share
Facebook
Twitter
Linkedin
Email
Print
WhatsApp
Pinterest
ReddIt
Tumblr
Previous article
Cinnabar Helps Natural History Museum of Los Angeles County Tell Five Centuries of Region’s History
Next article
Universal Becomes Newest Chain to Partner with Coke For a Decade