Montreal, QC, Canada — Following its rapid development and major projects in all continents, TRIOTECH is pleased to announce key promotions and additions to its team: 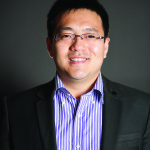 WEITAO LIU is promoted to Managing Director for China in recognition of his leadership in developing TRIOTECH’s substantial footprint is this key market. He will now be responsible for growing further the organisation from its base in Beijing and of adding new members to the team throughout China as he will lead TRIOTECH’s continuing expansion in this market.

VINCENT BRIE recently joined the company as Vice President for Site Operations. He will be 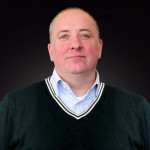 further expanding its partnerships with local operators as well as developing new sites where the company intends to deploy its immersive experiences in various parts of the world. Mr Brie has a background in strategy and business development over his 25-year career, during which he successfully led the development of high profile attractions globally such as the observation deck at Burj Khalifa in Dubai and the Star Wars Identities touring exhibition. 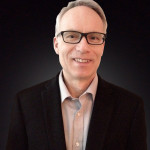 HARLEY BOSTOCK joins the company to lead the development of its business in the Asia Pacific Region exclusive of China. He has spent most of his career in this region in various senior business development positions in our industry, notably with WhiteWater. His responsibility will be to further expand TRIOTECH’s presence in this important geographic area. 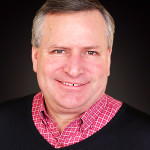 company has a long standing presence. Joseph will be adding his well recognised credentials earned over a 25-year career covering the US while with Vortex International and other companies in the industry. He will be adding to TRIOTECH’s already substantial presence in that market to complement its successful business there which has been led for many years by our colleague DAVID SWAFFORD, who is based in Texas.

Joe Kleimanhttp://wwww.themedreality.com
Raised in San Diego on theme parks, zoos, and IMAX films, InPark's Senior Correspondent Joe Kleiman would expand his childhood loves into two decades as a projectionist and theater director within the giant screen industry. In addition to his work in commercial and museum operations, Joe has volunteered his time to animal husbandry at leading facilities in California and Texas and has played a leading management role for a number of performing arts companies. Joe previously served as News Editor and has remained a contributing author to InPark Magazine since 2011. HIs writing has also appeared in Sound & Communications, LF Examiner, Jim Hill Media, The Planetarian, Behind the Thrills, and MiceChat His blog, ThemedReality.com takes an unconventional look at the attractions industry. Follow on twitter @ThemesRenewed Joe lives in Sacramento, California with his wife, dog, and a ghost.
Share
Facebook
Twitter
Linkedin
Email
Print
WhatsApp
Pinterest
ReddIt
Tumblr
Previous articleLondon Paramount Resort Announces Newest Stage of Public Consultations
Next articleSubmission Deadline for 2015 AZA Conference This Friday