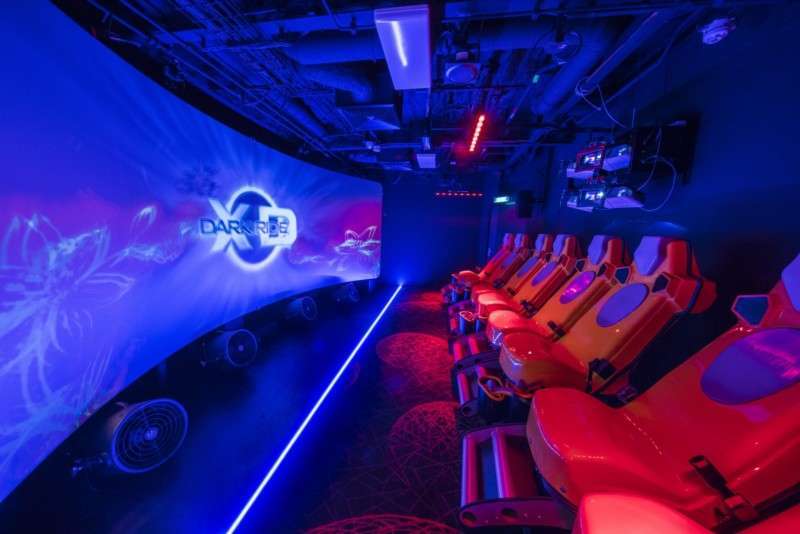 The company counts more than 60 attractions in East and South East Asia deployed across several segments, from FECs to amusement parks or as stand-alone attractions.

Among its recent projects, Triotech completed the installation of XD Dark Rides in Nasu Highland in Japan, Trans Studio’s KidCity in Indonesia, on the cruise ship World Dream from Genting Cruise Lines in Hong Kong, as well as a walk-through attraction and an interactive dark ride for Jeju Shinhwa World in South Korea. 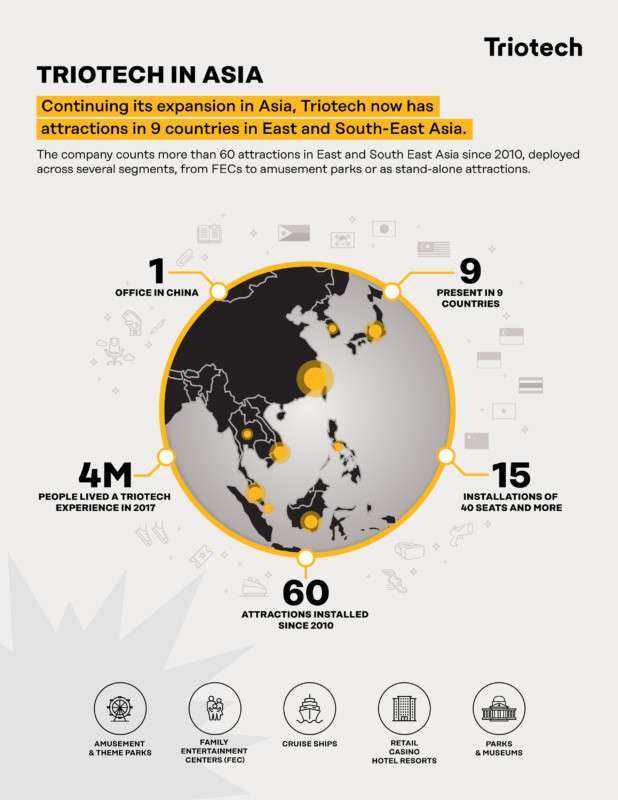 “Nasu Highland opened its XD Dark Ride a few weeks ago. Japan has always been a leader in interactive entertainment and we are proud to be present on this market. We will have more to come in early 2019! In 2017, more than 4 million people lived a Triotech experience in Asia.” commented Ernest Yale, President and CEO of Triotech.

As international brands are more and more interested in expanding their presence on the Asian market, local theme parks are looking for signature attractions with high quality standards to compete in this new market dynamic.

Triotech will be present at Asia Attractions Expo (AAE) in Hong Kong at Booth #401 from June 6-8.

Joe Kleimanhttp://www.themedreality.com
Raised in San Diego on theme parks, zoos, and IMAX films, Joe Kleiman would expand his childhood loves into two decades as a projectionist and theater director within the giant screen industry. In addition to his work in commercial and museum operations, Joe has volunteered his time to animal husbandry at leading facilities in California and Texas and has played a leading management role for a number of performing arts companies. Joe has been News Editor and contributing author to InPark Magazine since 2011. HIs writing has also appeared in Sound & Communications, LF Examiner, Jim Hill Media, and MiceChat. His blog, ThemedReality.com takes an unconventional look at the attractions industry. Follow on twitter @themedreality Joe lives in Sacramento, California with his fiancé, two dogs, and a ghost.
Share
Facebook
Twitter
Linkedin
Email
Print
WhatsApp
Pinterest
ReddIt
Tumblr
Previous articleMira Cohen, contributing writer
Next articleFirst Huss Explorer attraction to open in 2019 at Mexico’s Amikoo Resort