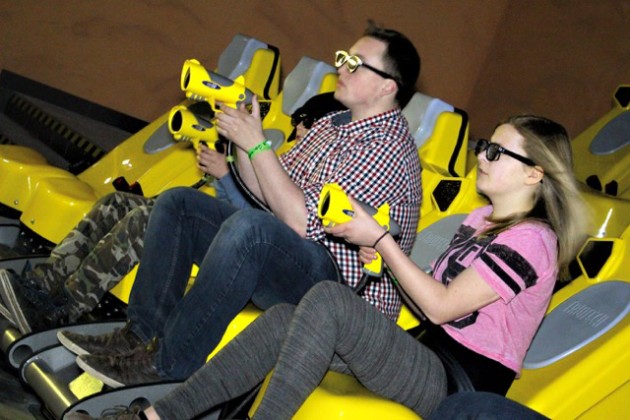 “The interactive nature of TRIOTECH’s attraction was very important in the investment decision as was the availability of different content,” stated Ernest Yale, President & CEO of TRIOTECH. The attraction is a 16 seats XD Dark Ride and is called FoXDome, which fits into the park’s positioning of “American Wild West”. It is the main new attraction for this regional park in 2015. Fort Fun has approximately 40 attractions and draws around 300,000 visitors per year and its season is from April to October.

The park will have access to TRIOTECH’s growing library of exclusive interactive content movies that includes: Los Banditos, Zombies, and its latest release Gigamon, among others.

“For regional parks that rely heavily on their local visitors, the flexibility and choice of renewed content is key, TRIOTECH’s media based attractions provide this key advantage,” added Mr. Yale

Louise Murray named Chairperson of TRIOTECH Board of Directors

BoldMove: The call of the Marsupilami