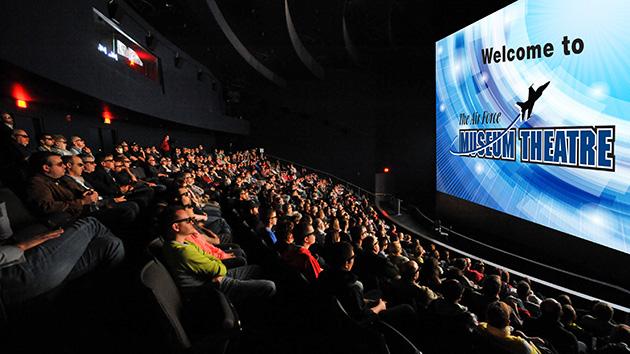 Dayton, OH, USA (Aug. 1, 2013) — Qube Cinema has once again partnered with D3D Cinema to install its single-server True 4K 3D system, this time at the newly renovated Air Force Museum Theater (AFMT) in Dayton, Ohio. The museum has upgraded from 15/70 film projection to the Qube XP-I server and dual Xi 4K Integrated Media Blocks (IMBs) and is the fifth giant screen installation in North America to use this Qube system. Visitors to the world’s largest and oldest military aviation museum can now enjoy “stunning” True 4K 3D digital imagery on the giant screen from a system that is much easier to operate than the 70 mm film setup the museum used previously.

The digital cinema playback system at the AFMT features a single Qube XP-I server paired with two Qube Xi 4K IMBs embedded in a pair of Barco 4K projectors. Using a single DCP, the server is capable of streaming data at speeds of up to 1 Gbps, sufficient throughput to support the Xi IMBs and dual 4K projectors at up to 30 fps or 2K 3D at up to 120 fps per eye.

Opened in 1991, the AFMT operated as a 15/70 2D film theater until its upgrade to digital cinema was completed in March of this year. The new 400-seat giant screen theater, with its 80-foot tall atrium offers a focal point for the entire museum.

“The museum theater was 22 years old and in need of an upgrade,” said Mary Bruggeman, chief of theater operations. “We undertook a complete renovation of the infrastructure, including new seating and carpet, as well as adding a stage for presentations.” 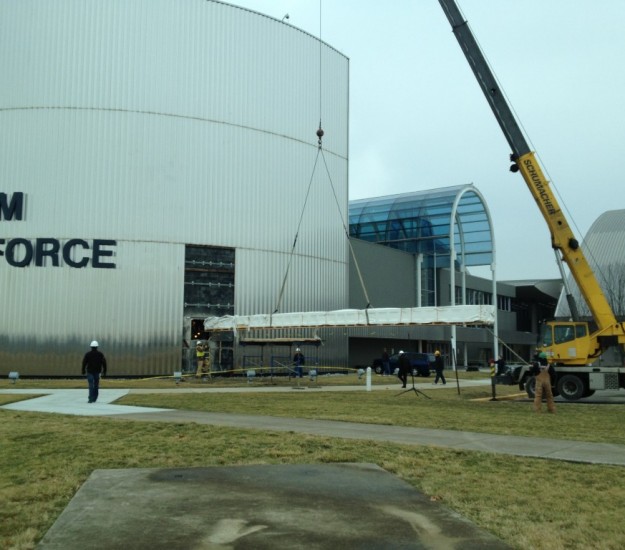 The new giant screen is so large – it measures 80 feet by 60 feet – that it had to be brought in by crane. It is the only giant screen in the greater Dayton area and the largest digital screen in southwestern Ohio. With this need for change came the realization that the format also needed to be updated to reflect changes in the entertainment industry.

“People are looking at entertainment and education differently than they did twenty years ago,” explained Bruggeman. “They’re getting digital entertainment from their laptops and tablets and we intend to progress with the technology. This meant we needed to modernize from 70 mm film to digital 3D.”

The foundation that runs the theater undertook research long before they started the renovation and were looking for a solution that supported the museum’s mission.

“When we saw what Qube technology could do, we decided they would be part of the theater’s future,” said Bruggeman. “The Qube XP-I server and Xi 4K IMBs will take us into that future, giving us access to higher frame rate digital material and true 4K 3D playback that exceeds industry standards. We wanted something we could grow with and we found it in Qube.”

The system integrator, D3D Cinema, installed a Qube Cinema XP-I server and two Qube Xi 4K IMBs embedded in two Barco 4K projectors, Masterimage 3D and a premium 7.1+ surround sound system that provided the museum with extra speakers. The sound system, along with devices for the visually impaired and personalised closed captioning for the hearing impaired, were custom provided by D3D Cinema.

“This system offered the best flexibility and a better economic model, allowing us to use revenue generated from the theater for our other programs,” explained Bruggeman. “Converting to digital gives us access to an expanded list of documentaries that are not available in the film format and that provide the museum better ways to explain aviation history and support the mission of the museum.”
< With the new system, the Air Force Museum Theater opened with Air Racers 3D and has added many other aviation-themed movies to their schedule, including Space Junk 3D, Rescue 3D and Fly Me To The Moon.

“Our regular visitors, as well as staff and volunteers, tell us they like the sharpness and steadiness of the 3D images,” said Bruggeman. “School children like the 3D experience and we find it’s better for keeping their attention.”

Showing movies at the theater has always generated revenue that benefits the museum’s other activities. They were looking to renovate the theater so that it could be used for different meetings and educational presentations, as well as expanding the movie schedule.

“One of the logistical challenges with film was that we couldn’t bring in more than two films at a time,” explained Bruggeman. “There’s a much wider range of movies to choose from in the digital format. In April we held our first Reel Stuff Film Festival of Aviation with nine different digital movies. This would have been impossible with film.”

“This system is much simpler for our staff to operate, leading to streamlined operations and decreased staff costs,” she said. “15/70 film prints are expensive and heavy to transport and handle. I can now hold in one hand a movie’s DCP that costs less than one-tenth what film used to cost us. By reducing our costs while improving the quality of the movie-going experience, we are able to better support our mission.” 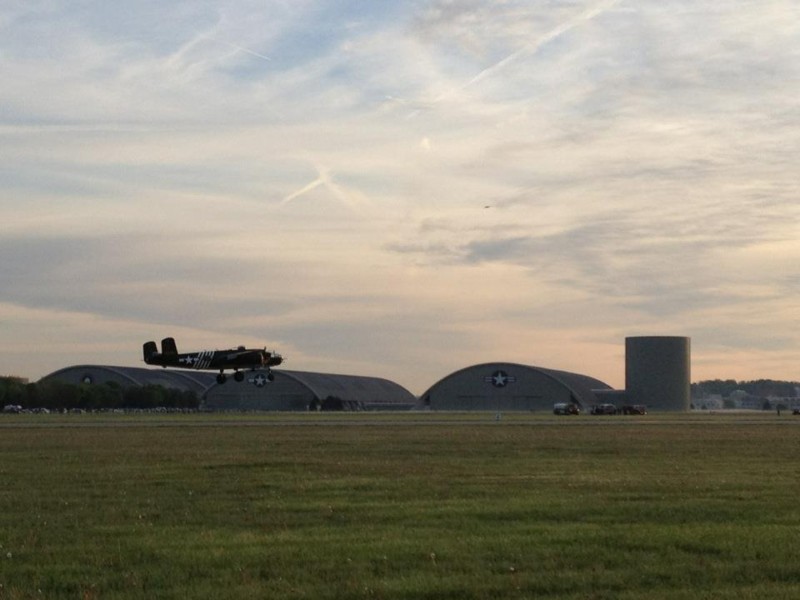 The Air Force Museum Theater is part of the National Museum of the US Air Force. At 90 years old and with over 1.2 million visitors each year, this National Museum is home to a permanent collection of planes, spaceships and missiles. The museum houses 360 aerospace vehicles and missiles on display on 17 acres of space. It has a permanent display of a B-2 stealth bomber and spacecraft such as the Apollo 15 command module.

“Visitors are drawn to our museum out of their love of aviation history,” said Sarah Swan, a public affairs specialist at the museum. “Whether it’s one-of-a-kind aircraft or the Wright Flyer, many of our visitors come from all over the US specifically to see this – we are their destination. We are within a day’s drive of 60 per cent of the country and also have visitors from other countries.”

Along with the historical artifacts, the museum’s Memorial park, with nearly 600 memorials placed throughout, attracts veterans, who make up almost one-third of the museum’s visitors.

“Giant screen theaters are quickly moving to 4K and 3D, high frame rate projection,” said Eric Bergez, director of sales and marketing for Qube Cinema. “Audiences are looking for the immersive experience of 3D movies and this allows museums to offer documentaries that complement exhibitions. The simplicity and quality of the Qube True 4K 3D system makes this a win-win for the public and the Air Force Museum Theater.

Joe Kleimanhttp://wwww.themedreality.com
Raised in San Diego on theme parks, zoos, and IMAX films, InPark's Senior Correspondent Joe Kleiman would expand his childhood loves into two decades as a projectionist and theater director within the giant screen industry. In addition to his work in commercial and museum operations, Joe has volunteered his time to animal husbandry at leading facilities in California and Texas and has played a leading management role for a number of performing arts companies. Joe previously served as News Editor and has remained a contributing author to InPark Magazine since 2011. HIs writing has also appeared in Sound & Communications, LF Examiner, Jim Hill Media, The Planetarian, Behind the Thrills, and MiceChat His blog, ThemedReality.com takes an unconventional look at the attractions industry. Follow on twitter @ThemesRenewed Joe lives in Sacramento, California with his wife, dog, and a ghost.
Share
Facebook
Twitter
Linkedin
Email
Print
WhatsApp
Pinterest
ReddIt
Tumblr
Previous article
Alcorn McBride Products Take Control of Newport Aquarium’s Underwater Theater
Next article
International 3D Society Expands Name and Focus to Include Other Premium Visual Experiences