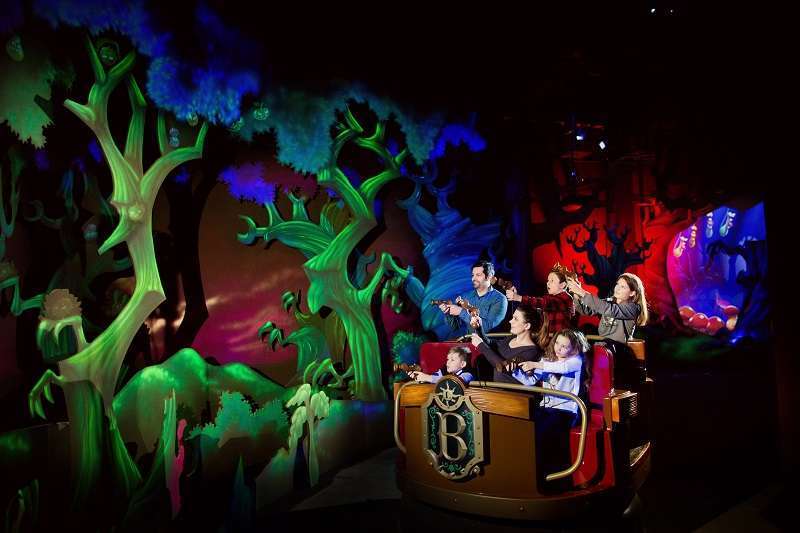 Like the TEA – Themed Entertainment Association itself, the Thea Awards were created to bring recognition to achievement, talent and personal excellence within the themed entertainment industry.

The Thea Awards are now internationally recognized as the equivalent of an Academy Award in the themed entertainment industry. Each year over a hundred highly qualified achievements from all over the world compete for a dozen awards. The awards will be handed out during the formal Thea Awards Gala held on April 13, 2019 at the Disneyland Hotel in Anaheim, California, USA.

“This unique attraction introduces interactive, dark-ride storytelling to an emerging theme park market (Poland) and builds on a unique and local cultural context. Bazyliszek uses modern storytelling tools and immersive environments to explore the myth of the Basilisk – a reptilian monster, part serpent/part rooster with magical powers and a deadly glance. In the Monster Hunters Guild mansion, in the Magical Forest zone of the park, guests are enlisted to go to the village of Kurkow to battle the Basilisk and free the village. Bazyliszek is an outstanding model of an attraction that speaks to its regional audience. It is well-executed, elegant, engaging, colorful, fun and fresh.”

The Bazyliszek ride in Legendia, Poland, had already proven its value in Europe with four other awards during EAS in Amsterdam: a Parkscout Awards for Europe’s Best New Rides 2018, a European Star Awards for Best New Ride 2018. And Park World Excellence Awards assigned the first prize in the category Family Ride of the Year and Best Use of Technology for the trackless vehicles.

Alterface has overseen the total ride experience as main contractor for the attraction, applying their latest interactive technology including video mapping, gameplay, show control and shooting devices. Jora Vision has been devising the décor and theming, and ETF crafted the trackless Multi mover vehicles.

Benoit Cornet, CEO & Founder of Alterface, concludes: “We invite anyone interested to go interactive to come to us with a basic idea, or even without a clue on how to get started. Our services include specialist advice, technology provision, media production, gameplay definition and storytelling. Alterface can be the driving force in developing a new attraction from A to Z, in close cooperation with its network of complementary expert partners. The outcome will be an attraction puller for the park, entertaining young and old with an unseen and immersive experience.” 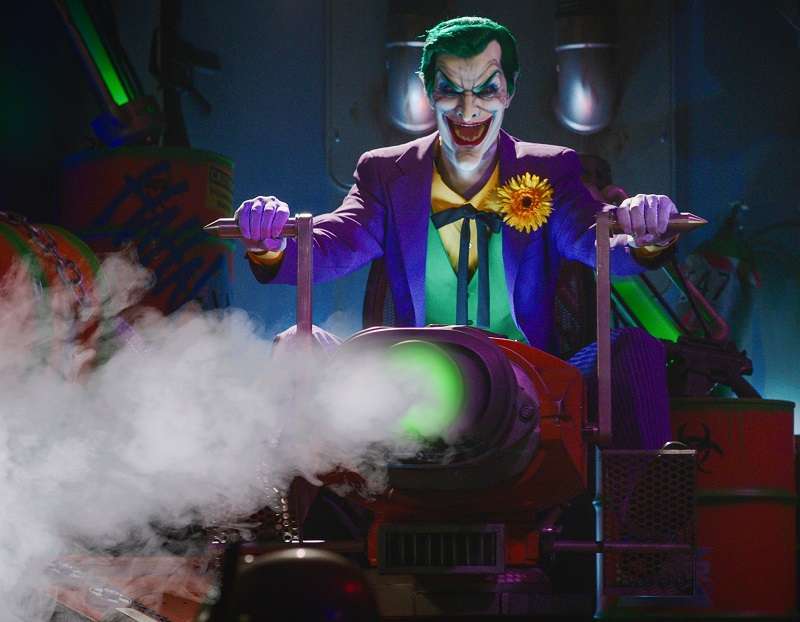 This story-driven adventure for guests of all ages blends dimensional and animated sets, animatronics, 3D video, special effects, projection mapping, laser stun-blasters, interactive targets, a scoring system, a musical score and more aboard custom motion vehicles. The TEA Thea Awards Committee wrote, “Narrative-based, full immersion storytelling is an impressive new direction within a park system better known for iron rides – while staying true to the Six Flags brand. With seven JUSTICE LEAGUE attractions in seven parks since 2015 (the one being awarded, at Six Flags Magic Mountain, was installed in 2017) Six Flags and their team have achieved a commendable, constant upward trend of artistic and technical improvements and set an example for the industry.” [The Wild Card rule allows TEA to acknowledge this achievement of today even though it is an evolution of a project that began before the start of the eligibility period for the current Thea Awards cycle.]

The Justice League rides have been a true success story, already recognized with a Thea Award in 2016. Since the first successful opening in Six Flags Over Texas, six more ‘Battle for Metropolis, Justice League’ attractions were opened across the United States. Alterface works closely with its partner Sally Corporation in building the interactive technology. The latest upgrade in Six Flags Magic Mountain includes toroidal screens, interactive projection mapping and enhances the shooting on animatronics. This has resulted in a more spectacular and immersive experience for the visitors.

Benoit Cornet, CEO & Founder of Alterface, concludes: “This has been a very special IAAPA show for us, with great recognition and visibility across the entire event. As a pioneer in interactive dark rides and theatres, we are very pleased to see interactivity and mixed-media getting more attention and recognition in attractions. These can bring the park to a next level of digital entertainment, building on their strengths in physical family experiences and ensuring a strong edge for the future. Alterface will be pleased to advice and support them in these efforts.”

Joe Kleimanhttp://wwww.themedreality.com
Raised in San Diego on theme parks, zoos, and IMAX films, InPark's Senior Correspondent Joe Kleiman would expand his childhood loves into two decades as a projectionist and theater director within the giant screen industry. In addition to his work in commercial and museum operations, Joe has volunteered his time to animal husbandry at leading facilities in California and Texas and has played a leading management role for a number of performing arts companies. Joe previously served as News Editor and has remained a contributing author to InPark Magazine since 2011. HIs writing has also appeared in Sound & Communications, LF Examiner, Jim Hill Media, The Planetarian, Behind the Thrills, and MiceChat His blog, ThemedReality.com takes an unconventional look at the attractions industry. Follow on twitter @ThemesRenewed Joe lives in Sacramento, California with his wife, dog, and a ghost.
Share
Facebook
Twitter
Linkedin
Email
Print
WhatsApp
Pinterest
ReddIt
Tumblr
Previous articleAVIXA announces Board of Directors and Leadership Search Committee election results
Next articleMark Ewing joins Luci Creative as Studio Manager