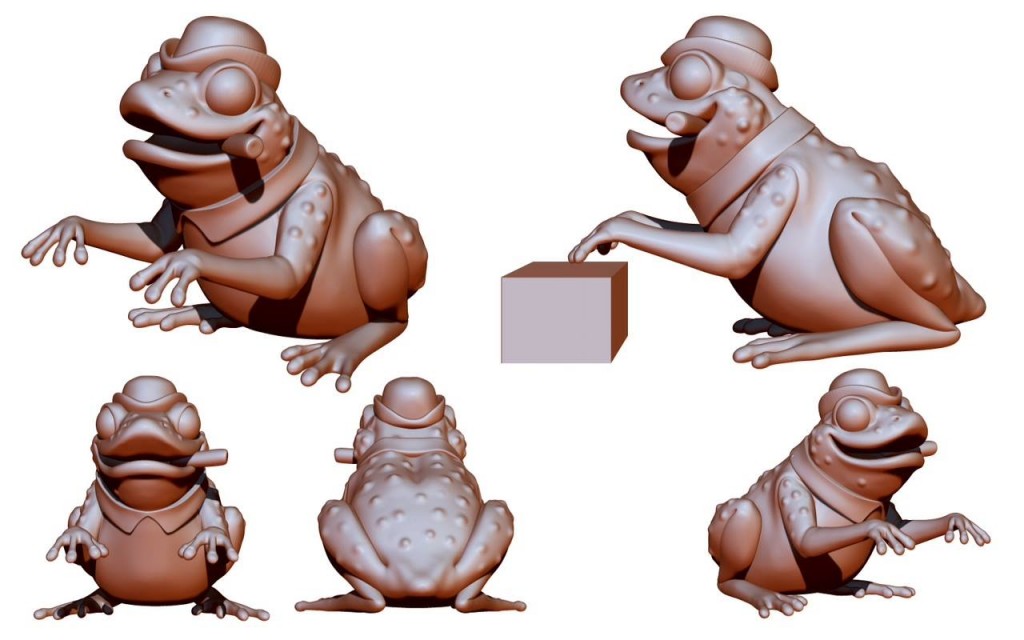 Doswell, VA and Buena Park, CA — Kings Dominion in Doswell, VA is excited to announce that the iconic ‘Singing Mushrooms’ will make their grand return in the Spring of 2014 as part of the kick-off to the park’s 40th Celebration. This fan-favorite that families came to know and love, will feature the original four colorful mushrooms along with the infamous frog, all singing to their favorite barbershop songs.

“When Kings Dominion announced its 40th Celebration earlier this fall, the response was overwhelming that our guests wanted to see the popular Singing Mushrooms brought back,” said Kings Dominion’s Vice President and General Manager Pat Jones. “As an employee and fan of Kings Dominion since the 70’s, I am excited to see one of my personal favorites return to the park for a new generation of guests to enjoy.” 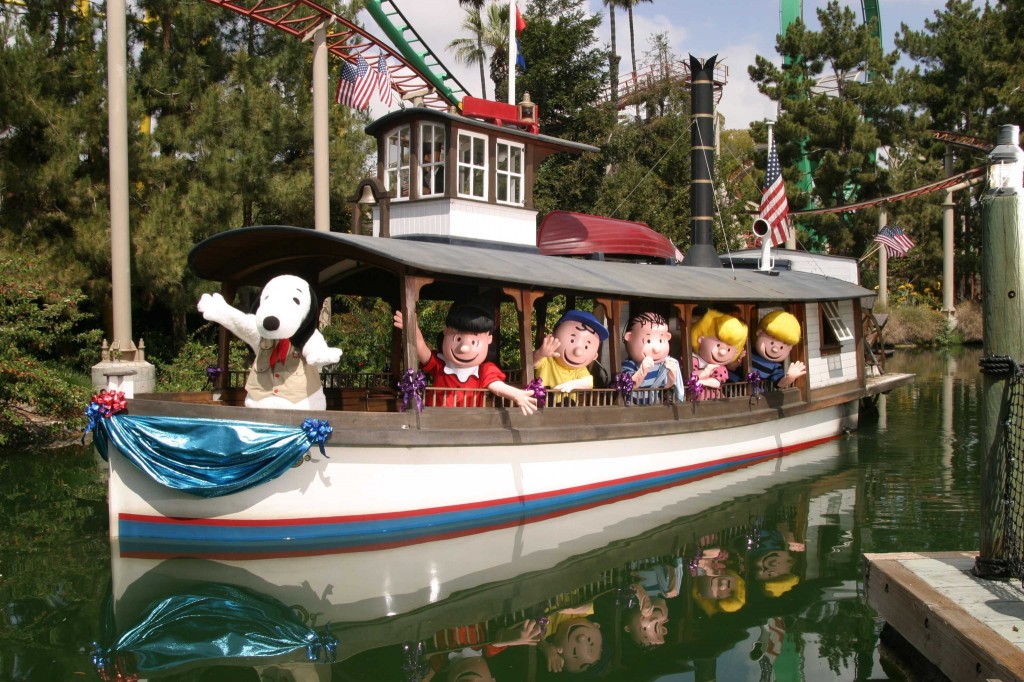 In Buena Park, CA, Knott’s Berry Farm is proud to announce two major projects for 2014 that continue reinvestment in the park’s rich history and heritage. Camp Snoopy celebrates its 30th Anniversary with the revitalization of the entire land of High Sierra fun. The classic Calico Mine Ride, Knott’s first major attraction and theme park industry icon, will undergo an all-encompassing refurbishment complete with new state-of-the-art animatronic figures and enhanced scenery. Camp Snoopy’s area beautification and the revitalized Calico Mine Ride are slated to open early summer of 2014.

“Camp Snoopy and Calico Mine Ride have delighted guests for decades and are classics that families come back time and again to experience together” said Raffi Kaprelyan, Knott’s Berry Farm’s vice president and general manager. “The revitalization of these areas will once again demonstrate our commitment to Knott’s heritage and will preserve these experiences for a new generation of guests to enjoy.”

Camp Snoopy, home of the beloved PEANUTS Gang, has welcomed the young and the young at heart since its grand opening on July 1, 1983. In honor of the land’s 30th anniversary, the High Sierra mountains camp theming will be enhanced throughout. Thirty years ago the five-acre nature wonderland was created by the Knott family to be a carefree place where nature, adventure and imagination come to life, and in 2014 it will undergo a number of exciting updates including new rides and restoration of the entire area with the original inspiration in mind. 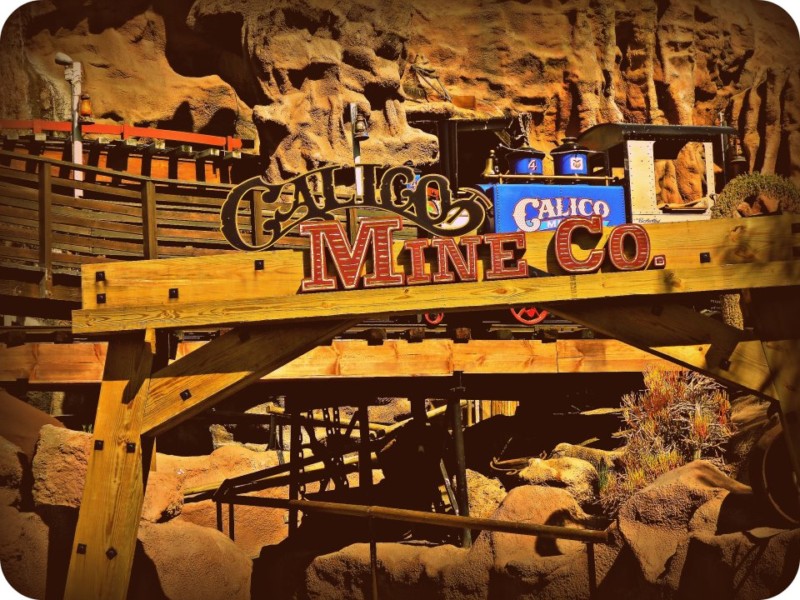 The Calico Mine Ride, Knott’s first major ride, opened in Ghost Town in November 1960 and was quickly recognized as one of the world’s most immersive “dark rides.” The beloved attraction designed by industry pioneer- Bud Hurlbut, carries riders aboard ore cars, on a realistic adventure through dimly lit tunnels of a working gold mine. The winding journey takes passengers to underground lakes, waterfalls, caverns filled with thousands of mysterious formations, chambers filled with steaming, bubbling pots and geysers. At several points in the trip, riders find themselves along the rim of a sixty five foot deep and ninety foot wide scene filled with dozens of animated miners trying to strike it rich.

The Calico Mine Train attraction stands 7 stories tall. Every year over 1 million guests take part in the eight minute journey. The mountain required over 275 tons of steel to complete and was the first attraction with a “hidden” themed queue that snakes upward to the loading station, out of sight of onlookers. The design preserves the impressive forced perspective of the mountain range, based on the sites in the authentic ghost town at Calico in California’s Mojave Desert. 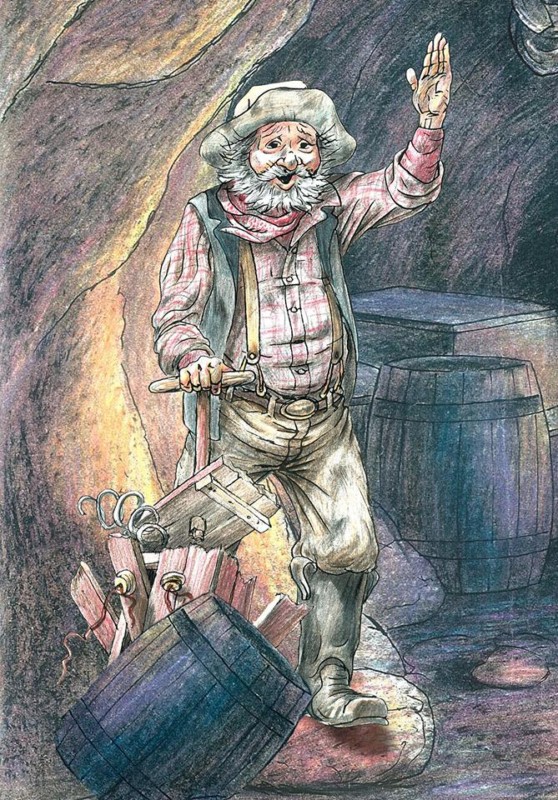 In January 2014 the attraction will close for a comprehensive restoration by Knott’s Berry Farm’s design and production team. The project will be another partnership with Garner Holt Productions, Inc., (GHP) the team that brought award winning new enhancements to the Timber Mountain Log Ride in 2013 with lifelike animatronics and stunning show scenes.

“It is our company’s top priority to preserve and enhance the original story of a working gold mine deep in the heart of the Old West” said Garner Holt, GHP’s founder and president. “The Calico Mine Ride will be filled with lifelike sounds and motion, while maintaining the uniquely authentic feel of the attraction as designed by Knott’s and industry legend Bud Hurlbut.” The renovation of the iconic attraction includes the addition of over 50 new state-of-the-art animatronic figures, all new audio and theme lighting system, and special effects that will capture the imagination of
would-be miners as they journey deep into the winding caverns of the attraction.

Joe Kleimanhttp://wwww.themedreality.com
Raised in San Diego on theme parks, zoos, and IMAX films, InPark's Senior Correspondent Joe Kleiman would expand his childhood loves into two decades as a projectionist and theater director within the giant screen industry. In addition to his work in commercial and museum operations, Joe has volunteered his time to animal husbandry at leading facilities in California and Texas and has played a leading management role for a number of performing arts companies. Joe previously served as News Editor and has remained a contributing author to InPark Magazine since 2011. HIs writing has also appeared in Sound & Communications, LF Examiner, Jim Hill Media, The Planetarian, Behind the Thrills, and MiceChat His blog, ThemedReality.com takes an unconventional look at the attractions industry. Follow on twitter @ThemesRenewed Joe lives in Sacramento, California with his wife, dog, and a ghost.
Share
Facebook
Twitter
Linkedin
Email
Print
WhatsApp
Pinterest
ReddIt
Tumblr
Previous articleDiane Disney Miller, Daughter of Walt Disney and Co-Founder of the Walt Disney Family Museum, Passes Away at 79
Next articleNew wooden coaster trains revealed at IAAPA