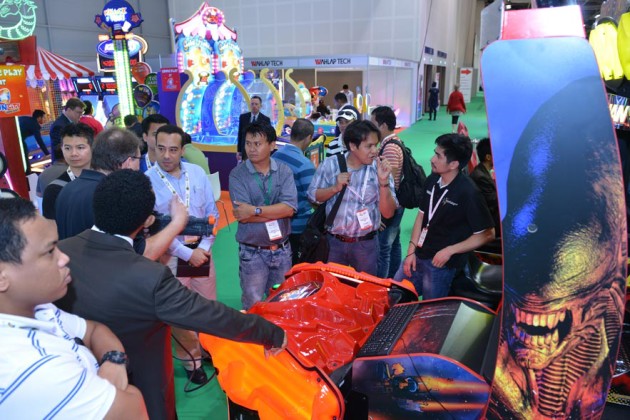 Dubai, UAE (August 2, 2015) — International Expo Consults (IEC), organizers of  the ‘DEAL 2016’ show stated that theme parks in the UAE and GCC region have an edge over their counterparts across the globe. The country’s theme parks are scaling the growth trajectory as it has adopted the latest technology in developing these theme parks and are far more innovative and creative according to Abdul Rahman Falaknaz, Chairman of IEC.

Theme parks are pegged to rake in more than AED5billion towards Dubai’s economy by 2020. This is good news for amusement operators as they gear up to revolutionize the theme park industry to the next level.

Commenting on the growing theme park industry, Lennard Otto, General Manager of IMG Worlds of Adventure said, “Looking at Dubai, the opportunity is clear, one third of the world’s population is within four hours flying time, and two thirds within eight hours. The theme park industry is the next piece of the puzzle for delivering an all-round experience for residents and tourists alike. We are the first movers in this space, pioneering the indoor entertainment concept, which allows us to make the most of an untapped market.”

On the other hand GCC is set to witness a boom in tourism as new projects and developments are being planned and in the execution phase to usher in more tourists than ever before. One of the examples includes Saudi Arabia’s much talked about project – KidzMondo Theme Park. The first branch is anticipated to begin operations in Riyadh in the first quarter of 2017 before spreading out to other major cities of the Kingdom. Launching the KidzMondo cities in Saudi Arabia entails a huge investment of $133m.

“Indoor theme parks minimize seasonality which allows the business to operate at its maximum levels throughout the year. This is largely because we can control that crucial factor which outdoor sites can’t, which is the climate. If you look at the major groupings of outdoor theme parks they tend to be located in locations that offer a temperate that is moderate – this is why the indoor park has an edge in this region,” added Lennard.

“Several mega projects in the GCC region are in various phases of implementation and executions as various destinations are being aptly poised as leisure and entertainment destinations ahead of global mega events, particularly the World Expo 2020 in the UAE and the FIFA World Cup 2022 in Qatar. DEAL 2016 expo would clearly redefine the landscape of the amusement industry in the GCC region as it is the fulcrum for global stakeholders to launch and revamp the amusement industry,” added Mr. Sharif Rahman, CEO, IEC.

Exhibitors at the DEAL 2015 show signed contracts worth over AED1.2 billion. The show grew by 35 percent over the previous year, as exhibitors signed contracts for innovative products and projects, amusement rides and other equipment. The show this year had ushered in more than 300 firms from across 33 countries and attracted 7189 quality trade visitors apart from 64 new exhibitors.

DEAL is Middle East’s gateway for all the participants and associates within the amusement and entertainment industry which can boost their growth and give them a smooth transition into the region’s market. DEAL 2016 is scheduled to be held between the 19th and 21st of April, 2016 and the venue will be ’Zabeel Halls’ – 4, 5 & 6 at the Dubai World Trade Centre (DWTC).

Joe Kleimanhttp://wwww.themedreality.com
Raised in San Diego on theme parks, zoos, and IMAX films, InPark's Senior Correspondent Joe Kleiman would expand his childhood loves into two decades as a projectionist and theater director within the giant screen industry. In addition to his work in commercial and museum operations, Joe has volunteered his time to animal husbandry at leading facilities in California and Texas and has played a leading management role for a number of performing arts companies. Joe previously served as News Editor and has remained a contributing author to InPark Magazine since 2011. HIs writing has also appeared in Sound & Communications, LF Examiner, Jim Hill Media, The Planetarian, Behind the Thrills, and MiceChat His blog, ThemedReality.com takes an unconventional look at the attractions industry. Follow on twitter @ThemesRenewed Joe lives in Sacramento, California with his wife, dog, and a ghost.
Share
Facebook
Twitter
Linkedin
Email
Print
WhatsApp
Pinterest
ReddIt
Tumblr
Previous articleMerlin and DreamWorks Animation Open Interactive Journey Through World of Shrek
Next articleHuss Completes Testing of First Virtual Reality Option for Non-Coaster Rides