Unified Field Enables Atlantis Visitors to Interact with the Shuttle 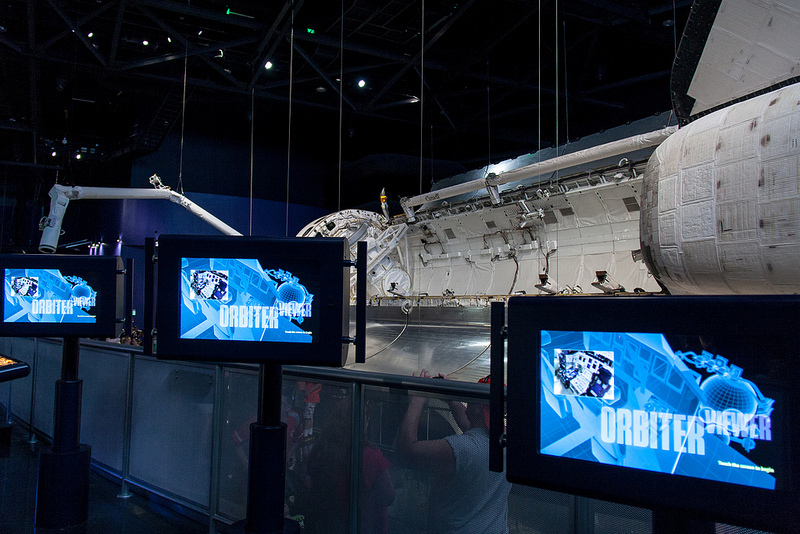 New York, NY, USA /PRNewswire/ — Unified Field Inc., a pioneer in the field of interactive development and digital storytelling, is pleased to announce the opening of one of their foremost projects: the Space Shuttle Atlantis attraction at Kennedy Space Center Visitor Complex. 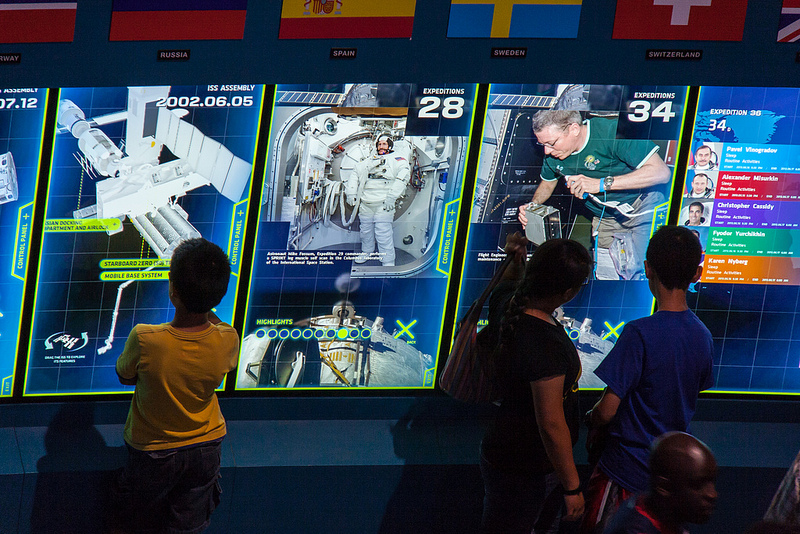 “The interactives in the Space Shuttle Atlantis attraction are truly cutting-edge, celebrating not only NASA’s storied history, but also its future,” said Eli Kuslansky, Unified Field’s Chief Strategist. “These multi-media experiences will honor the legacy of the 30-year Shuttle Program and spark the imaginations of the next generation of NASA astronauts.”

“After a collaboration with Unified Field on the THEA award winning You! The Experience at the Museum of Science and Industry, we knew that they were a natural choice for the Space Shuttle Atlantis interactives. Their programming and design knowledge is unsurpassed in the field,” said Tim Steinouer, President of Design Island.

For many at Unified Field, like Sr. Programmer Charles Yust, the opportunity was the chance of a lifetime. “Building simulators for Kennedy Space Center Visitor Complex was a dream come true. I went to Space Camp when I was 11,” said Yust. 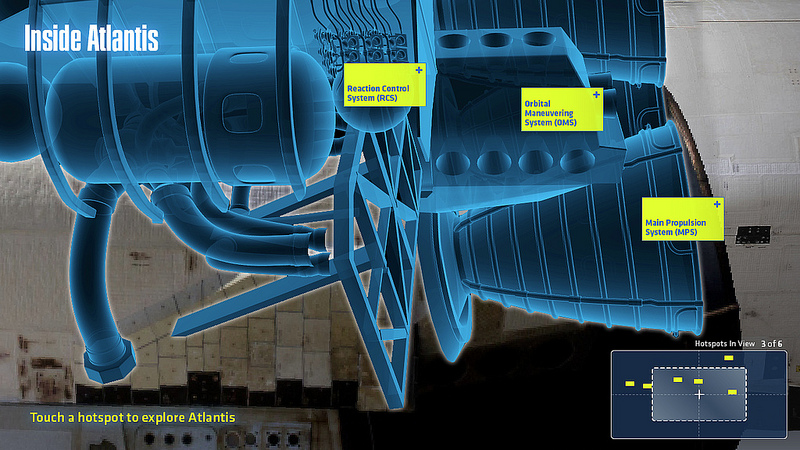 Augmented Reality—Viewing the Space Shuttle from the Inside

Inside the attraction, the 153,996 pound Atlantis orbiter is displayed as if floating in space at a 43.21 degree angle. To allow guests to virtually explore this priceless artifact, Unified Field created augmented reality viewers that let visitors scan the shuttle to “peel away” its exterior, exposing structures like the RS-25 cryogenic rocket engine.

A Seat in the Cockpit

Visitors can take a virtual seat in the cockpit courtesy of Atlantis 360 degrees, another augmented reality viewer designed and developed by Unified Field. It allows visitors to tilt, pan, zoom, and investigate the entire flight deck, using footage from a rotating 360 degree NASA gigapan camera developed to take panoramic images of Mars. 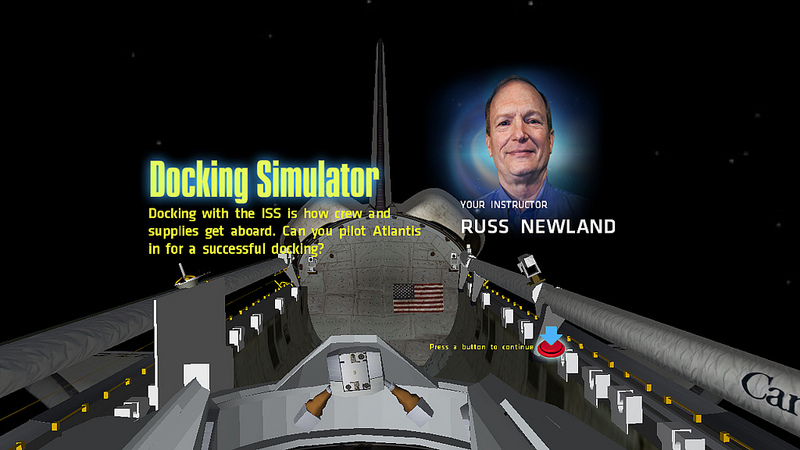 Harnessing the power of a motion sensing device, Unified Field developed a space walking pod that enables guests to don a digital space suit and venture into the vacuum of space to complete missions like repairing the Hubble Space Telescope. A robotic arm simulator puts visitors in charge of Canadarm, the Shuttle’s Remote Manipulator System. Other simulations encourage players to land the shuttle or dock it with the Space Station.

Unified Field is proud to partner with Kennedy Space Center Visitor Complex, launching the Space Shuttle Atlantis on its newest mission: inspiring the scientific minds of tomorrow to take us places that only NASA can imagine.

Joe Kleimanhttp://wwww.themedreality.com
Raised in San Diego on theme parks, zoos, and IMAX films, InPark's Senior Correspondent Joe Kleiman would expand his childhood loves into two decades as a projectionist and theater director within the giant screen industry. In addition to his work in commercial and museum operations, Joe has volunteered his time to animal husbandry at leading facilities in California and Texas and has played a leading management role for a number of performing arts companies. Joe previously served as News Editor and has remained a contributing author to InPark Magazine since 2011. HIs writing has also appeared in Sound & Communications, LF Examiner, Jim Hill Media, The Planetarian, Behind the Thrills, and MiceChat His blog, ThemedReality.com takes an unconventional look at the attractions industry. Follow on twitter @ThemesRenewed Joe lives in Sacramento, California with his wife, dog, and a ghost.
Share
Facebook
Twitter
Linkedin
Email
Print
WhatsApp
Pinterest
ReddIt
Tumblr
Previous articleA Fourth of July Treat from InPark
Next articleCanadian Heritage to Fund 2,500 Youth Hires through Canadian Museum Association