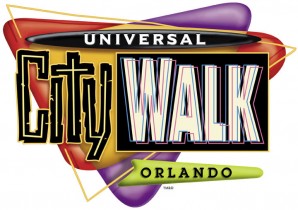 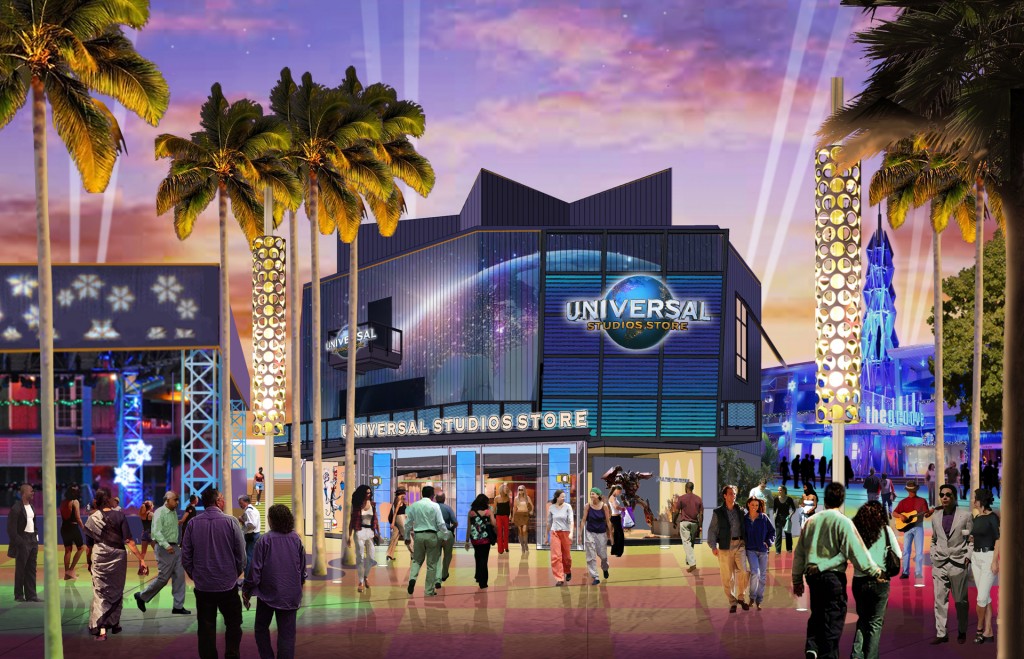 Orlando, FL, USA (Dec. 12, 2013) — Universal Orlando’s CityWalk will undergo a historic expansion during 2014 – all part of an epic year for Universal that will include the opening of the destination’s largest hotel, Universal’s Cabana Bay Beach Resort, and The Wizarding World of Harry Potter – Diagon Alley.

Universal Orlando announced Thursday that it will open eight new venues across CityWalk throughout 2014 as part of a bold growth strategy designed to complement the entertainment complex’s already popular collection of national brands.

The expansion comes after a nationwide search for culinary concepts that include a mix of established national brands, up-and-coming concepts and Universal’s own creations.  The new venues will share an overall theme that includes inviting common areas, al fresco dining, open kitchens and more.

“We want Universal CityWalk to grow along with the rest of our destination,” said Ric Florell, Senior Vice President and General Manager of Resort Revenue Operations at Universal Orlando.  “We are bringing our guests an amazing new collection of experiences that will be world-class and offer something for everyone.” 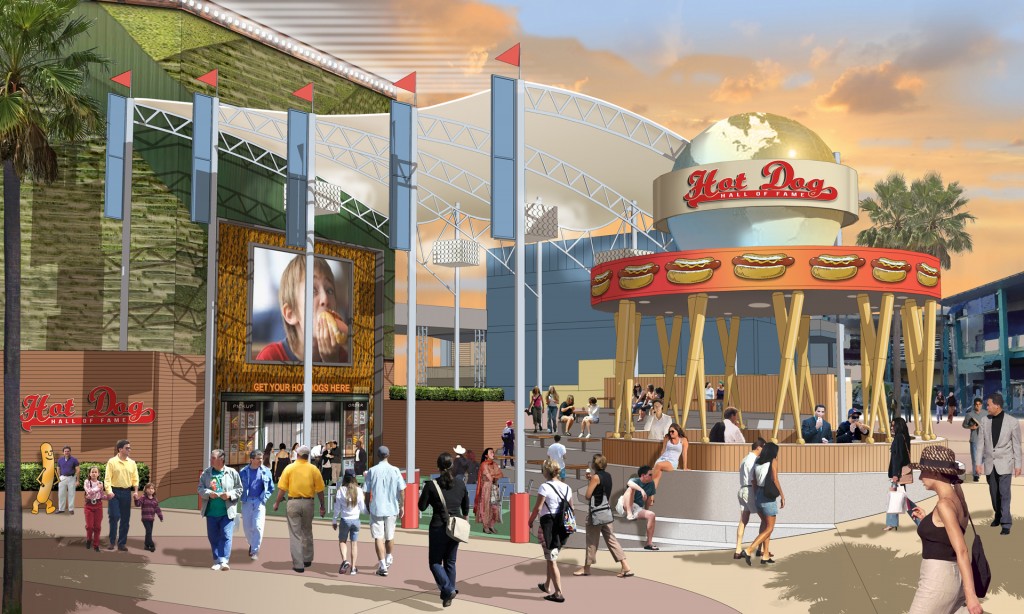 The new venues include Hot Dog Hall of Fame, featuring iconic hot dog creations from some of our nation’s most famous ball parks.  Universal partnered with Steven Schussler, the global culinary concept creator behind popular restaurants like Rain Forest Cafe, Backfire Barbecue and more, to bring his Hot Dog Hall of Fame concept to CityWalk.  They also include CowFish, an innovative and trend-setting concept out of Charlotte, North Carolina with a signature dish called “Burgushi;” and popular frozen treat spots Cold Stone Creamery and Menchie’s.

A full list of new venues and descriptions can be found below.  Exact opening dates will be released at a later time.

Since its opening in 1999, Universal CityWalk has served as the “entertainment capital of Orlando,” quickly becoming the hottest place in town among locals and visitors to grab a bite to eat, catch a movie, dance the night away and more.  The two-tiered, 30-acre complex features a collection of nightclubs, restaurants and shops themed after some of the most recognizable names in entertainment, including Bob Marley – A Tribute to Freedom, Emeril’s Restaurant Orlando, Jimmy Buffett’s Margaritaville and Bubba Gump Shrimp Company.  Universal CityWalk is also home to Rising Star – an energetic karaoke club where guests can perform with a live band and backup singers, the 36-hole mini-golf course, Hollywood Drive-In Golf, and the indescribable, nationally-renowned live show, Blue Man Group. 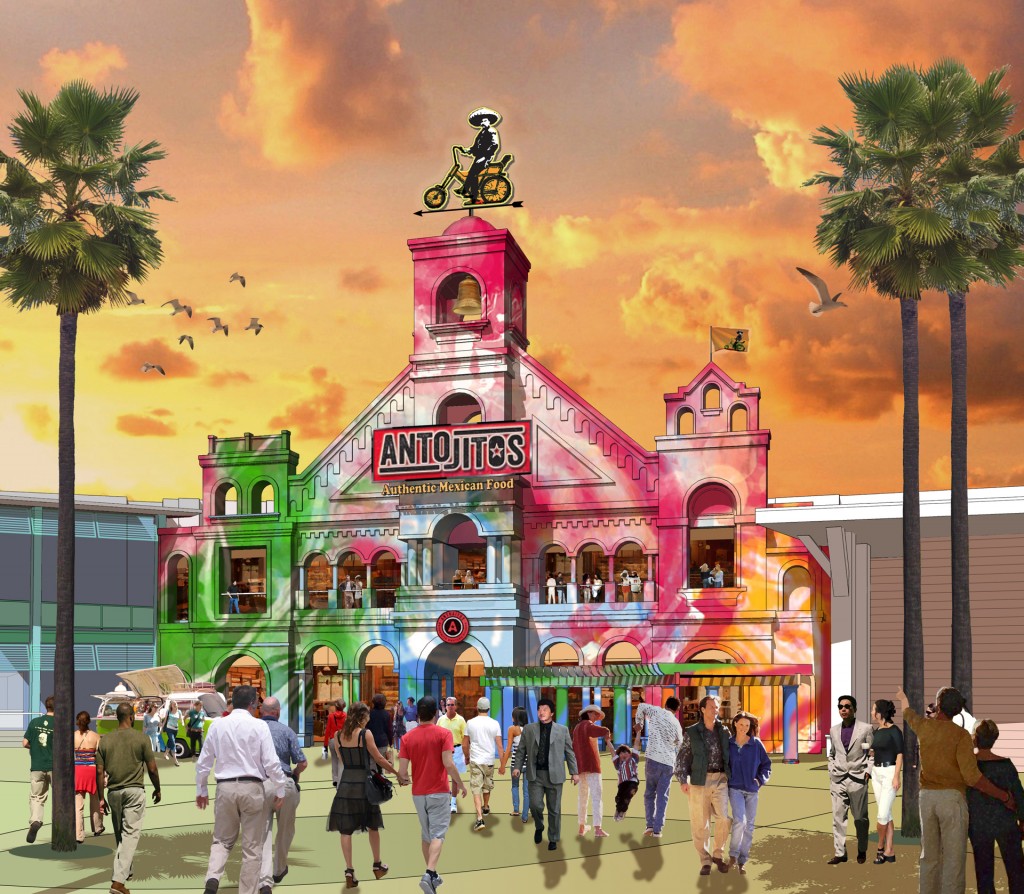 Hot Dog Hall of Fame: Strike out your hunger at Hot Dog Hall of Fame with some of the most iconic hot dog creations from our nation’s most famous ballparks. Take a seat in the bleachers and enjoy a loaded Chicago dog with all the toppings, a perfectly charred Boston brat, a monster LA dog and more.

A new modern Italian kitchen concept: Immerse yourself in the essence of modern Italian cuisine at this new restaurant created by Universal Orlando. Watch as the culinary team handcrafts your pasta from scratch to create fresh takes on classic dishes in a clean, contemporary dining atmosphere.

Cold Stone Creamery: For more than 25 years, Cold Stone Creamery has served up the finest, freshest ice cream, cakes, smoothies and shakes using only the highest quality ingredients and their signature process of preparing your custom ice cream creation on a frozen granite stone.

Bread Box: With a Bread Box sandwich, you’ll be transported back to your childhood kitchen or your favorite street corner deli.  Here you’ll find that the combination of quality meats and vegetables, fresh bread, and simple preparation can transform a sandwich into something more.

Menchie’s: One of the world’s most popular frozen yogurt shops is coming to Universal CityWalk.   The dream was to create a place where people from all walks of life and ages could enjoy themselves—not only with great tasting, quality frozen yogurt and an expansive self-serve toppings bar, but with a unique experience in a fun and happy environment that makes you smile.

Joe Kleimanhttp://wwww.themedreality.com
Raised in San Diego on theme parks, zoos, and IMAX films, InPark's Senior Correspondent Joe Kleiman would expand his childhood loves into two decades as a projectionist and theater director within the giant screen industry. In addition to his work in commercial and museum operations, Joe has volunteered his time to animal husbandry at leading facilities in California and Texas and has played a leading management role for a number of performing arts companies. Joe previously served as News Editor and has remained a contributing author to InPark Magazine since 2011. HIs writing has also appeared in Sound & Communications, LF Examiner, Jim Hill Media, The Planetarian, Behind the Thrills, and MiceChat His blog, ThemedReality.com takes an unconventional look at the attractions industry. Follow on twitter @ThemesRenewed Joe lives in Sacramento, California with his wife, dog, and a ghost.
Share
Facebook
Twitter
Linkedin
Email
Print
WhatsApp
Pinterest
ReddIt
Tumblr
Previous article
In 1901, in a working class neighborhood in Chicago, Walt Disney was born…
Next article
SimEx-Iwerks Brings Marvel Heroes to Life in Las Vegas