Orlando, FL, USA (Aug. 25, 2015) — One of the most successful film franchises of all time will soon become one of Universal Studios Florida’s most action-packed ride experiences.  Universal Orlando Resort announced today that Fast & Furious: Supercharged will join its incredible lineup of attractions in 2017 – continuing the unprecedented growth of the destination.

Guests will experience a high-octane journey that fuses an original storyline and incredible ride technology with everything that fans love about the films—popular characters, exhilarating environments, nonstop action and, of course, high-speed cars.

Led by film stars Vin Diesel (Dom Toretto), Dwayne Johnson (Hobbs), Michelle Rodriguez (Letty) and Tyrese Gibson (Roman), guests will feel like part of the “Fast family” as they embark on a thrilling new Fast & Furious adventure.  They will be immersed in the underground racing world made famous in the films, explore the headquarters of Toretto and his team and even get to check out some of the supercharged cars they’ve seen on the big screen.  Then, guests will board specially-designed vehicles and take off on an adrenaline-pumping ride with their favorite stars from the films.

Fast & Furious is Universal Pictures’ highest-grossing film franchise of all time.  Since the release of the first film in 2001, the Fast & Furious series has become a cultural phenomenon.  Together, all seven installments have grossed nearly $3.9 billion at the worldwide box office.  The most recent film, Furious 7, was released in April and became the fifth-highest-grossing film of all time, with more than $1.5 billion in global box office.  In addition, Universal Studios Hollywood introduced its own Fast & Furious—Supercharged this summer, which serves as the grand finale to its world famous Studio Tour.

Fast & Furious: Supercharged will replace Beetlejuice Graveyard Revue and Disaster: A Major Motion Picture Starring You! at Universal Studios Florida.  Disaster will close on September 8, 2015 and Beetlejuice will close later this year to make way for the new attraction. 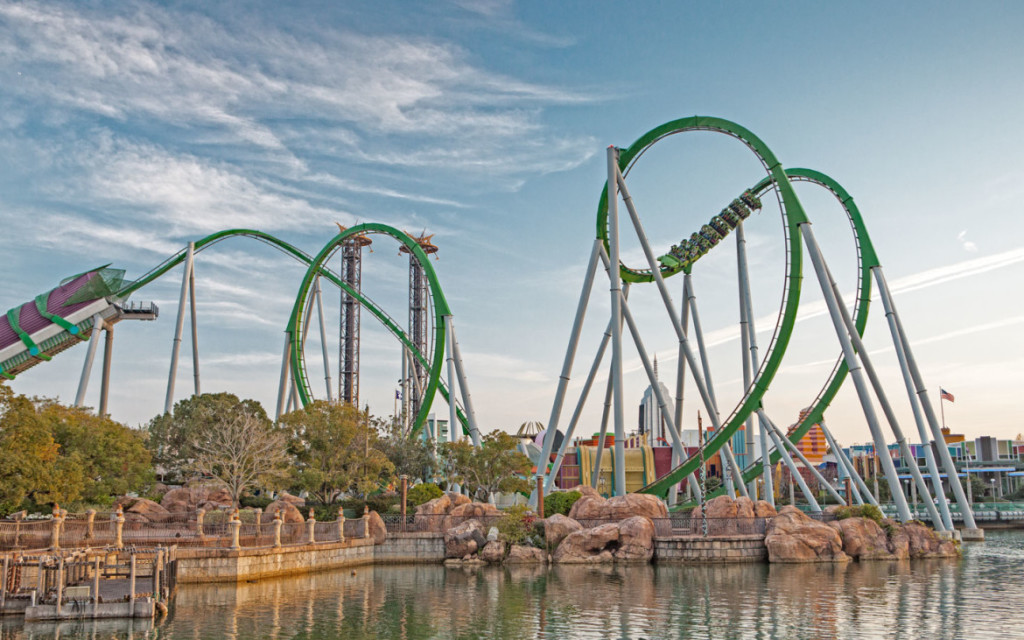 Additionally, Universal Orlando Resort has announced that the Incredible Hulk Coaster at Universal’s Islands of Adventure will also close on September 8, 2015 for enhancements to the storyline and overall effects and the addition of new ride vehicles.

Joe Kleimanhttp://wwww.themedreality.com
Raised in San Diego on theme parks, zoos, and IMAX films, Joe Kleiman would expand his childhood loves into two decades as a projectionist and theater director within the giant screen industry. In addition to his work in commercial and museum operations, Joe has volunteered his time to animal husbandry at leading facilities in California and Texas and has played a leading management role for a number of performing arts companies. Joe has been News Editor and contributing author to InPark Magazine since 2011. HIs writing has also appeared in Sound & Communications, LF Examiner, Jim Hill Media, and MiceChat. His blog, ThemedReality.com takes an unconventional look at the attractions industry. Follow on twitter @ThemesRenewed Joe lives in Sacramento, California with his fiancé, two dogs, and a ghost.
Share
Facebook
Twitter
Linkedin
Email
Print
WhatsApp
Pinterest
ReddIt
Tumblr
Previous articleUPDATED WITH CEDAR POINT’S NEW COASTER! Cedar Fair Parks Announce 2016 Projects
Next articleEvans & Sutherland to Demonstrate 8K Digistar 5 Fulldome System at Tech Museum During GSCA 2015 Conference