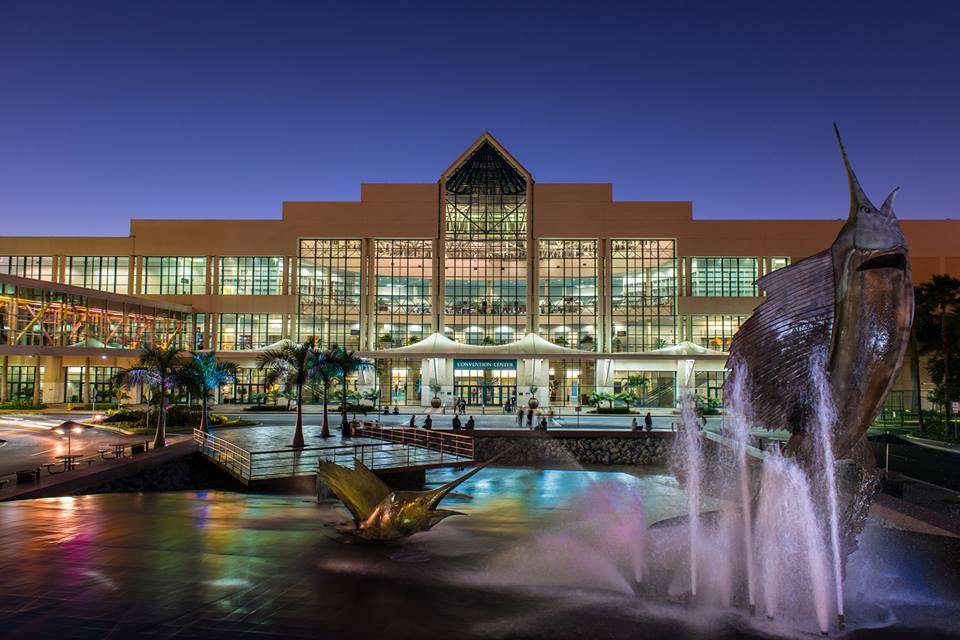 Register for your FREE Stage Expo Pass as an InPark Magazine reader. Use promo code IP2018.

USITT’s 58th Annual Conference & Stage Expo is coming to Fort Lauderdale March 14-17, 2018, and with it, over 5,500 members of the technical production industry and lots of action to the Broward County Convention Center.

USITT 2018 will be the organization’s biggest event of the year and its biggest year yet. It will showcase the world of live entertainment design and technology with exhibitors of the latest technology for creating live shows, plus over 250 presentations, demonstrations, and celebrations of work by top artists in the field.

This is the first time that USITT has produced an event of this size. The show’s direct economic spend is estimated at $7 million, with attendees filling 10 hotels in the Fort Lauderdale area and patronizing local arts venues, attractions, and dining establishments.

Keynote Presenter Joseph Haj is the Director of the Guthrie Theater. He has directed and performed in theaters throughout the United States including the Oregon Shakespeare Festival, the New York Public Theater, the Alley, the Mark Taper Forum, the Ahmanson, Actors Theatre of Louisville, The Folger and many others. Named by American Theatre magazine as one of 25 theater artists who will have a significant impact on the field over the next quarter century, Haj is a visionary leader at one of the nation’s top regional theaters.

USITT Stage Expo opens with fanfare at 11 a.m. Thursday, March 15. Thousands of people gather to swarm the booths of over 300 plus exhibitors as soon as the doors open to a huge display of theater technology.

USITT’s Gateway program is bringing 12 students from underrepresented populations in entertainment production to the Conference and pairing them with mentors to enhance their experience and boost their careers.

USITT also offers several sessions on diversity and accessibility in the arts, as well as sessions tailored to production technology for worship services, and “green” production, among other trending issues.

Joe Kleimanhttp://wwww.themedreality.com
Raised in San Diego on theme parks, zoos, and IMAX films, InPark's Senior Correspondent Joe Kleiman would expand his childhood loves into two decades as a projectionist and theater director within the giant screen industry. In addition to his work in commercial and museum operations, Joe has volunteered his time to animal husbandry at leading facilities in California and Texas and has played a leading management role for a number of performing arts companies. Joe previously served as News Editor and has remained a contributing author to InPark Magazine since 2011. HIs writing has also appeared in Sound & Communications, LF Examiner, Jim Hill Media, The Planetarian, Behind the Thrills, and MiceChat His blog, ThemedReality.com takes an unconventional look at the attractions industry. Follow on twitter @ThemesRenewed Joe lives in Sacramento, California with his wife, dog, and a ghost.
Share
Facebook
Twitter
Linkedin
Email
Print
WhatsApp
Pinterest
ReddIt
Tumblr
Previous articlePerkins+Will to Design Suzhou Science & Technology Museum
Next articleIAAPA Leadership Conference 2018 to Conclude With Visits to Four Major Tokyo Attractions