Vancouver Aquarium to End Display of Whales and Dolphins 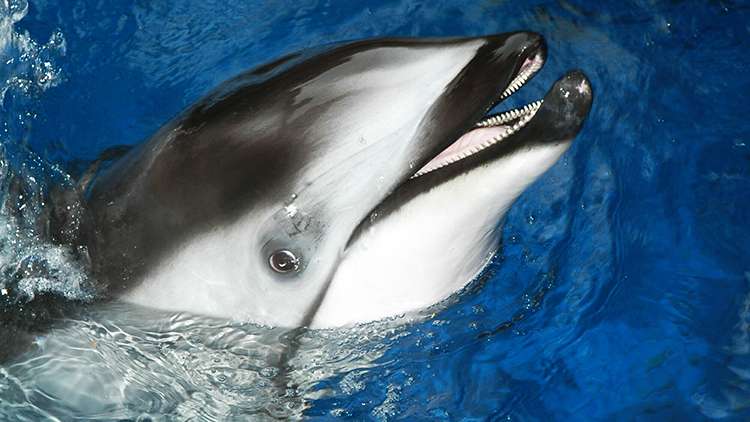 This morning the Vancouver Aquarium, an Ocean Wise initiative, confirmed its commitment to its mission by continuing to engage more than one million visitors annually, but to do so without whales and dolphins in Stanley Park.

“Having significantly contributed to tens of millions of people caring about whales and dolphins over the past four decades, Vancouver Aquarium will now focus on raising awareness of ocean issues impacting other marine animals and will no longer display cetaceans at its facility, with the exception of doing what is best for Pacific white-sided dolphin Helen and any need to use the Aquarium for the temporary accommodation of a rescued cetacean,” said Vancouver Aquarium and Ocean Wise CEO and president, Dr. John Nightingale.

The launch of Ocean Wise in 2017 as the parent global ocean conservation organization focused on protecting and restoring our world’s oceans marked the start of a new era for Vancouver Aquarium. From raising awareness on ocean issues and inspiring the global community to join our efforts, Ocean Wise also includes expanded research, education and direct-action programs.

“There is much work to be done to protect our oceans, and we are focused on the immense leadership needed to help safeguard our aquatic ecosystems,” said Nightingale.

In September, the Aquarium will begin construction on the Canada’s Arctic exhibit that has been planned for more than a decade: a transformed habitat and display that will engage visitors about the challenges facing Canada’s fragile North. An array of species will be featured, from coldwater corals to Arctic pinnipeds, such as seals and walruses. An important ecosystem that sustains rich biodiversity, the Arctic is under tremendous pressure from a changing climate. With field research, partnerships, and outreach, Ocean Wise has placed a priority on protecting Canada’s Arctic, and the exhibit will be a key element of that work. The transformed Canada’s Arctic exhibit is scheduled to open in 2019.

As always, the welfare and well-being of animals in its care, and in the wild, remain a top priority for the Aquarium. As part of the transition, the animal care team is working thoughtfully on the best possible arrangements for Helen, the Pacific white-sided dolphin who is the only cetacean currently living at the Aquarium. Believed to be in her early 30s, Helen is considered a senior-aged dolphin. She arrived at the Aquarium in 2005 after her rescue and rehabilitation from entanglement in a fishing net in Japan.

“After many years in professional care and with only partial flippers, Helen is not a candidate for release,” said Dr. Nightingale. “However, dolphins are a social species so finding companionship for her is paramount.” Unfortunately, decisions about her future are complicated, with options limited at this time by her age, Vancouver Park Board legislation, the outcome of court challenges and the long processes of obtaining international permits.

Also core to its mission of protecting aquatic life, the Vancouver Aquarium Marine Mammal Rescue Centre — the only marine mammal hospital of its kind in Canada — will continue to rescue and rehabilitate animals in need, including whales or dolphins. The authorization to save a stranded, sick or injured marine animal is provided by Fisheries and Oceans Canada (DFO) in advance of any rescue effort. Rescued animals are transferred to the Marine Mammal Rescue Centre – located outside Stanley Park – for critical, short-term care, with the aim to rehabilitate and release back to the wild. Should a rescued cetacean need ongoing care, the animal care team will identify an appropriate long-term facility and work to arrange for a transfer of the patient. When necessary, on a temporary basis, Vancouver Aquarium may need to house a rescued cetacean at its unique facility until an appropriate receiving facility has been identified. The Aquarium’s intention is to continue to provide temporary care to rescued cetaceans as requested by professional veterinarians and DFO.

Today’s announcement marks a shift for the Aquarium, but it’s a move that is in line with the organization’s commitment to its community, country, and to the world’s oceans.

“The Vancouver Aquarium was the original environmental organization in Vancouver,” said Nightingale. “We put conservation into action every day. It’s what we do, it’s who we are, and we will keep doing it long into the future.”

Joe Kleimanhttp://wwww.themedreality.com
Raised in San Diego on theme parks, zoos, and IMAX films, InPark's Senior Correspondent Joe Kleiman would expand his childhood loves into two decades as a projectionist and theater director within the giant screen industry. In addition to his work in commercial and museum operations, Joe has volunteered his time to animal husbandry at leading facilities in California and Texas and has played a leading management role for a number of performing arts companies. Joe previously served as News Editor and has remained a contributing author to InPark Magazine since 2011. HIs writing has also appeared in Sound & Communications, LF Examiner, Jim Hill Media, The Planetarian, Behind the Thrills, and MiceChat His blog, ThemedReality.com takes an unconventional look at the attractions industry. Follow on twitter @ThemesRenewed Joe lives in Sacramento, California with his wife, dog, and a ghost.
Share
Facebook
Twitter
Linkedin
Email
Print
WhatsApp
Pinterest
ReddIt
Tumblr
Previous article
Largest Single Gift Received by San Diego Zoo Will Fund $69 Million New Children’s Zoo
Next article
InPark Presents the Top 17 Stories of 2017