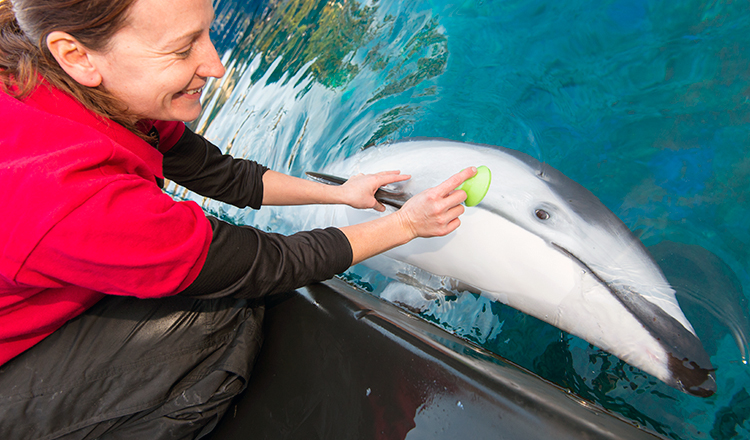 In response to concerns raised by members of the public over the Vancouver Aquarium’s planned expansion, the Aquarium has released an open letter outlining its policies regarding cetaceans, a portion of which appears below.  The full letter can be found here.

“We are a leader in managing our cetacean populations, which includes our belugas and Pacific white-sided dolphins. On September 16, 1996, Vancouver Aquarium took a leadership role and became the first (and only) aquarium in the world to make a commitment to no longer capture cetaceans (whales and dolphins) from the wild for display and to only care for:

–Cetaceans that were captured before 1996

–Cetaceans that were born in a zoo or aquarium

–Cetaceans that were rescued from the wild and rehabilitated, but deemed non-releasable by the appropriate government authorities

“We do not and will not capture wild cetaceans for display. The last dolphin collected for the Aquarium was in 1971 and the last cetacean of any kind was collected in 1990 when our beluga whale, Aurora, joined us. Our responsible breeding program, managed in partnership with accredited institutions in North America, enables us to maintain a population of marine mammals at the Aquarium that continues to contribute to vital public engagement and interpretation. And, we serve as a long-term home for rescued cetaceans that cannot be returned to the wild due to their injuries or inability to survive on their own.”

Joe Kleimanhttp://wwww.themedreality.com
Raised in San Diego on theme parks, zoos, and IMAX films, InPark's Senior Correspondent Joe Kleiman would expand his childhood loves into two decades as a projectionist and theater director within the giant screen industry. In addition to his work in commercial and museum operations, Joe has volunteered his time to animal husbandry at leading facilities in California and Texas and has played a leading management role for a number of performing arts companies. Joe previously served as News Editor and has remained a contributing author to InPark Magazine since 2011. HIs writing has also appeared in Sound & Communications, LF Examiner, Jim Hill Media, The Planetarian, Behind the Thrills, and MiceChat His blog, ThemedReality.com takes an unconventional look at the attractions industry. Follow on twitter @ThemesRenewed Joe lives in Sacramento, California with his wife, dog, and a ghost.
Share
Facebook
Twitter
Linkedin
Email
Print
WhatsApp
Pinterest
ReddIt
Tumblr
Previous articleVampire Ghost Town to Anchor Holiday Park’s New Sky Scream Coaster
Next articleMatt Mascheri, a Go Pro kind of guy: Interview by CC Petersen