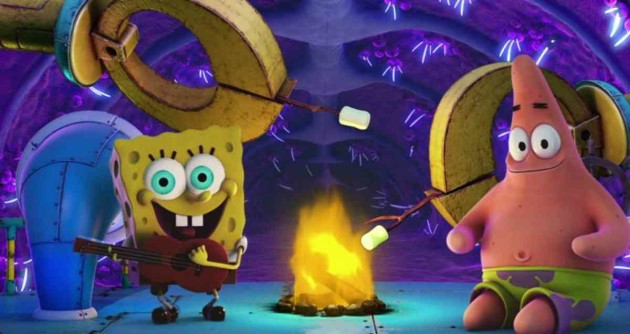 “The artistry, ingenuity and passion of visual effects practitioners around the world have come together to create truly remarkable imagery in a variety of media,” said Mike Chambers, VES Chair.  “We are seeing best in field work that elevates the art of storytelling and engages the audience in new and innovative ways.  The VES Awards is the only venue that showcases and honors these outstanding artists across a wide range of disciplines, and we are extremely proud of all our nominees!”

A Special Venue Project is defined by the location at which the material is shown. Special Venues are locations such as theme parks, large-format theaters, museums, galleries, outdoor sites, or live theatres, but not standard movie theaters, homes, or personal viewing devices. Projects must be specifically created for that venue; repurposed projects do not qualify. One-time projects (e.g., opening/closing ceremonies at the Olympics) are eligible in this category, as are Virtual Reality projects for Special Venues. Demonstration, pre-release, or trade show projects are not eligible for the VES Awards.

Special Venue Projects may be Photoreal or Animated, interactive or linear, and 2D or 3D; but the Work to Be Considered and Before & Afters must be submitted as 2D, linear, and with the correct specifications.

Nominees for Outstanding Visual Effects for a Special Venue Project are:

Joe Kleimanhttp://wwww.themedreality.com
Raised in San Diego on theme parks, zoos, and IMAX films, Joe Kleiman would expand his childhood loves into two decades as a projectionist and theater director within the giant screen industry. In addition to his work in commercial and museum operations, Joe has volunteered his time to animal husbandry at leading facilities in California and Texas and has played a leading management role for a number of performing arts companies. Joe has been News Editor and contributing author to InPark Magazine since 2011. HIs writing has also appeared in Sound & Communications, LF Examiner, Jim Hill Media, and MiceChat. His blog, ThemedReality.com takes an unconventional look at the attractions industry. Follow on twitter @ThemesRenewed Joe lives in Sacramento, California with his fiancé, two dogs, and a ghost.
Share
Facebook
Twitter
Linkedin
Email
Print
WhatsApp
Pinterest
ReddIt
Tumblr
Previous articleaccesso Promotes Four to Key Management Positions
Next articleT&S Lighting Solutions Awarded Patent for LED Lighting Technology in Sports Venues

How attractions industry creatives and geeks shelter in place, inventively