VIDEO: MOTIONGATE Dubai Goes All In with Step Up Dubai 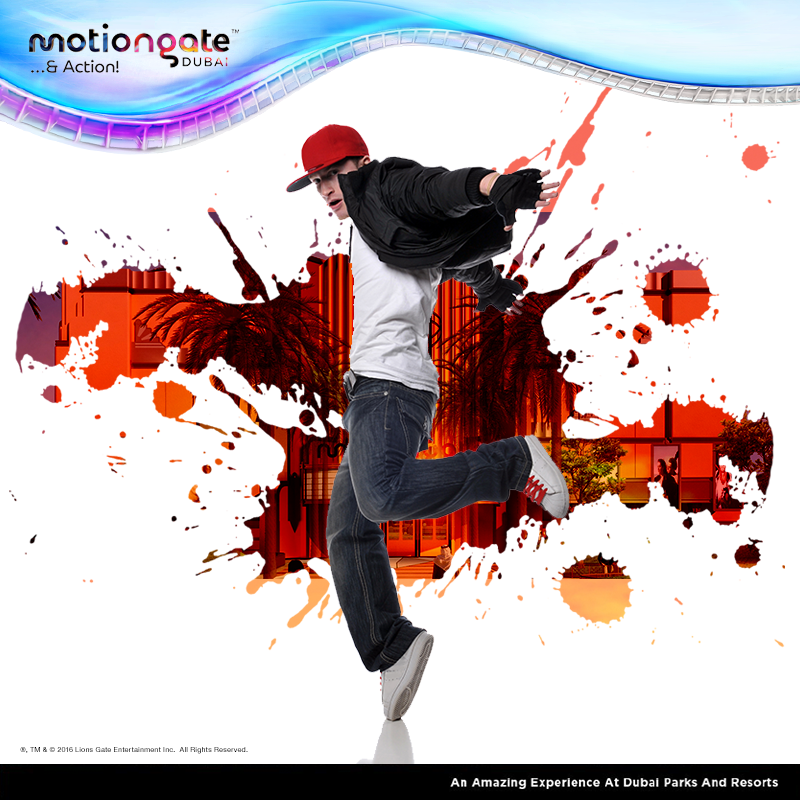 Featuring talented performers who have been recruited from around the world, the trailer also includes some of the talent behind the show, including Elaine Hinds, Director of Entertainment for MOTIONGATE™ Dubai, internationally acclaimed choreographer Geo Hubela, and Broadway veteran and director, Michael Clowers.

Hosted inside the 1,000-seat Hollywood Theatre at MOTIONGATE™ Dubai, Step Up Dubai, All In! marks the first time the blockbuster dance films Step Up: Revolution and Step Up: All In have been re-created as a permanent, live dance show.

MOTIONGATE™ Dubai is part of Dubai Parks and Resorts which also features Bollywood Parks™ Dubai, a first-of-its-kind theme park that will showcase rides and attraction based on some of Bollywood’s biggest blockbusters as well as the region’s first LEGOLAND® Park and a LEGOLAND® Water Park. The entire destination is connected by Riverland™ Dubai – a retail and dining destination at the heart of Dubai Parks and Resorts that is free for all to enjoy, and guests can stay at the Lapita™ Hotel, a Polynesian themed family hotel part of the Marriott Autograph® Collection. Expected to open in late 2019, Six Flags Dubai will be destination’s fourth theme park and the region’s first Six Flags theme park.

Joe Kleimanhttp://www.themedreality.com
Raised in San Diego on theme parks, zoos, and IMAX films, Joe Kleiman would expand his childhood loves into two decades as a projectionist and theater director within the giant screen industry. In addition to his work in commercial and museum operations, Joe has volunteered his time to animal husbandry at leading facilities in California and Texas and has played a leading management role for a number of performing arts companies. Joe has been News Editor and contributing author to InPark Magazine since 2011. HIs writing has also appeared in Sound & Communications, LF Examiner, Jim Hill Media, and MiceChat. His blog, ThemedReality.com takes an unconventional look at the attractions industry. Follow on twitter @themedreality Joe lives in Sacramento, California with his fiancé, two dogs, and a ghost.
Share
Facebook
Twitter
Linkedin
Email
Print
WhatsApp
Pinterest
ReddIt
Tumblr
Previous articleBarco to Introduce Next Generation Simulation Product at I/ITSEC 2016
Next articleScruffy Dog’s US Debut