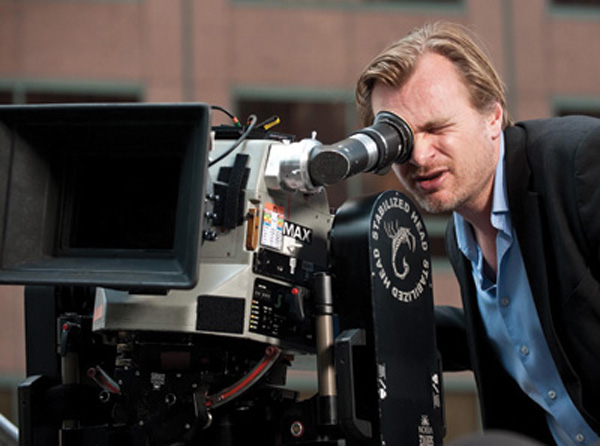 Burbank, CA, USA (May 16, 2014) — Christopher Nolan’s next film, Interstellar, is believed by many to be the final Hollywood film to be shot and projected with IMAX 15 perforation/70mm film stock, as giant screen theaters prepare to undergo a transformation to laser-light digital projection systems.  Nolan’s first feature incorporating IMAX-shot footage was The Dark Knight, which included 28-minutes captured on the specialty film stock.  Its followup, The Dark Knight Rises, featured 72 minutes of IMAX footage.  Nolan is promising more IMAX-sourced footage for Interstellar than either of his two previous efforts.  Other Hollywood films that have incorporated IMAX-shot footage are Transformers: Revenge of the Fallen, Mission: Impossible – Ghost Protocol, Star Trek Into Darkness, and The Hunger Games: Catching Fire

The trailer’s world premier took place on May 5 at the Smithsonian National Air and Space Museum’s Lockheed Martin IMAX Theater in Washington, DC, USA.  The trailer features shots captured on 15perf/70mm film, which will appear in full 4:3 aspect ratio, filling the IMAX screen, during the film’s run. Those shots, however, have been letterboxed for the trailer to match scenes shot in other aspect ratios. According to Zarth Bartsch, Director, Theaters for the Smithsonian, “This is because switching back and forth between aspect ratios was deemed too distracting with the fast cuts between scenes.”

Nolan has told exhibitors that he expects Interstellar to play on at least 50 film-based IMAX projection systems during its theatrical run.

Joe Kleimanhttp://wwww.themedreality.com
Raised in San Diego on theme parks, zoos, and IMAX films, InPark's Senior Correspondent Joe Kleiman would expand his childhood loves into two decades as a projectionist and theater director within the giant screen industry. In addition to his work in commercial and museum operations, Joe has volunteered his time to animal husbandry at leading facilities in California and Texas and has played a leading management role for a number of performing arts companies. Joe previously served as News Editor and has remained a contributing author to InPark Magazine since 2011. HIs writing has also appeared in Sound & Communications, LF Examiner, Jim Hill Media, The Planetarian, Behind the Thrills, and MiceChat His blog, ThemedReality.com takes an unconventional look at the attractions industry. Follow on twitter @ThemesRenewed Joe lives in Sacramento, California with his wife, dog, and a ghost.
Share
Facebook
Twitter
Linkedin
Email
Print
WhatsApp
Pinterest
ReddIt
Tumblr
Previous articleProSlide Whets the Thrill Appetite at Wet’n’Wild Sydney
Next articleIPM REPORTS: The Other Side of the Michael Jackson Hologram