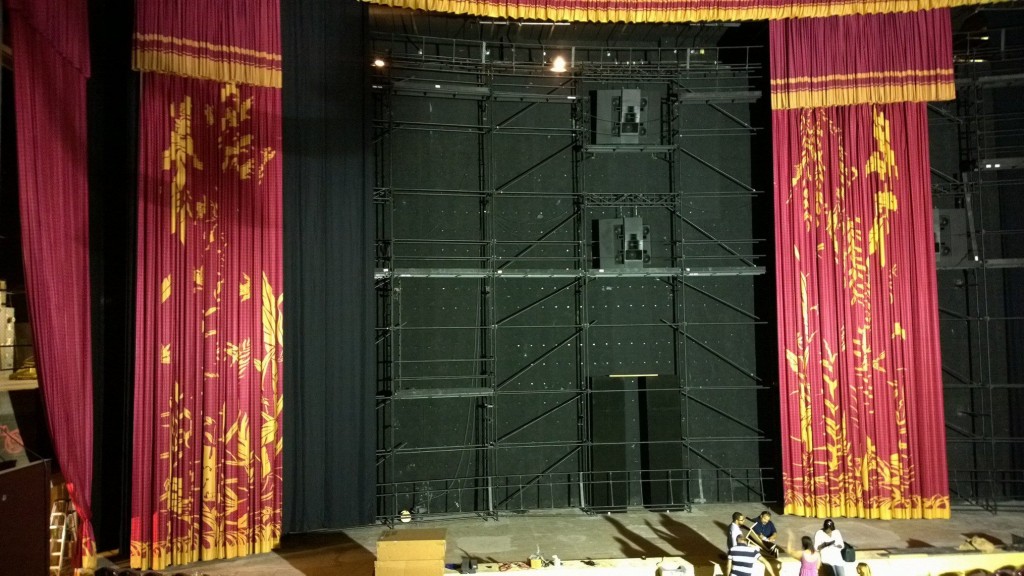 Alwyn Kushner, President and COO of the TCL Chinese Theatre says, “We believe that IMAX‘s unparalleled entertainment technology coupled with its blockbuster portfolio of films will usher in a new era of movie-going at our famed theatre.”

Honored as a Los Angeles Historical Landmark in 1968, the TCL Chinese Theatres’ current management aims to preserve the integrity and timeless cultural heritage of the theatre, and bring the cherished venue back to the glory days, when showman-founder Sid Grauman first opened the theatre in 1927, and give the storied movie palace a new lease on life and allow theatre-goers a much improved, truly world-class cinematic experience.

With the blessing of both the Los Angeles Historical Theatre Foundation and Hollywood’s Historic Resources Group, the TCL Chinese Theatre has partnered with IMAX Corporation to introduce the single largest IMAX auditorium in the world.  The new theatre seats 932 people, and hosts the third largest commercial movie screen in North America, joining an exclusive class of theatres along with the Metreon IMAX  theatre in San Francisco and Lincoln Square IMAX theatre in New York City.

The TCL Chinese Theatre will be equipped with all of the elements of The IMAX Experience, including ground-breaking, crystal-clear digital projection, cutting-edge laser-aligned sound technology and a curved screen spanning from floor to ceiling and wall to wall, providing moviegoers visiting this historic site the world’s most immersive cinematic experience.

Peyton Hall, a senior executive with Hollywood’s Historic Resources Group commented: “Grauman’s Chinese Theatre is one of our city’s most important cultural properties, and one of the most popular destinations for visitors to Los Angeles from all over the world. Having worked on a substantial restoration of the building that was completed in 2001, we are gratified by the important new support for the site. The proposed improvements at the Chinese protect the history of the place as a building while updating Sid Grauman’s original purpose: promoting screening for everyone the best that the American movie industry has to offer.”

The new theatre expands the screen from an already massive 70′ x 30′ to 90′ x 47.2′, a dramatic increase allowing films shot using the most advanced digital and film technologies available to be enjoyed as the filmmakers’ intended; and luxurious, subtle masking will be available for showings of films designed to be enjoyed on traditionally sized cinema screens.

On September 20, 2013, the TCL Chinese Theatre will unveil its new screen to the public with showings of Wizard of Oz, an iconic American film which originally premiered at this historic theatre on August 15 1939, revitalized with the unparalleled technologies of The IMAX Experience.

The IMAX showing is the first time “The Wizard of Oz” will be played on this big screen format. IMAX Corporation oversaw the remastering of the film’s image and soundtrack.  Warner Bros. worked with Prime Focus on the 3D conversion, scanning the film’s original Technicolor camera negative in high-resolution 8K before transforming the 2D image frame-by-frame into 3D based on distances from the viewer’s vantage point.

“People have asked for years about ‘The Wizard of Oz’ 3D conversion,” said Ned Price, Warner Technical Operations’ VP of mastering. “My answer was always, ‘We’re not doing it until it’s perfect.’ And now it is,” “As a kid, I was so enthralled by this film. Watching it, you just want to enter the frame, enter the Land of Oz. This new version will allow you to do just that.”

Joe Kleimanhttp://wwww.themedreality.com
Raised in San Diego on theme parks, zoos, and IMAX films, InPark's Senior Correspondent Joe Kleiman would expand his childhood loves into two decades as a projectionist and theater director within the giant screen industry. In addition to his work in commercial and museum operations, Joe has volunteered his time to animal husbandry at leading facilities in California and Texas and has played a leading management role for a number of performing arts companies. Joe previously served as News Editor and has remained a contributing author to InPark Magazine since 2011. HIs writing has also appeared in Sound & Communications, LF Examiner, Jim Hill Media, The Planetarian, Behind the Thrills, and MiceChat His blog, ThemedReality.com takes an unconventional look at the attractions industry. Follow on twitter @ThemesRenewed Joe lives in Sacramento, California with his wife, dog, and a ghost.
Share
Facebook
Twitter
Linkedin
Email
Print
WhatsApp
Pinterest
ReddIt
Tumblr
Previous article
Holiday World Makes 2014 a Year of Thanksgiving with Addition of the Mayflower
Next article
Cartoon Network Amazone Completes the High Speed Humungaslide