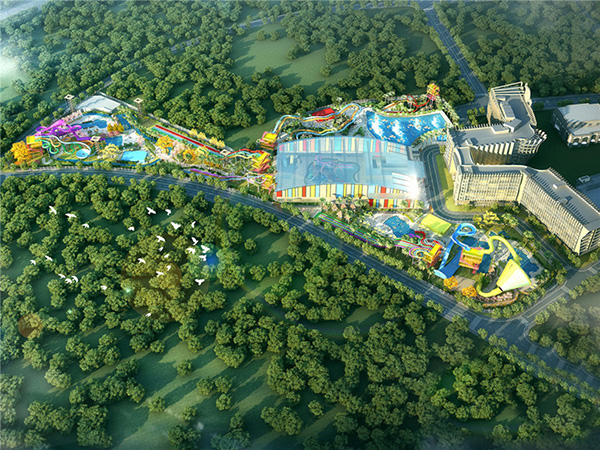 Village Roadshow Theme Parks (VRTP) delivered a 1H17 (half year ended December 31, 2016) EBITDA of $42.6 million, marginally up on the prior corresponding period’s EBITDA of $42.0 million. The division had a positive start to the 2017 financial year. VRTP’s second quarter, and consequently the 1H17 result, was significantly impacted by the tragedy which occurred at Dreamworld on 25 October 2016. The financial impact was largely offset by the usual recognition of deferred revenue.

The impact of the Dreamworld tragedy is analogous to airline travel after a widely publicised disaster. Village Roadshow’s Gold Coast theme park attendance (including Warner Bros. Movie World, Wet’n’Wild Gold Coast and Sea World) from 26 October 2016 to 7 February 2017 was down 8.4% on the prior corresponding period. The bulk of the decline was in the local Queensland market, with international and interstate attendance solid. Dreamworld is of course not a Village Roadshow park. The company believes that as concern ebbs, business will return to normal. Village Roadshow is advising the public that people can get on its rides without anxiety, just as they would jump on a Qantas or Virgin flight. To accelerate the return to confidence, the upcoming promotional campaign will focus on “The MAGIC can be yours NOW”.

VRTP continued to refresh the theme parks in 1H17. The groundbreaking virtual reality upgrade to Arkham Asylum, the DC Villains area and Doomsday ride were introduced successfully at Warner Bros. Movie World in September, enjoying positive guest feedback. The newly renovated Plaza area opened at Sea World in September, offering all-weather shelter for park guests and an enhanced food and retail program has reinvigorated that area of the park. A new Australian Outback Spectacular show featuring the 100th anniversary of the Lighthorse Charge opened in November 2016, and again, has been well received by the market. Page 5 ASX Release on Half-Year Report – 31 December 2016

At Village Roadshow Studios, the Thor production concluded in November, and will be followed by the DC Comics project, Aquaman. The production facilities will now be fully leased until the Commonwealth Games begin in 2018.

Work is underway to bring the first Topgolf to Australia at the Oxenford site in CY18, adjacent to Warner Bros. Movie World. Topgolf is a global leader in sports entertainment and has enjoyed enormous success. With over 20 sites opened in the USA so far, Topgolf has received outstanding paybacks. This project utilizes some of the vacant land at Oxenford and diversifies VRTP’s offering. The construction of another exciting new attraction at Warner Bros. Movie World has also commenced.

Wet’n’Wild Sydney opened its summer season on 24 September 2016 to solid attendance on warm weather days. The park introduced a number of enhanced guest experience initiatives, including a ride reservation system, additional shade and an enhanced food menu program. The park also introduced Dinosaur Lagoon, a themed animatronic exhibition. The guest experience initiatives and new attraction have been well received by guests. Events such as the Food Truck Festival and Halloween drew incremental attendance and are expected to develop into annual calendar staples.

Wet’n’Wild Las Vegas (50.09% owned by VRL) closed for the CY16 season in late September with an EBITDA result of A$2.7 million for the six months to 31 December 2016. The focus for this park will be on continued improvement of customer service to attract the local customer base.

VRTP is developing two major opportunities, with customary Asian long lead time. In addition to these projects, the six months to 31 December 2016 saw existing projects progress. Construction of the Mission Hills project (pictured above) continues and will bring China’s first Wet’n’Wild branded theme park to Haikou on Hainan Island. VRTP is currently providing consultation for the park’s development and will operate the park following its opening, expected in mid-2017. The

Lai Sun project for the development of the Lionsgate Entertainment World at Novotown on Hengqin Island also continues. This is an indoor experience centre, themed around some of Lionsgate’s key franchises, such as The Hunger Games and Twilight. VRTP is currently providing consultation for the experience centre’s development and will also manage its operations after opening, expected in late calendar year 2019.

Joe Kleimanhttp://wwww.themedreality.com
Raised in San Diego on theme parks, zoos, and IMAX films, Joe Kleiman would expand his childhood loves into two decades as a projectionist and theater director within the giant screen industry. In addition to his work in commercial and museum operations, Joe has volunteered his time to animal husbandry at leading facilities in California and Texas and has played a leading management role for a number of performing arts companies. Joe has been News Editor and contributing author to InPark Magazine since 2011. HIs writing has also appeared in Sound & Communications, LF Examiner, Jim Hill Media, and MiceChat. His blog, ThemedReality.com takes an unconventional look at the attractions industry. Follow on twitter @ThemesRenewed Joe lives in Sacramento, California with his fiancé, two dogs, and a ghost.
Share
Facebook
Twitter
Linkedin
Email
Print
WhatsApp
Pinterest
ReddIt
Tumblr
Previous articleLas Vegas’ Neon Museum Expanding With Grant From City of Las Vegas
Next articleStar Tours: The Adventures Continue Launches as Part of Disneyland Paris’ 25th Anniversary