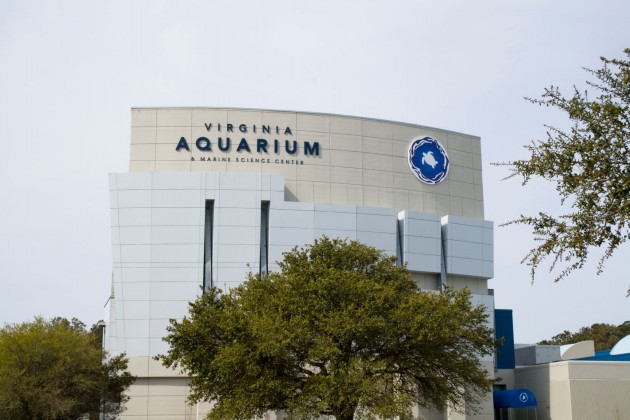 [quote]In addition to helping the aquarium dramatically reduce operating costs, this new theater will inspire a new generation of Virginia Aquarium visitors through unparalleled  ‘you are there’ immersive experiences.” — Derek Threinen, D3D[/quote]

Evanston, IL, USA (Sept. 18, 2014) – After a rigorous RFP process, D3D Cinema has been selected to upgrade the Virginia Aquarium and Marine Science Center’s giant screen theater to digital projection technology.  Located in Virginia Beach, the theater will be upgraded in October and will reopen to the public later that month after extensive renovations to other critical building systems, and installation of new theater carpeting and seating.

“Viewers will be transported to the farthest reaches of the planet and beyond to explore these amazing environments in previously unseen detail,” said Derek Threinen, Vice President of Distribution and Business Development for D3D.

“We are honored to have been selected to convert the giant screen theater at the Virginia Beach Aquarium to digital 3D,” said Don Kempf, President of D3D.   “In a relatively short period of time, the entire giant screen market will have converted from film to digital projection, and we are proud that D3D pioneered this market trend and now continues to lead the way.  Our core mission from the very beginning has been to enable museums, aquariums, and other cultural institutions around the world to dramatically lower their annual operating costs while at the same time maintaining a truly superior theatrical experience.   The Virginia Beach Aquarium represents another milestone achievement for us.”

Joe Kleimanhttp://wwww.themedreality.com
Raised in San Diego on theme parks, zoos, and IMAX films, InPark's Senior Correspondent Joe Kleiman would expand his childhood loves into two decades as a projectionist and theater director within the giant screen industry. In addition to his work in commercial and museum operations, Joe has volunteered his time to animal husbandry at leading facilities in California and Texas and has played a leading management role for a number of performing arts companies. Joe previously served as News Editor and has remained a contributing author to InPark Magazine since 2011. HIs writing has also appeared in Sound & Communications, LF Examiner, Jim Hill Media, The Planetarian, Behind the Thrills, and MiceChat His blog, ThemedReality.com takes an unconventional look at the attractions industry. Follow on twitter @ThemesRenewed Joe lives in Sacramento, California with his wife, dog, and a ghost.
Share
Facebook
Twitter
Linkedin
Email
Print
WhatsApp
Pinterest
ReddIt
Tumblr
Previous article
Apex Parks Group Acquires Fourteen FEC’s and One Waterpark from Parques Reunidos Subsidiary Palace Entertainment
Next article
Daytona Beach’s Museum of Arts and Sciences Opens New Planetarium Designed by VOA Associates