Spectacular Events, Art, and Performances Coming to London in 2016 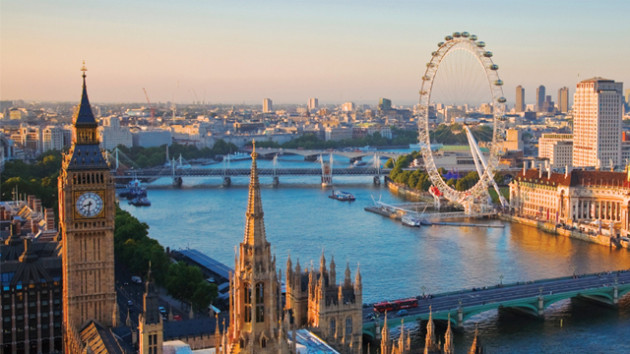 London, UK — Visitlondon.com, the official city guide for the capital, highlights the very best of what’s in store for visitors to London next year.

From blockbuster exhibitions, anniversaries and commemorations to light festivals and on-stage magic, 2016 in London is expected to captivate its ever-growing global audience. Unmissable events include:

Lumiere London 2016, 14-17 January: A host of international artists will illuminate the city with dazzling 3D projections, interactive installations and other extraordinary light works during this free-to-attend light festival.

Queen Elizabeth’s 90th Birthday: A whole host of celebrations are in store including the regal-themed Pret-a-Portea Afternoon Tea at the Berkeley Hotel, to the exhibition Fashioning a Reign at the Summer Opening of Buckingham Palace.

EXHIBITIONISM, Saatchi Gallery, 5 April – 4 September 2016: The first international exhibition on the Rolling Stones will take over the entire two floors of the Saatchi Gallery with 9 galleries, combining over 500 original Stones’ artefacts, with striking cinematic and interactive technologies.

New Tate Modern, 17 June 2016: The new Tate Modern with 60 per cent more display space will be unveiled with a complete re-hang, bringing together much-loved works from the collection with new acquisitions, and featuring over 250 artists from around 50 countries.

Harry Potter and the Cursed Child Parts I and II, The Palace Theatre, 6 June – 30 July 2016: The eighth story in the Harry Potter Series is based on an original tale by J.K. Rowling, Jack Thorne and John Tiffany, and features a cast of over 30.

These landmark events and nationwide celebrations are anticipated to draw significant numbers of international visitors. Over the past five years (2009-2014), the number of overseas visits to London have increased by 22.5 per cent, and for the last two years the capital has been hailed as the world’s most popular tourist destination by The Global Destinations Cities Index from Mastercard. This in-depth ranking of the 132 most travelled cities from around the world forecasts that London is projected to welcome 18.82 million international visitors in 2015.

Gordon Innes, CEO of London & Partners, the international promotional company for London which runs VisitLondon.com, said: “International visits to London are at a record high, so it’s exciting to know that our city is, once again, set to deliver another incredible programme of events in 2016 for visitors and Londoners alike.

“As VisitLondon.com, we are committed to promoting the city’s diverse tourism offer. Early 2016 will see the launch of a brand new international tourism campaign, as well as some very special projects and collaborations to maintain London’s leading tourism position. With global competition growing ever-stronger, London certainly isn’t resting on its laurels.”

Joe Kleimanhttp://wwww.themedreality.com
Raised in San Diego on theme parks, zoos, and IMAX films, Joe Kleiman would expand his childhood loves into two decades as a projectionist and theater director within the giant screen industry. In addition to his work in commercial and museum operations, Joe has volunteered his time to animal husbandry at leading facilities in California and Texas and has played a leading management role for a number of performing arts companies. Joe has been News Editor and contributing author to InPark Magazine since 2011. HIs writing has also appeared in Sound & Communications, LF Examiner, Jim Hill Media, and MiceChat. His blog, ThemedReality.com takes an unconventional look at the attractions industry. Follow on twitter @ThemesRenewed Joe lives in Sacramento, California with his fiancé, two dogs, and a ghost.
Share
Facebook
Twitter
Linkedin
Email
Print
WhatsApp
Pinterest
ReddIt
Tumblr
Previous article6th of 18 Productions in 18 Months Produced by STILETTO Entertainment Premieres on Celebrity Eclipse
Next articleLiseberg’s Andreas Veilstrup Andersen Elected Second Vice Chairman of IAAPA