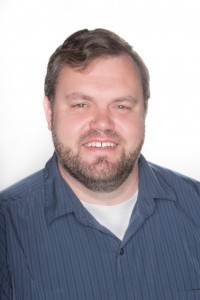 Mahlum, who has been with the firm since 2006, joins the firm’s other principals, Lisa Passamonte Green (CEO and Principal in Charge) and Ken Daniel (Director of New Ventures). A Chicago-area resident, he runs the Midwest U.S. office for Visual Terrain, and is currently leading design projects from South Africa, to Asia, as well as locally in Chicago and all over the U.S.

Educated at Carnegie Mellon University (MFA in Lighting Design) and the University of Wyoming (Bachelor of Fine Arts), Mahlum has designed dozens of projects over his seven years at Visual Terrain, and has won awards for his lighting in 2011 (IESNA Awards of Merit, Lumen West Awards of Excellence) and 2009 (TEA Thea Award).

“We are proud to have Mike on our team,” said Visual Terrain president David Green. “He is the ultimate team player — a leader, mentor, and very hard worker — and our clients love him too. By making him a principal, we are merely acknowledging the role he has already been playing.”

Mahlum retains his title of Director of Design and Production.

Joe Kleimanhttp://wwww.themedreality.com
Raised in San Diego on theme parks, zoos, and IMAX films, InPark's Senior Correspondent Joe Kleiman would expand his childhood loves into two decades as a projectionist and theater director within the giant screen industry. In addition to his work in commercial and museum operations, Joe has volunteered his time to animal husbandry at leading facilities in California and Texas and has played a leading management role for a number of performing arts companies. Joe previously served as News Editor and has remained a contributing author to InPark Magazine since 2011. HIs writing has also appeared in Sound & Communications, LF Examiner, Jim Hill Media, The Planetarian, Behind the Thrills, and MiceChat His blog, ThemedReality.com takes an unconventional look at the attractions industry. Follow on twitter @ThemesRenewed Joe lives in Sacramento, California with his wife, dog, and a ghost.
Share
Facebook
Twitter
Linkedin
Email
Print
WhatsApp
Pinterest
ReddIt
Tumblr
Previous article
VOA Associates Creating Master Plan for Wild Florida
Next article
Mousetrappe provides cinematic components for Space Shuttle Atlantis experience