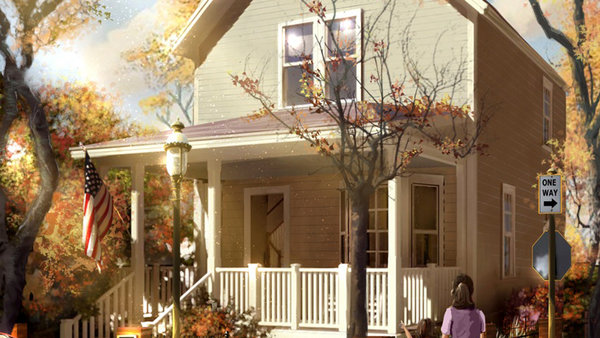 Los Angeles, CA, USA (March 3, 2016) — During Bob Iger’s opening remarks at the Disney shareholders meeting held in Walt Disney’s hometown of Chicago, The Walt Disney Company made a $250,000 pledge to the restoration of The Walt Disney Birthplace.

“Chicago holds a special place in the history of The Walt Disney Company,” Iger stated during the meeting,”The Disney story actually started here…in a house on Tripp Avenue, where Walt Disney was born.  The house is still standing at the corner of Tripp and Palmer in Hermosa, and it means a lot to us to see the effort to restore it back to its original condition….and to hear that it will one day be a children’s creativity center, inspiring future generations of young dreamers and innovators.”

Joe Kleimanhttp://wwww.themedreality.com
Raised in San Diego on theme parks, zoos, and IMAX films, Joe Kleiman would expand his childhood loves into two decades as a projectionist and theater director within the giant screen industry. In addition to his work in commercial and museum operations, Joe has volunteered his time to animal husbandry at leading facilities in California and Texas and has played a leading management role for a number of performing arts companies. Joe has been News Editor and contributing author to InPark Magazine since 2011. HIs writing has also appeared in Sound & Communications, LF Examiner, Jim Hill Media, and MiceChat. His blog, ThemedReality.com takes an unconventional look at the attractions industry. Follow on twitter @ThemesRenewed Joe lives in Sacramento, California with his fiancé, two dogs, and a ghost.
Share
Facebook
Twitter
Linkedin
Email
Print
WhatsApp
Pinterest
ReddIt
Tumblr
Previous articleTom Alexander Joins TopTix as Global Director of Marketing
Next articlePrelite Previsualizes Super Bowl 50 Halftime Show