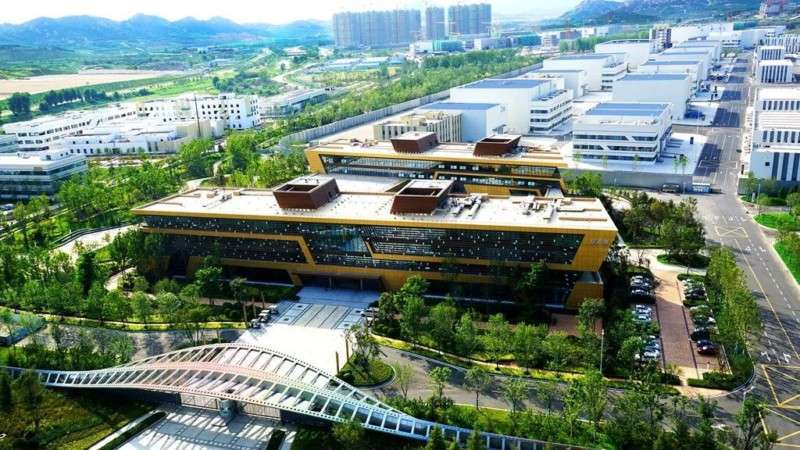 Movie production is a technologically sophisticated industry. While China is already the world’s second-largest movie market, its movie production is still in the early stages of development and is yet to establish a complete industrial system integrating shooting, post-production, publicity and distribution, and release, and has even more work to do in “hardware,” where the lack of high-tech studios, advanced shooting equipment and digital post-production processes has become a serious constraint, with the result that most Chinese movies have to do their post-production in Hollywood and even Korea and Japan. The level of industrialization of movie production has a direct bearing on the long-term development of China’s film industry.

The Qingdao Movie Metropolis covers a land area of 166 hectares. According to plans, its production zone will have 52 high-tech studios, including 30 completed in the first phase and 10 under construction in the second phase, including the world’s largest studio measuring 10,000 sq. m., the world’s only integrated outdoor and indoor underwater studio, a comprehensive costumes and props workshop, and a world-leading post-production workshop, among others. The Metropolis’s shooting zone covers 60 hectares of land and is home to a wide range of scenes such as Continental European streets and Old Shanghai scenes, which meet the shooting needs of different movie genres. 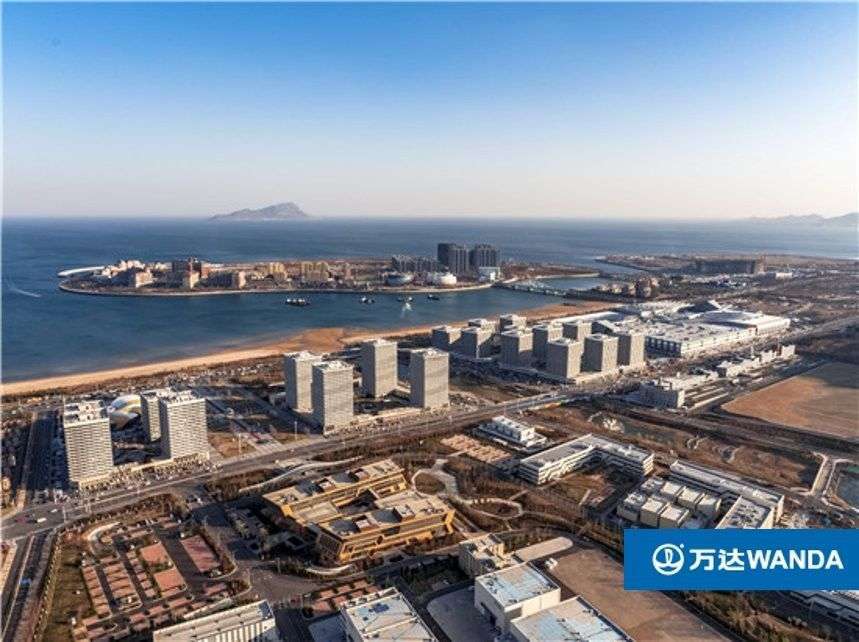 Planned as a one-stop movie production world, the Metropolis, which integrates global movie and television production resources, provides movie companies with professional services up to international standards, in addition to one-stop services such as customs clearance, visas, human resources, finance, and logistics provided by relevant government authorities, all of which are needed by international movie studios.

The Metropolis is supported by dedicated funds, including a RMB 5 billion movie and television development fund, 50:50 funded by the Qingdao municipal government and Qingdao West Coast New Area, Wanda Group and Sunac China, which offers a 20-40% production subsidy to qualifying productions; and a fund established by the Qingdao municipal government which offers a maximum of a 10% subsidy to movie companies registered and operating in the Metropolis.

The Metropolis features all kinds of supporting facilities for movie and television production. Among them are included the Metropolis Theater, with a capacity of 2,000 seats, which can hold movie festival opening and closing ceremonies; a mega-size Wanda Mall, which is comprised of an indoor theme park, a water park, China’s largest movie theater with 30 screens, and a large-scale business center, with innovative facilities including the world’s first indoor suspended roller coaster, the world’s first indoor vertical drop flume, and 3D interactive cinema; a large-scale stage show, “The Eight Immortals Crossing the Sea”; a cluster of four high-star resorts and hotels; and a world-class international hospital, international school, yacht marina and club.

The Qingdao Movie Metropolis will accelerate the entry of China’s movie production into the industrial era and the internationalization of Chinese movies.

Joe Kleimanhttp://wwww.themedreality.com
Raised in San Diego on theme parks, zoos, and IMAX films, InPark's Senior Correspondent Joe Kleiman would expand his childhood loves into two decades as a projectionist and theater director within the giant screen industry. In addition to his work in commercial and museum operations, Joe has volunteered his time to animal husbandry at leading facilities in California and Texas and has played a leading management role for a number of performing arts companies. Joe previously served as News Editor and has remained a contributing author to InPark Magazine since 2011. HIs writing has also appeared in Sound & Communications, LF Examiner, Jim Hill Media, The Planetarian, Behind the Thrills, and MiceChat His blog, ThemedReality.com takes an unconventional look at the attractions industry. Follow on twitter @ThemesRenewed Joe lives in Sacramento, California with his wife, dog, and a ghost.
Share
Facebook
Twitter
Linkedin
Email
Print
WhatsApp
Pinterest
ReddIt
Tumblr
Previous articleLEGOLAND Florida Resorts Will Bring the LEGO Movie to Life in New Themed Land Spring 2019
Next articleRegistration Opens for WWA Show 2018 in Las Vegas