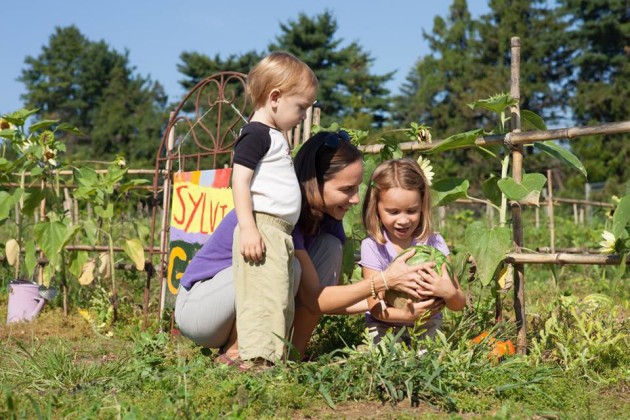 Las Vegas, NV, USA – Watermelon Magic is a tender film about young Sylvie who sees the magic in growing her own food and sharing it with others. The film is great for audiences of all ages. The film colorfully highlights Sylvie’s passion to grow watermelons from seed-to-flower-to-fruit.

The plants ‘magically’ grow and come to life with special time-lapse sequences created from more than 200,000 still images animated to motion – an expert technique which gives this film a unique and dynamic style.

The film explores the elementary scientific concepts of the life cycle of plants. Through humor and drama, audiences experience the challenges and rewards of farm-to-table and community supported agriculture.

Big & Digital announces that Watermelon Magic will be shown on Earth Day Weekend, (April 22-24) at the following Theaters:

Each theater will have seeds to give to visitors compliments of Seeds of Change. Theaters are conducting an online social media contest to give away a beautiful Gift Basket including a DVD and Book autographed by the producer and Sylvie; plus, and lots of garden tools and playful items.

The Official Film website can be found at: www.watermelonmagic.com

Watermelon Magic is available at the Earth Day Theaters listed above and at these museums/attractions for school group bookings through December 2016:

A new Spanish soundtrack is now available for Watermelon Magic. The film will open in Ecuador at Cinema Malecon on April 20 in Spanish and is available to other Theaters.

Joe Kleimanhttp://wwww.themedreality.com
Raised in San Diego on theme parks, zoos, and IMAX films, InPark's Senior Correspondent Joe Kleiman would expand his childhood loves into two decades as a projectionist and theater director within the giant screen industry. In addition to his work in commercial and museum operations, Joe has volunteered his time to animal husbandry at leading facilities in California and Texas and has played a leading management role for a number of performing arts companies. Joe previously served as News Editor and has remained a contributing author to InPark Magazine since 2011. HIs writing has also appeared in Sound & Communications, LF Examiner, Jim Hill Media, The Planetarian, Behind the Thrills, and MiceChat His blog, ThemedReality.com takes an unconventional look at the attractions industry. Follow on twitter @ThemesRenewed Joe lives in Sacramento, California with his wife, dog, and a ghost.
Share
Facebook
Twitter
Linkedin
Email
Print
WhatsApp
Pinterest
ReddIt
Tumblr
Previous articleBaAM Productions Awarded by Canadian Event Industry for 2015 Pan Am Games Closing Ceremony
Next articleSeaWorld Orlando Shares the Story of “Mako Rising” with Special Live Presentation