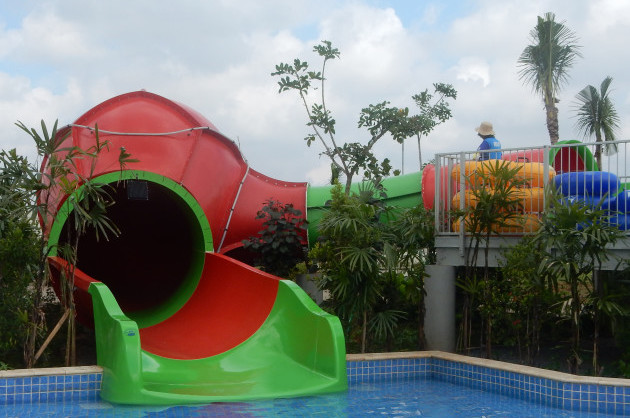 Richmond, BC, Canada (April 29, 2015) — A large waterpark in Indonesia is home to the world’s first Kid’s AquaSphere and Kid’s Boomerango. The waterpark, named Go! Wet, is the centerpiece of a new master planned community in Eastern Jakarta, Indonesia, called Grand Wisata. This residential project offers all the amenities of a full-service city and more including a fun place to cool off.

Supplied exclusively by WhiteWater, the waterpark will feature the world’s first Kid’s Boomerango and Kid’s AquaSphere set in a dedicated kid’s play area. WhiteWater’s Kid’s Slides are designed specifically with gentle speeds and slopes into shallower pools to ensure a safe and fun experience. Kid’s sized iconic waterslides provide little ones with an equivalent experience to that of the ‘big kid’ waterslides. The waterpark is also outfitted with an assortment of iconic waterslides, two AquaPlay™ structures, the largest wave pool in Indonesia and a wave river.

Michael Ayotte, an important player in the construction of Go! Wet waterpark, was the dedicated WhiteWater Project Manager, “It was fun seeing these miniature versions of our usually massive waterslides come to life. Grand Wisata went above and beyond at their waterpark to provide younger visitors with the same level of excitement that their older brothers and sisters will experience!” 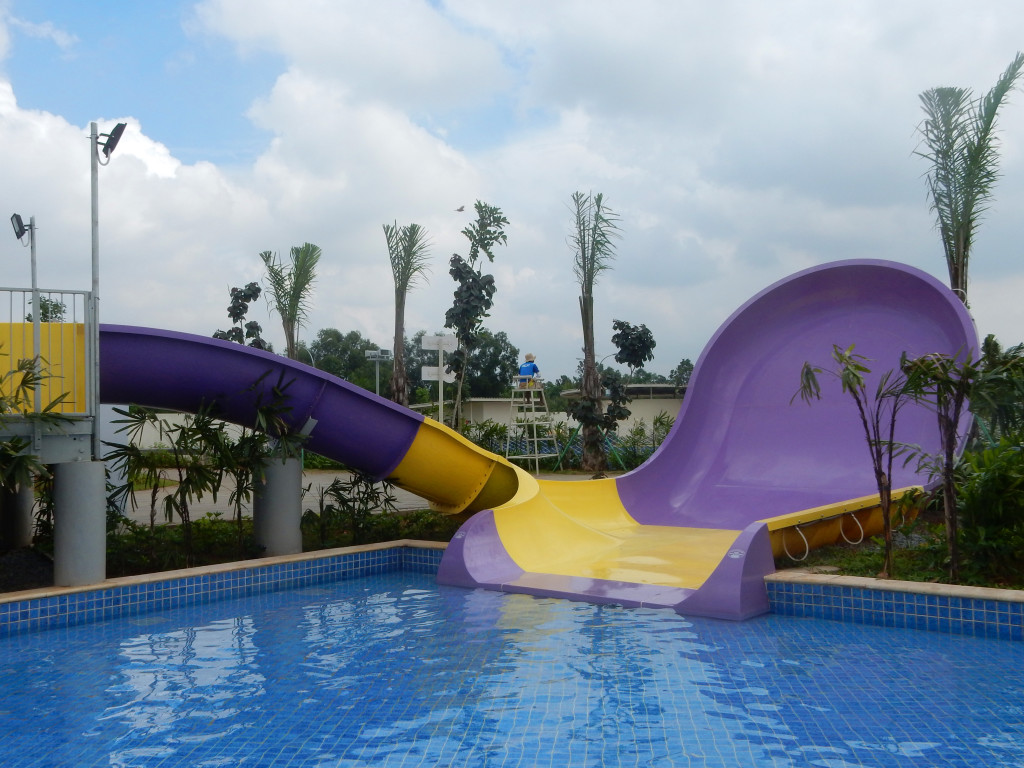 Go! Wet is a 5 acre waterpark, the largest in all of Indonesia, and can accommodate approximately 6,000 visitors per day. Go! Wet hopes to attract tourists and visitors from abroad while still catering to local park guests. The park’s slogan, ‘The Natural Gateway to Excitement’, is evident throughout the waterpark as engaging characters come to life in two custom themed AquaPlay™ structures. The smaller of the two showcases a pirate theme while the larger features a mad scientist theme designed to ignite kid’s imaginations.

Joe Kleimanhttp://wwww.themedreality.com
Raised in San Diego on theme parks, zoos, and IMAX films, InPark's Senior Correspondent Joe Kleiman would expand his childhood loves into two decades as a projectionist and theater director within the giant screen industry. In addition to his work in commercial and museum operations, Joe has volunteered his time to animal husbandry at leading facilities in California and Texas and has played a leading management role for a number of performing arts companies. Joe previously served as News Editor and has remained a contributing author to InPark Magazine since 2011. HIs writing has also appeared in Sound & Communications, LF Examiner, Jim Hill Media, The Planetarian, Behind the Thrills, and MiceChat His blog, ThemedReality.com takes an unconventional look at the attractions industry. Follow on twitter @ThemesRenewed Joe lives in Sacramento, California with his wife, dog, and a ghost.
Share
Facebook
Twitter
Linkedin
Email
Print
WhatsApp
Pinterest
ReddIt
Tumblr
Previous articleRoving Reporter at AAM
Next articleTivoli Previews Beatles Theatre Production with New Fireworks Spectacular