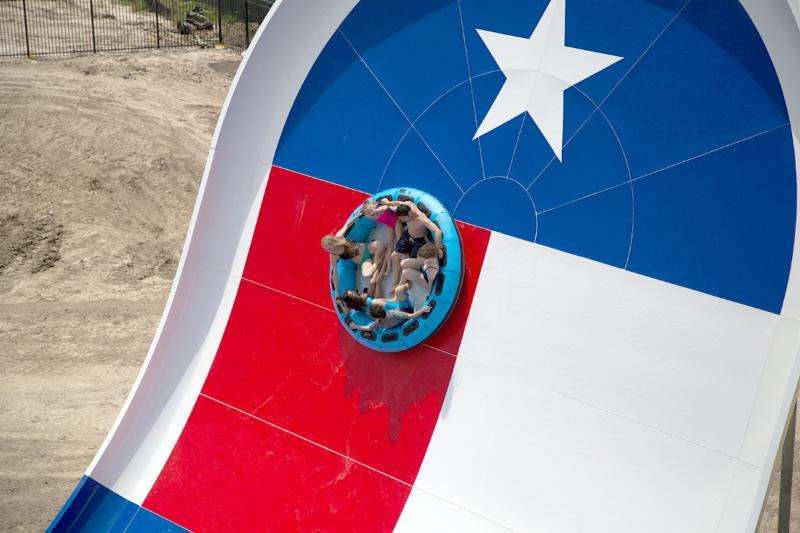 On May 28th, 2016, developers Keith Dalton, Terry Hlavinka, and Ray DeLaughter opened their 25-acre waterpark, Typhoon Texas, to the world with attractions from WhiteWater. The momentous occasion was the successful culmination of their three-year quest to bring world-class family entertainment to Katy, Texas. 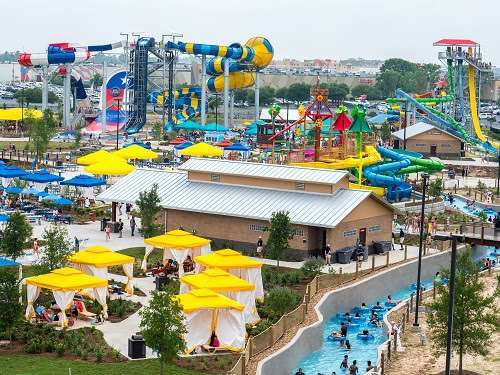 The city of Katy had been approached on six prior occasions with waterpark proposals, but each had been rejected as they waited for a private developer to undertake the project. The city got their wish when Texas A&M classmates Dalton and Hlavinka, along with DeLaughter, approached them with their plans. 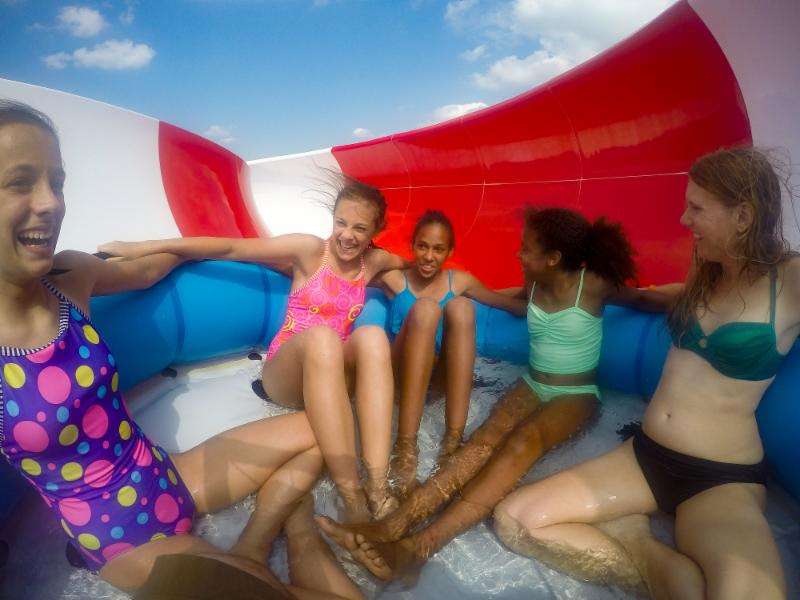 Typhoon Texas is brimming with fun and thrilling slides. From the twists and turns at The Snake Pit to the thrilling drops and loops of The Duelin’ Daltons, there is no shortage of exhilarating experiences to be found. However, there is one slide that seems to have created something of a bragging rights’ feat that has guests lining up over and over again to complete. 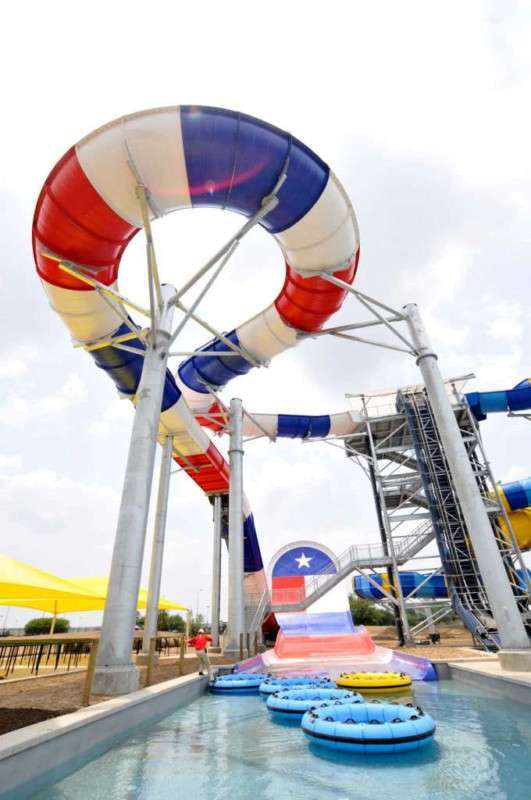 If you head over to the Monster Storms slide tower, you’ll see two six-person family raft slides, The Typhoon, an AquaSphere-Constrictor fusion slide, and the park’s eponymous Texas Twister, the Texas flag-covered Boomerango.

It’s the shot of that Texas flag, covered with a raft of ecstatic riders that has become synonymous with Typhoon Texas, and it’s that flag’s star that has become the ‘brass ring’ of the ride. The Texas Twister is as iconic for its look as it is for its must-do experience.

Guest after guest try their luck at touching the star as the raft soars up the wall of the Boomerango, having to time it just right to complete the task. If they don’t do it on the first try, they’ll line up again, readjust their approach, and try again, just to be able to say that they’ve, ‘touched the star’.

Also in Texas, WhiteWater is approximately eight months away from the opening of Epic Waters, the 62,000 square-feet indoor waterpark located in Grand Prairie. Just one component of the mega-recreation center, The Epic, Epic Waters, once completed, will be the most epic Parks and Recreation project ever undertaken.

OpenAire’s retractable roof is now up, with an 83-feet high cupola to house the tallest indoor AquaLoop in the United States. Epic Waters will be home to many firsts, including the first indoor Boomerango-Constrictor fusion slide and the first indoor two-person inner tube AquaSphere.

When the park finally opens in November, guests will experience the thrilling fun of WhiteWater’s slides and FlowRider surf simulator.

Joe Kleimanhttp://wwww.themedreality.com
Raised in San Diego on theme parks, zoos, and IMAX films, InPark's Senior Correspondent Joe Kleiman would expand his childhood loves into two decades as a projectionist and theater director within the giant screen industry. In addition to his work in commercial and museum operations, Joe has volunteered his time to animal husbandry at leading facilities in California and Texas and has played a leading management role for a number of performing arts companies. Joe previously served as News Editor and has remained a contributing author to InPark Magazine since 2011. HIs writing has also appeared in Sound & Communications, LF Examiner, Jim Hill Media, The Planetarian, Behind the Thrills, and MiceChat His blog, ThemedReality.com takes an unconventional look at the attractions industry. Follow on twitter @ThemesRenewed Joe lives in Sacramento, California with his wife, dog, and a ghost.
Share
Facebook
Twitter
Linkedin
Email
Print
WhatsApp
Pinterest
ReddIt
Tumblr
Previous article
Peter Rahill Joins ITEC as Project Director
Next article
Jora Vision Celebrates Successful Collaboration with Kolmården Wildlife Park