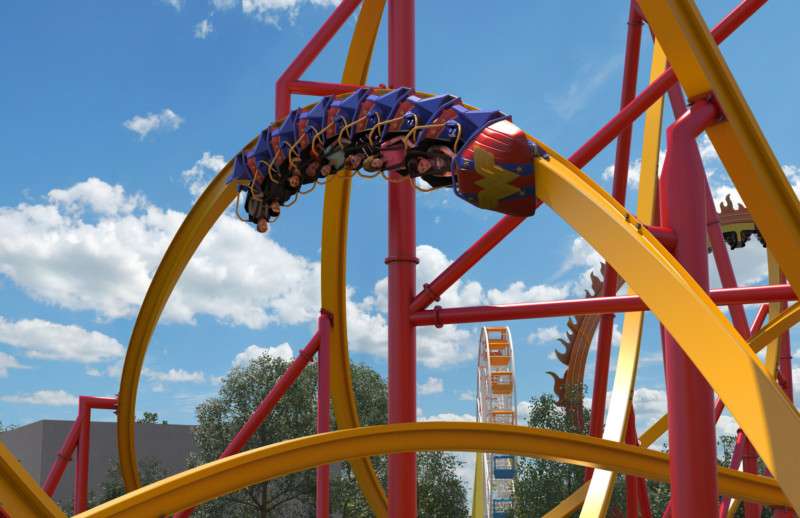 WONDER WOMAN™ Golden Lasso Coaster features three single seat trains (in themed colors of red, yellow and blue) that race along a slender yellow track supported by massive red supports. As guests enter the ride queue, they will be greeted by a likeness of Wonder Woman herself and immersed in the story of her life and how she obtained her super powers. Guests will be surrounded by tropical landscaping, Greek architecture, and even Steve Trevor’s crashed plane. After boarding their streamlined ride vehicle, the sensory journey begins, as riders are called upon to emulate Wonder Woman’s determination to improve the world and fight the forces of corruption and evil. Riders will race through a one-of-a-kind 90-degree drop, overbanked wave turn, zero-g roll and a steep uphill spiral.

As the first of its kind in the world, WONDER WOMAN™ Golden Lasso Coaster features:

The world’s first Raptor from Rocky Mountain Construction, a one-of-a-kind single-rail coaster on a visually impressive I-beam no wider than 15.5 inches;

A moving loading station to expedite entering and exiting the ride; and

Going for a Ride: Engineering thrills