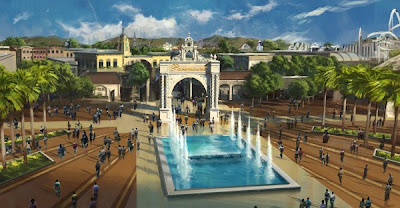 Alhama de Murcia, Spain /Marketwire/ — Proyectos Emblemáticos Murcianos S.A. (PREMURSA) achieved another milestone inthe development of the Paramount theme park and LifeStyle Center in Alhama de Murcia on the morning of May 31, 2012, during a formal ceremony presided over by Ramón Luis Valcárcel, President of the Autonomous Community of Murcia; Joaquín Bascuñana, Delegate of the Government for the Region of Murcia; Alfonso Fernando Cerón, Mayor of the Town Hall of Alhama de Murcia; Michael Bartok, Executive Vice President of Paramount Licensing Inc.; and Jesús Samper, President and CEO of PREMURSA.

After purchasing the project land on March 7th, 2012, the groundbreaking ceremony took place on May 31 and, according to Jesús Samper, “the project will become an international tourist destination estimated to welcome more than 3 million visitors per year.” 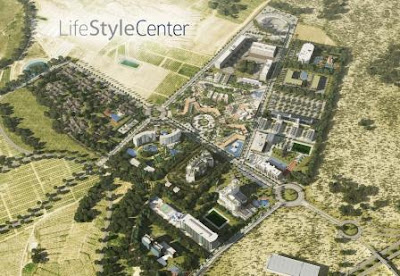 Michael Bartok declared Paramount’s goal in Spain is the “establishment of a state-of-the-art theme park intended to attract and entertain both locals and tourists alike.” That goal, according to Mr. Bartok, is bolstered by the region of Murcia “because of its outstanding location and climate as well as its variety of cultural and leisure attractions.”

Furthermore, the first Paramount theme park in Europe and the LifeStyle Center will contribute to the economic development of the Region of Murcia by generating more than 22 thousand jobs, both directly and indirectly. In anticipation of receiving thousands of job applications, PREMURSA will create a virtual office on its website (www.premursa.com) in the coming weeks to facilitate the processing of applications from individuals and companies interested in participating in the project. 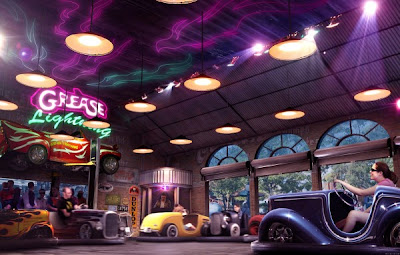 The ceremony is a milestone in the development of a project that will come to fruition in the spring of 2015, with the opening of the Paramount theme park and the LifeStyle Center.

The Paramount theme park will include state-of-the-art attractions for all ages and will feature a retail spine along with four themed lands and two themed hotels.

Adjacent to the Paramount theme park, the LifeStyle Center will include a large hotel, commercial and leisure area that will be home to a street mall, restaurants, bars, night clubs and a casino. 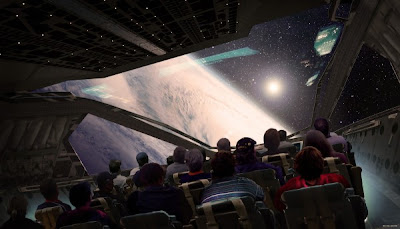 About PREMURSA
The Paramount theme park and the LifeStyle Center are promoted by Proyectos Emblemáticos Murcianos S.A. (PREMURSA), constituted by Santa Mónica Financial Services S.L., Región de Murcia Turística S.A.(REMUTURSA), and Instituto de Fomento de la Región de Murcia (INFO. This company is the holder of an exclusive, long term, license from Paramount Licensing Inc. for the construction and operation of a Paramount-branded theme park and hotel in Spain.)

Joe Kleimanhttp://wwww.themedreality.com
Raised in San Diego on theme parks, zoos, and IMAX films, InPark's Senior Correspondent Joe Kleiman would expand his childhood loves into two decades as a projectionist and theater director within the giant screen industry. In addition to his work in commercial and museum operations, Joe has volunteered his time to animal husbandry at leading facilities in California and Texas and has played a leading management role for a number of performing arts companies. Joe previously served as News Editor and has remained a contributing author to InPark Magazine since 2011. HIs writing has also appeared in Sound & Communications, LF Examiner, Jim Hill Media, The Planetarian, Behind the Thrills, and MiceChat His blog, ThemedReality.com takes an unconventional look at the attractions industry. Follow on twitter @ThemesRenewed Joe lives in Sacramento, California with his wife, dog, and a ghost.
Share
Facebook
Twitter
Linkedin
Email
Print
WhatsApp
Pinterest
ReddIt
Tumblr
Previous articleMerlin Entertainments Announces Company’s First Attraction in Canada
Next articleGhiradelli Opens Newest Outlet Inside California Adventure Park