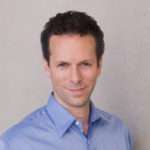 Before joining FoxNext Destinations, Zachary was Vice President, Business Development and Operations for Disney Consumer Products & Interactive Media, where he focused on franchise extensions ranging from augmented reality initiatives to theme park shows. He earned an MBA from Stanford University and a BA from University of Pennsylvania. He is an avid visitor to theme parks and waterparks, having visited more than 100 with his family.

Mehta commented: “As we look to aggressively expand our plans around theme parks and location-based entertainment, we are fortunate to have an executive as skilled and passionate as Marc on the team. His expertise will help us expand our portfolio to locations around the world.”

Joe Kleimanhttp://wwww.themedreality.com
Raised in San Diego on theme parks, zoos, and IMAX films, InPark's Senior Correspondent Joe Kleiman would expand his childhood loves into two decades as a projectionist and theater director within the giant screen industry. In addition to his work in commercial and museum operations, Joe has volunteered his time to animal husbandry at leading facilities in California and Texas and has played a leading management role for a number of performing arts companies. Joe previously served as News Editor and has remained a contributing author to InPark Magazine since 2011. HIs writing has also appeared in Sound & Communications, LF Examiner, Jim Hill Media, The Planetarian, Behind the Thrills, and MiceChat His blog, ThemedReality.com takes an unconventional look at the attractions industry. Follow on twitter @ThemesRenewed Joe lives in Sacramento, California with his wife, dog, and a ghost.
Share
Facebook
Twitter
Linkedin
Email
Print
WhatsApp
Pinterest
ReddIt
Tumblr
Previous articleVortex International Launches New Interactive Explora Splashpad Collection
Next articleTickets for 2017 TEA SATE Conference at CalArts Sell Out Ahead of Event