Continuing the series begun with last week’s article by Rick Rothschild, once again we dig into the InPark Archives to bring you a look back to the future of the industry as it appeared in 2008. Here, iconpath’s Michael Reid shares predictions for the themed entertainment industry. Originally published in our Winter 2008 issue. — M.P. 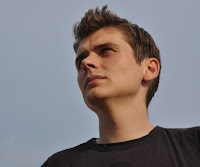 “With 2007 now behind us, it’s a great time to pause to think about what lies ahead in Themed Entertainment. While change often seems to be the only constant in our industry, here are four trends to keep your eye on.

“Rising oil prices, fluctuating currencies and volatile financial markets will continue to impact on guests’ travel plans – encouraging domestic travel for many while making international travel newly affordable for certain regions of the globe. Budget conscious customers will shy away from the unknown, instead favoring repeat visitation to attractions that offer consistent, high quality experiences and value for money. This encourages reinvention and enhancement of facilities instead of investing in completely new ones. In an effort to secure every last discretionary dollar, new products tailored to specific market segments will emerge such as Universal’s front-of-the-line Express Plus Pass and Disney’s Magic Your Way flexible, customized ticketing.

“Despite the challenging economic landscape, the industry continues to grow in leaps and bounds with new competition coming from moreandmoresources. The emergence of indoor water parks in North America, the upcoming lineup of World Expos in Spain, China and Korea and increasing home entertainment options are all fighting for the same share of wallet and mind. To combat this trend look for more seasonal special events and operators licensing content and even entire park concepts to create unique points of difference. Recent examples include Universal’s Simpsons and Harry Potter attractions and Paramount, Warner Bros., MGM, Dreamworks and Universal’s deals with developers to create eight separate parks in Asia and the Middle East alone!

“After a lengthy period of secrecy about future projects, operators are once again freely sharing information with Wall Street and the general public. Instead of projects leaking on the web thanks to employees and zealous fans, more and more companies will take the lead by making long term announcements (such as Disney’s ambitious multi-year plans for California Adventure), to build excitement even before ground breaking. Complementing this trend is increased online interactivity and community development- allowing people to extend their experiences before, during and after visits (such as online photo and video sharing, trip planners, blogs, virtual worlds and games).

“At the 2007 IAAPA Expo, it was fascinating how often presenters and exhibitors extolled the virtues of family friendly experiences more than 50 years after Disney proved the power of this idea. With the incredible drawing power of family-sized thrills like Disney’s Expedition Everest and the on- going struggle of super-sized thrills like Six Flags, expect to see an even greater focus on family friendly adventures. However, “family” should never be confused with simplicity; the smaller the thrill, the more important the story and themed environment that supports it.

“Whether you’re a guest or an industry insider, 2008 definitely looks set to be a fascinating year!”